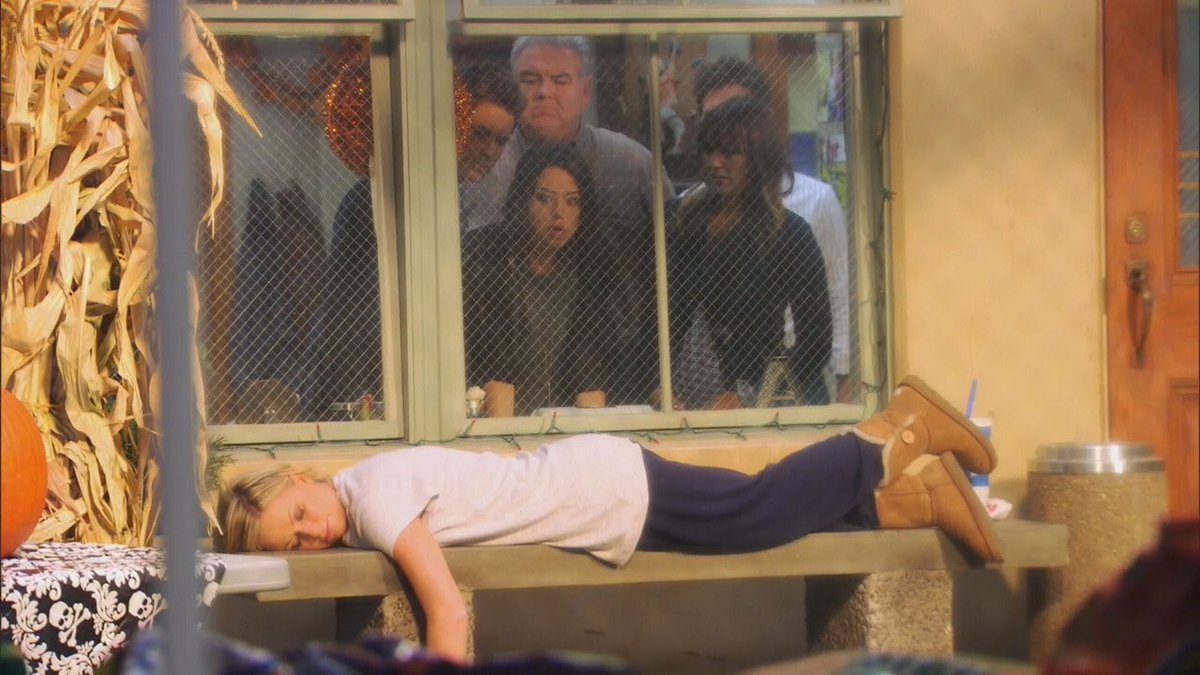 I am Leslie Knope always, but I am specifically Leslie Knope when she got recalled from City Council today. When the votes come in and Leslie is recalled, the next time we see her, she’s … well, a mess. Ben warns the Parks and Recreation department that she is not herself, and she comes in wearing Ugg boots, blue sweatpants, and an “I Hate Mondays” shirt with Garfield the cat on it while eating Paunch Burger.

So … you know, how we all feel today, regardless of the possibility of victory.

I’m not trying to be hopeful or pessimistic right now. I’m barely trying to exist. What we’re reaffirming about this country right now is that people would rather vote for racism and bigotry to thrive if it benefits them. Yes, it is looking promising for Joe Biden right now, but the fact that it wasn’t a blowout shows major problems with the way this country functions (not to mention voter suppression).

So sure, I like that the odds that Joe Biden could be president are looking up. I’m happy that I might not have to deal with four more years of Donald Trump, but I’m also confronted with how many monsters also live in this country and have no regard for anyone but themselves and how their lives can be unchanged.

This is a frustrating and nerve-racking day only made worse by our current sitting president and his declarations about a stolen election despite the fact that they’re just counting ballots as normal—just with a whole lot more mail-in ballots this year. It’s exhausting. I want to do nothing more than eat gross greasy food and lie around in sweats and just pretend like nothing matters anymore. (Despite the fact that I’m TOO aware of how much this all matters and if I start to think about the overwhelming possibilities of what could happen even if Trump loses, I start to panic.)

So, with all that in mind, I just feel like Leslie Knope, but not the Leslie Knope I want to be. I feel like the Leslie who has finally given up a bit, who is so discouraged that she doesn’t know what to do. But, the good thing about feeling like Leslie Knope is that I know that I will eventually pick myself and start fighting for what’s right once more. Hopefully, that fight will be with Joe Biden as my president, who will listen to reason and help the United States.

But for today, I’m going to either go get pizza or maybe some McDonalds and just lie around and watch some trash television for a little while because … damnit, we deserve to take a break from doom scrolling.