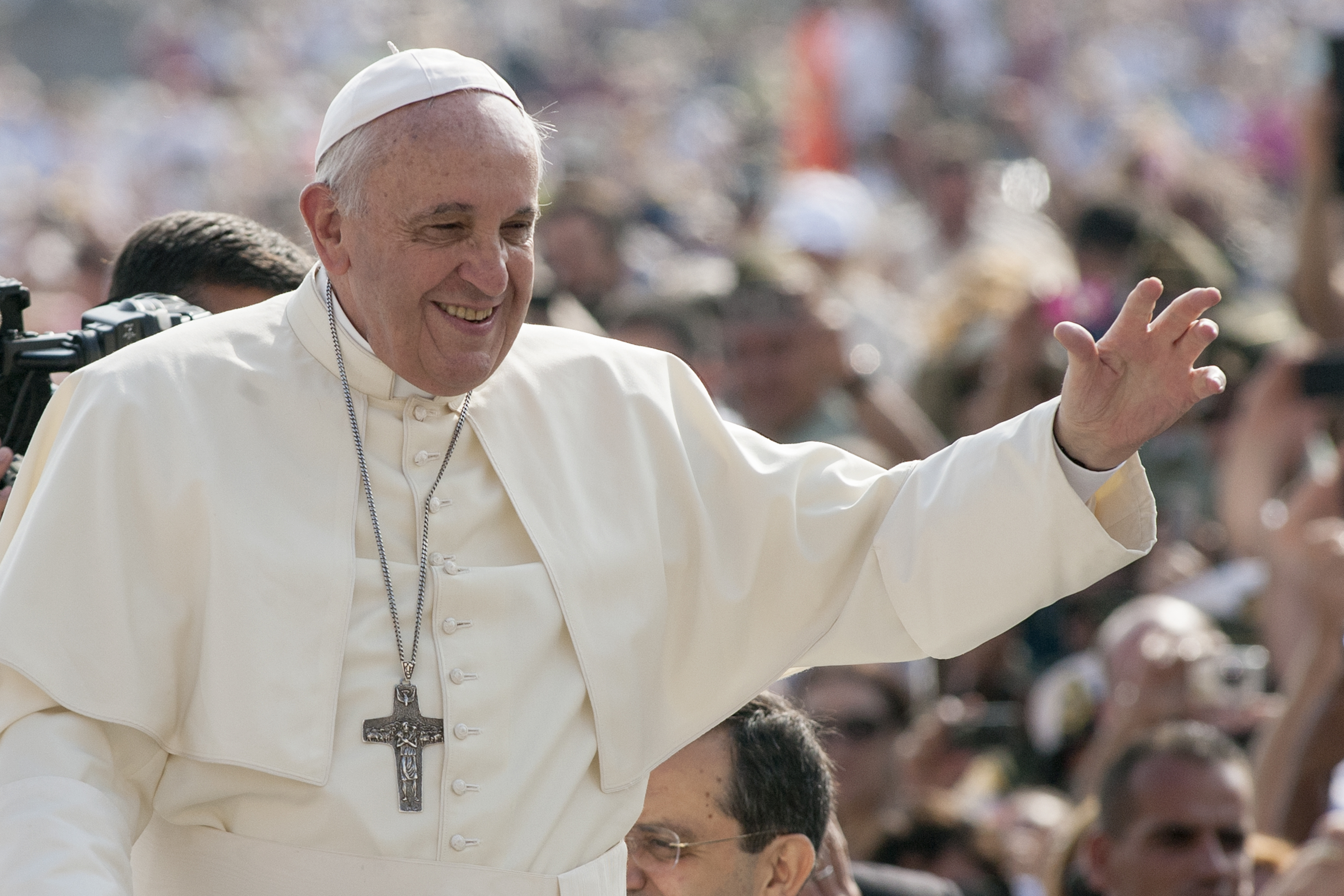 Here’s an uncomfortable reminder that, although Pope Francis might be remarkably liberal for a Pope, that’s really not saying much.

The Vatican initially told NPR that it would “neither confirm nor deny” that Pope Francis met with Kim Davis, the Kentucky clerk who refused to issue marriage licenses to gay and lesbian couples, during his visit to D.C. last week. However, Vatican spokesman Father Federico Lombardi revealed Wednesday that “I cannot not deny the meeting took place but I have no comments to add.” Liberty Counsel, the group that has been legally representing Davis, also confirmed the meeting.

I put my hand out and he reached and he grabbed it, and I hugged him and he hugged me. And he said, ‘thank you for your courage.’ […] Just knowing the Pope is on track with what we’re doing, and agreeing, you know, kind of validates everything […] I’ve weighed the cost, and I’m prepared to do whatever it takes.

Davis says the Vatican reached out to her several weeks prior to Francis’ visit to arrange a meeting. While in D.C., Davis—who has had 4 (tragically heterosexual) marriages herself—also received a Cost of Discipleship award at the Family Research Council’s Values Voter Summit on Friday night.

On his flight back to Rome, the pope was asked during a press conference if he would support government officials who say they cannot in good conscience discharge their duties — for example, issuing same sex marriage licenses.

Without referring to Kim Davis, the pope said conscientious objection is a right that is part of every human right.

Although Francis has been tacitly supportive of the LGBTQ+ community, his meeting with Davis shouldn’t be surprising considering A) He’s the head of the Catholic Church, no duh! and B) implied support is not the same as actually advocating for someone’s rights.

That’s also evidenced in Francis’ handling of women’s issues; earlier this year he issued an unprecedented pardon for women who have had abortions and doctors who have performed the procedure, but abortion is still considered a mortal sin and punishable by excommunication. Acts of mercy are not the same as acts of advocacy, and religious members of marginalized groups deserve more than subtextual support.

I don’t think there’s anything wrong with loving Francis for what he has done to improve the lives of women and the LGBTQ+ community—considering the limited framework he has to work within, the support he’s shown has been considerable.

But it was easy to be caught up in Pope Madness last week (at least here in New York), and, as someone who’s very susceptible to the power of religious figures and iconography, the news that he met with Davis and allegedly voiced his support for her mission of bigotry was an important wake up call for me: A Pope can only ever be so “cool.”

Pope Francis may stand for great things, at least in the wider history of Catholicism. But he may never truly stand up for me.