Trump Supporters Are Now Going After the Pope With Biblesplaining Tweets

Because sure, why not? 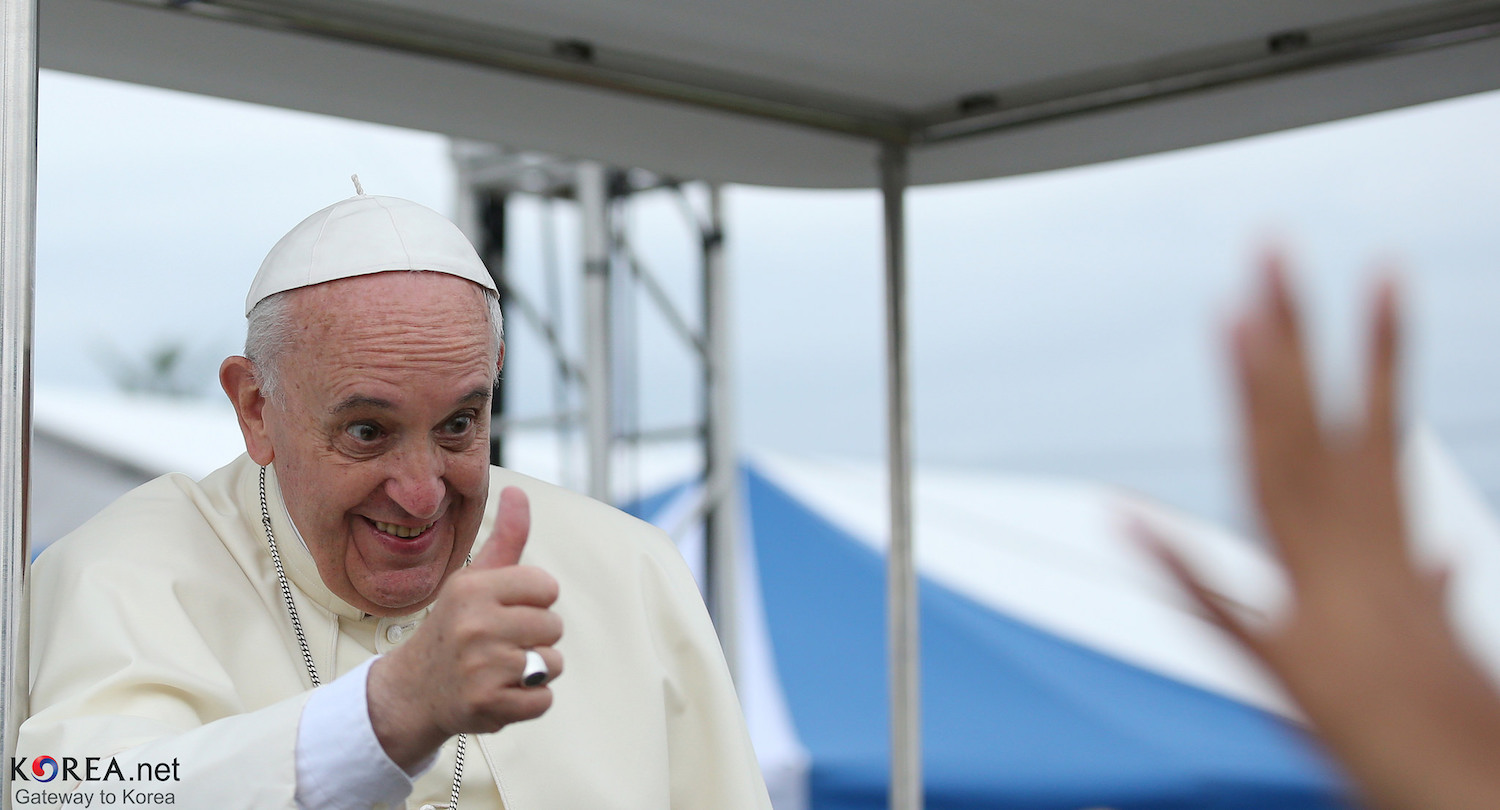 Of all the many, many people who have caught the ire of Donald Trump and his followers on Twitter, one of the strangest has to be Pope Francis. The public disagreements seem to have started about a year ago during the Republican primaries, when the Pope responded to a question from a reporter, asking about his view on Trump. Francis responded that “A person who thinks only about building walls, wherever they may be, and not building bridges, is not Christian.”

As you’d expect, Trump didn’t take too kindly to those words. A shame, since before that, the two had so much in common.

The new Pope is a humble man, very much like me, which probably explains why I like him so much!

Anyway, given that for many right-leaning Americans, their religious values and political values are one and the same, you might think that having your president and you Pope at odds would be a difficult position to find yourself in. Apparently, for many Christian and Catholic Republicans, that’s not the case, though. For them, anyone who criticizes Trump is automatically added to that “haters and losers” list, and the Pope himself is no exception.

Last week, he posted a plea to Twitter for followers to consider “How often in the Bible the Lord asks us to welcome migrants and foreigners, reminding us that we too are foreigners!”

Without mentioning Trump by name, it’s hard not to see that as a pretty direct subtweet in response to the recent travel ban and his general stance on immigration. And a lot of Trump’s supporters saw that as a personal attack on their values.

@Pontifex even God believed extreme vetting was a good thing. Moses didn’t get into the promised land.

I am 100% for the right to question authority, but that doesn’t diminish the strangeness of seeing so many Christians choose Trump over the head of the Catholic church.

And the Biblesplaining is still going on at this very moment. Just this morning, Francis tweeted this message of tolerance/vicious subtweet attack of papal shade (take your pick).

Jesus entrusted to Peter the keys to open the entrance to the kingdom of heaven, and not to close it.

I can’t imagine the Pope reads his own Twitter replies, so sure, do your worst, Trump supporters.

@Pontifex So, it is ok for heaven to have a gate, but not the US? Why don’t you take down your wall and security at the Vatican? #PlankInEye

@Pontifex so Heaven has a wall, a gate, and a vetting process. And would I be able to walk into your house?

@Pontifex I’m sure Peter is pretty bummed out about how you’ve conducted yourself as pope. Kindly resign.

@Pontifex You distort Matt. 18:18 “Truly I tell you, what u bind on earth will be bound in heaven, & what u loose on earth” Half truths!!

@Pontifex @aonghasphadraig though oddly, the fact there are keys suggests there is a wall – not that I’m for walls but #justsaying

I can only imagine what it would feel like to live with the kind of self-confidence it must take to “well, actually” the Pope on the talking points of Christian rhetoric. #JustSaying.