The Politics of White Sage 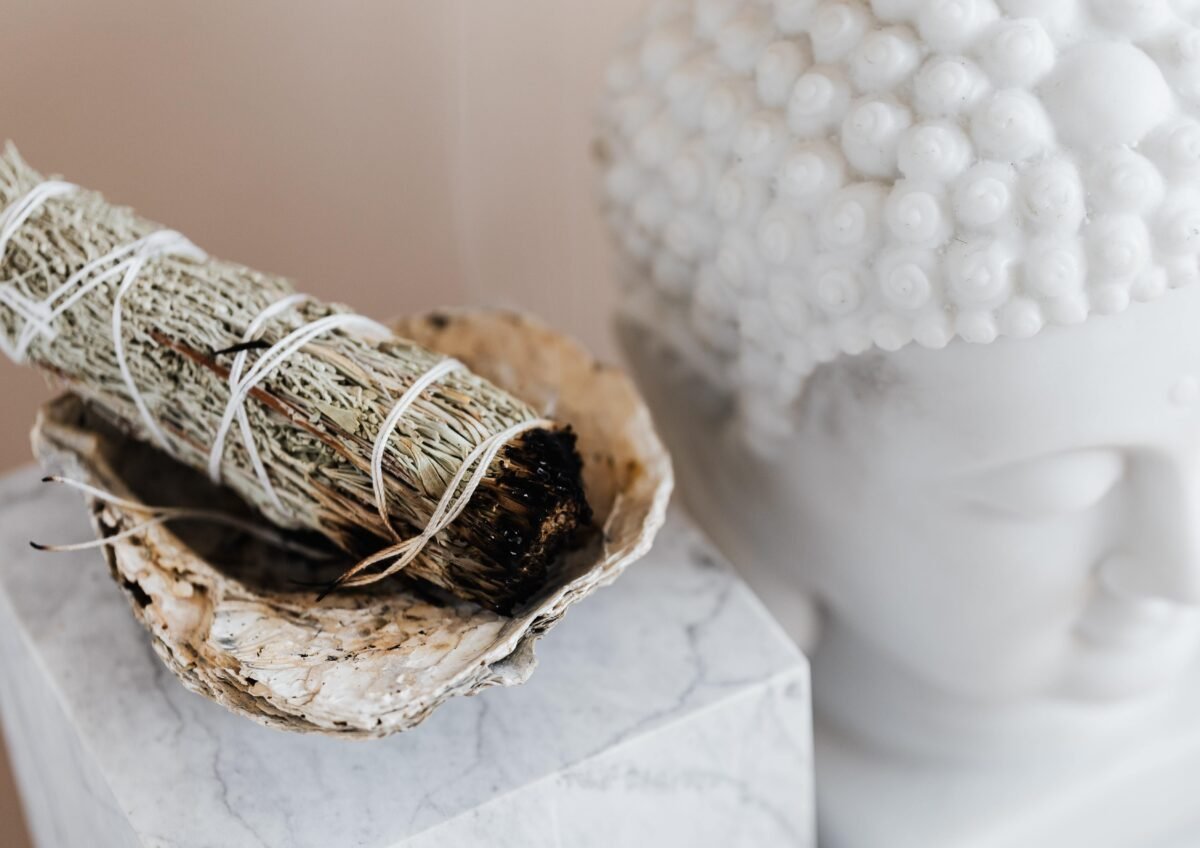 If you are in any way aware of New Age, spiritual, or magical practices, or even if you just like yoga or flipping through the more spiritual side of Instagram, you’ve probably heard of or seen people using sage to cleanse their space or their energy. They hold bundles of the dried plant bound with string as it smolders, clouds of scent and smoke wafting through the air.

But the popularity of sage, specifically white sage tied into tight bundles called smudge sticks, is not as simple as a nice smell and good vibe. And the use of the plant, and misappropriation and abuse of Native American culture, is far more controversial and fraught than most people know.

The use of white sage for ceremonial cleansing and ritual, also called smudging, is a Native American practice. Let’s be clear on that from the get-go. These cultures have already been exploited, suppressed, and misunderstood by so many people for centuries and are the victims of cultural appropriation. And the use of white sage by non-Native people is cultural appropriation at its worst.

Why? Well, not only is it using a closed spiritual practice that people are using without knowing its roots, meaning, or power, but the boom in popularity for white sage all over the world has actively harmed Native practitioners and the plant itself—because there is not enough white sage to fill the demand.  Vice recently reported on what they called “the white sage black market.” The problems with white sage go much deeper than many people who just like the idea and smell might understand.

Let’s break all of this down a bit. The use of smoke to cleanse and purify a space, often as part of ritual, is almost as old as human spiritual practice itself. That’s literally what incense is for, and throughout history, in many cultures, people have burned things that smell nice to create sacred space, carry their prayers to heaven, or just make the area smell good. Even common sage has been used and burned through history as a means of purification.

The use of white sage for such a ritual or ceremony, often using an abalone shell to hold it and a feather or bird wing to waft the smoke, is frequently called “smudging,” and that word itself is controversial. “Smudging” is a term with a complicated history and etymology. Some sources cite the term smudging as being used in the English language to refer to smoldering and smoking as far back as 1829. When a specific ceremony is now called “smudging” and using that term is considered by many to be culturally insensitive on its own, just say “smoke cleansing.” As we explained above, that’s fine and anyone can do that.

But the use of white sage via smudging is a far more specific practice, one rooted in the spirituality of the many Native American tribes that lived on the lands where white sage grows. That’s because white sage, scientific name salvia apiana, is native to the Southwest of America and northwest of Mexico. It is a sacred plant to tribes such as the Lakota, Comanche, Cheyenne, Arapaho, and Navajo. It grows wild, but because of over-harvesting due to high demand from non-Native users, white sage is threatened and supplies are growing harder to come by for Native users.

We’re talking about people sneaking around national and state parks with garbage bags, illegally harvesting sage to sell. It’s actively harmful, and because sage passes through so many wholesalers and vendors, some people that sell white sage don’t know if it was harvested ethically or even legally. This means even if someone is claiming to sell white sage “sustainably harvested by Native Americans,” that could be complete BS and they may not know where their sage actually comes from.

White sage is not easy to grow as a crop for harvest, though some people are trying and finding success which is great and I hope it continues. But the larger problem is that most people still don’t know that they’re using something that doesn’t belong to them, both spiritually and literally, when they burn white sage.

This flagrant commodification of white sage is offensive to many Native people, who see it as profiting off traditional knowledge while threatening the plant’s sustainability. “It’s disrespectful to my ancestors and myself,” said Jessa Calderon, a hip hop artist who has campaigned extensively online against chain stores that stock sage. “These are medicines we’ve used forever.”

A great resource to help protect white sage and investigate other plants is Unite Plant Savers, a non-profit that seeks to protect native medical plants from America. They’re working to protect plants like white sage that have been endangered by over-harvesting, climate change, and loss of habitat.

And the thing is, if you want to burn things cleanse your space or vibes, you don’t specifically need white sage. Incense exists! You can also dry and burn your own herbs. I dry my own common garden sage and burn it with lavender, and it smells great. There are other native plants used too but those are ALSO threatened (Palo Santo is one). But with those, still be aware that they may come from threatened areas.

Cultural appropriation is a very complicated topic, and the line between appreciating and learning from another culture and stealing from them in a harmful way isn’t always clear. And so often, like in this case, actions that are unintentionally harmful are far more pervasive and hard to change. But we can get better, we just need to cleanse our minds of false or uninformed ideas.

Just use something other than white sage to do it.