The Political Economy of the Mysteriously Missing Black Widow 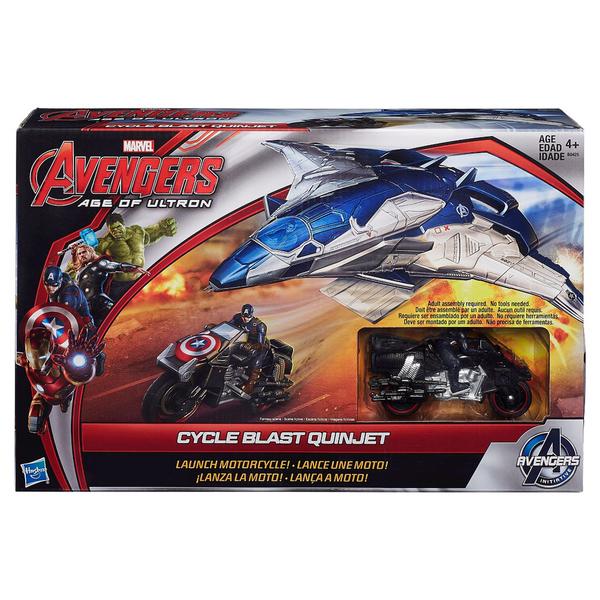 As readers of the Mary Sue, you’re probably familiar with the lack of equal representation in the comic world as well as film adaptations. There’s been a flurry of activity over the recently released Avengers: Age of Ultron and how Disney-Marvel has handled Black Widow merchandise, including an awesome takedown by a former Marvel employee on this very site. I, too, am upset by the lack of intertextual representation for Black Widow––but I’m not surprised.

I study feminist political economy of media, which is a wordy way of describing how power, wealth, and knowledge are affected by the structures a given culture has set in place. Here in the United States, we claim to espouse the virtues of diversity and yet our media is not: we have all-male panel discussions, films and boardrooms full of straight white guys, and the word “feminazi.” We also have issues with heroes and their corporate parents.

The superhero genre is a moneymaking machine, in large part due to associate merchandise. Whether or not someone is a fan of superhero films, they will affect his or her life simply due to the inundation of media and products that surround us. The ideologies portrayed by our favorite heroes are not only enacted by kids dressing up as their favorite (male) Avenger or playing with toys, but also performed by adults dressed up in brand-name gear like Tony Stark’s Initium Eyewear. However, there are still no light-up outfits for girls to dress up as the Black Widow; no cool Hasbro sets of Natasha on a motorcycle––she’s been replaced by Captain America, as seen in the above image. Consumers are just not encouraged to spend their money on pretending to be women in the Marvel Cinematic Universe’s world of men unless in a highly gendered way: buying a cute dress from Her Universe at Hot Topic (they are cute, but I’d like more options).

The reason for this lack of equal representation in products is that we don’t live in a buyer’s market; we live in a seller’s market––the largest media conglomerations make the media and merchandise we consume, and we get used to taking what is offered, for that’s better than nothing at all, right? In this type of system, a few corporations have an enormous amount of power and wealth and still want more, becoming risk-averse and formulaic in creative decisions.

Disney, like all corporations, follows this pattern. In Understanding Disney: The Manufacture of Fantasy, scholar Janet Wasko discusses how Disney has the fundamental goal to profit, but in order to do so, Disney has to get the public to consume. However, it doesn’t actually have to listen to fans and will continue to make princess dresses for little girls as opposed to prince outfits for little boys; it also seems likely Disney will continue to market the Avengers in merchandise as an all-male, all-white team of tough guys doing stuff. Why? Well, it’s worked out fine so far: according to Disney’s 2014 year-end report, Consumer Products (its licensing and merchandising arm) had revenue of $1.1 billion. Why change things when last year set revenue records for Disney?

In Henry Giroux and Grace Pollock’s The Mouse that Roared: Disney and the End of Innocence, the authors argue that Disney’s purchase of Marvel was wholly to “expand into boys’ culture” (p. 85). While the purchase was made in 2009, Disney-Marvel is still using Marvel properties and products solely to get boys interested in brand consumerism. As girls have historically been Disney’s target market, and Disney has all that Princess merchandise, buying Marvel allowed Disney to take a two-pronged approach to merchandising: create two distinct types of merch, gendered; one for boys (male Marvel Superheroes) and one for girls (female Disney Princesses).

With this approach, parents are encouraged to buy twice as many products and boys and girls are pressured to want products that fit with their socialized gender norm. For example, let’s use two of Disney’s largest cash cows: Princesses and Marvel. In a press release on Frozen’s merchandising, Disney Consumer products stated “over 3 million…dresses have been sold in North America in less than a year.” As you can probably tell, Frozen merchandise is marketed mainly to girls. 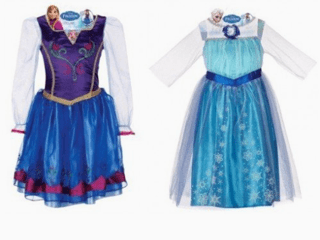 Now on to Marvel––a press release on Age of Ultron reveals product lines geared toward boys; almost all of the products are based on male Avengers. The products for Frozen and Age of Ultron are highly gendered, and it’s difficult for someone outside their own gender to cross over. 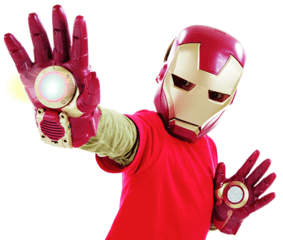 Thor is a female now; shouldn’t that be reflected in Disney-Marvel’s marketing and merchandising as well? If a little girl wants to dress up as Thor, that’s fantastic. But the advertising and set-up surrounding Thor products discourages that girl because she is not the target market.

One argument is this: how can boys identify with super assassin Black Widow if they don’t have the same body parts? Likewise, girls will want to play with princess toys, the dolls acting as an imaginary proxy with all the trappings of socialized femininity (a caveat: there are prince dolls, but they are essentially accessories, like Natasha’s motorcycle). This argument is flawed, but for a risk-averse corporation, earning profit by splitting products into gendered categories makes business sense. Why risk contaminating boys’ products with a female character who may not fit the gender norms that make gendered products necessary in the first place?

At the end of the day, Disney may care about fan demands, but currently not enough for there to be a tipping point in what intellectual properties it promotes to merchandisers like Kohl’s or Hasbro. It is a blatant disregard to fans’ demands, but when we look to corporations for equality and change and progressiveness, what should we expect? Corporations care about money, while we fans care about social issues, paying bills, getting harassed on the internet––in any case, we may have to change how we view our relationship with Disney-Marvel. It’s an uphill battle, but there are ways we can make our voices heard. Hot Toys, LEGO, Minimates, and Funko all have Black Widow products in varying levels of coolness. We can contact Disney Consumer Product’s Jeff Klein or Lauren Purnell. We can send tweets to Disney Consumer Products, Kohl’s, Hasbro, and Walmart with hashtags like #WheresNatasha. There’s also the weird and wonderful world of Black Widow products on Etsy.

But that is all short-term. What about the future? It’s hard to say, “don’t buy stuff,” but maybe we should get different stuff. Supporting smaller companies like Quirk Books, Drawn & Quarterly, and First Second can help get more feminist, creative material published. Reading comics like Strong Female Protagonist, The Adventures of Superhero Girl, and Nimona promotes alternate perspectives on gender that, if given enough support, can provide the impetus for corporations like Marvel to pay attention.

Instead of looking for a policymaker at the top to change things and letting the effects trickle down, we have to start on an individual level and build upwards. It’s going to be difficult, but we can do it. We have to, or no one will.

Laura Stoltzfus-Brown is a recent M.A. graduate from Florida State University now living in Pasadena. She studies how mainstream and alternative comics reflect culture, and teaches public speaking at Glendale Community College and Pasadena City College. If you’d like to get in touch, grab coffee, or chat, check out her Twitter @LStoltzfusBrown or Tumblr. Her thesis can be read here.