Police Reform Stalls in the Senate. Will It Ever Really Happen? 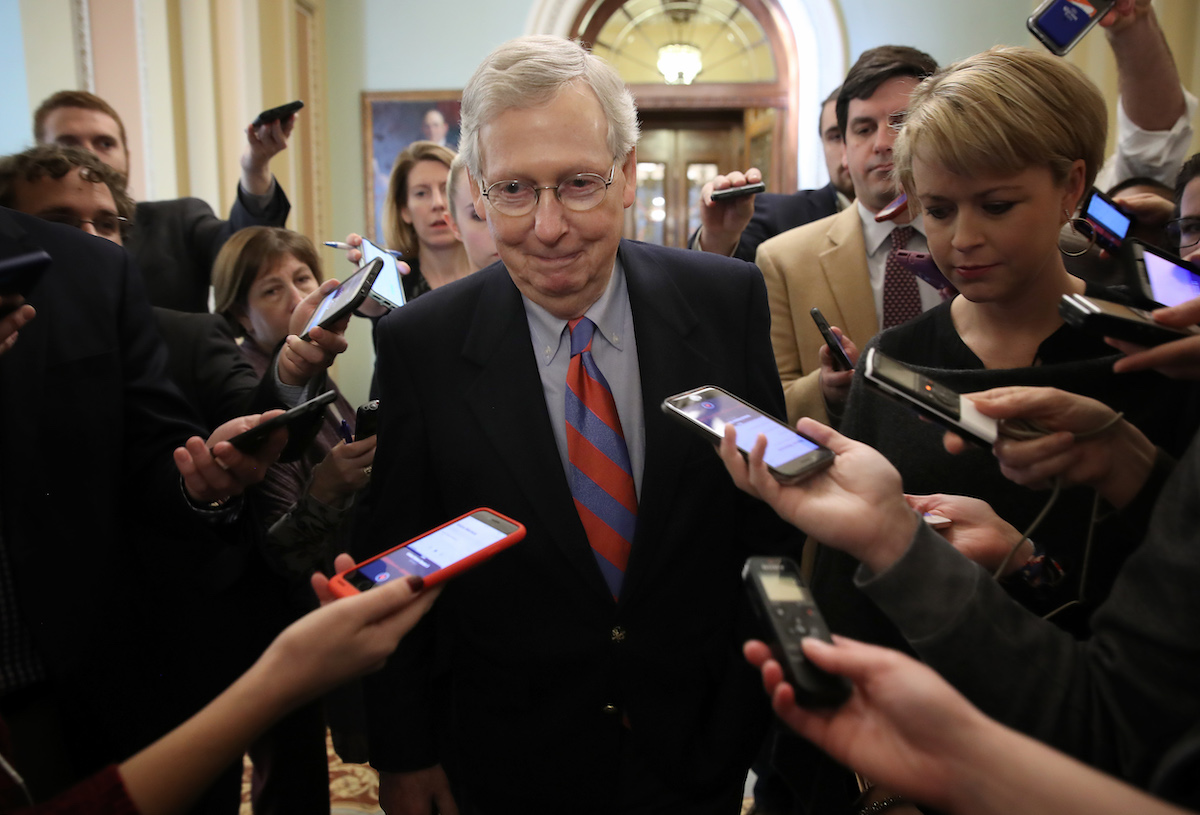 Amid nationwide protests of police brutality, the pressure is on Washington to do something—anything—to address this long-developing crisis. In predictable fashion, the United States Senate has responded to public outcry for reform by rising to the challenge and swiftly passing laws that will change policing and give people just … just kidding! They’re squabbling and continuing to do nothing.

The situation in Congress is tense and tiresome, to say the least. House Democrats unveiled a police reform bill on June 8, that was a potentially good start, but that advocates still felt did not go far enough to address the concerns of protesters and activists across the country. Still, the bill included eliminating qualified immunity and measures to combat excessive use of force.

But that bill is still sitting in the House, waiting to go to committee. In the meantime, Senate Republicans, led by their one Black Caucus member, Tim Scott, put forward their own bill, which proposed much less than the Democratic legislation. The Senate bill focused mainly on collecting data and didn’t even ban controversial police tactics like chokeholds and no-knock warrants, just discouraged them.

Without allowing the bill to be reviewed by committees and without any negotiation with Democrats, Mitch McConnell pushed the legislation to the Senate floor for debate, which would require 60 votes. McConnell most likely did this knowing that Democrats and groups like the NAACP objected to the empty promises of the bill and would oppose it, and he could thus say he made an effort at reform that the Democrats blocked and blame them when no reform actually happens.

Democrats and a select few GOP Senators did indeed block debate on the bill, but McConnell’s gambit to make it look like it is the Democrats standing in the way of reform may not work. Senator Kamala Harris, who is introducing her own bill alongside Senator Cory Booker, reiterated that “America is demanding … real solutions to a very evident and clear problem.” She also told MSNBC that any legislation that happens must truly rise to meet this moment.

What Democrats want is for Republicans to actually come to the table in good faith and work with them to create something that will not only actually pass but actually do something to address police brutality … but that’s not what Republicans want. They want this to go away so they can try and win reelection.

But it still remains to be seen if Mitch McConnell and Senate Republicans will ever let such legislation come to a vote in the upper house, or if Donald Trump won’t veto it. Yes, both those moves would be cruel and unpopular and hurt the American people but that’s pretty much the Republican M.O.

Will federal police reform ever happen? We don’t know. But that doesn’t mean reform is impossible. Police funding and policies are hyper-local, and it will take local and state-level pressure and action to truly change how police in America work, and it’s there that advocates can truly see change done. At least, that’s the hope.