Divert your attention from Pokémon Go for a moment because there’s a new Pokémon movie coming out and it’s going to be awesome.

I know this because producers have snatched up Nicole Perlman, co-writer of films like Guardians of the Galaxy and the upcoming Captain Marvel, and Alex Hirsch, who wrote Disney’s cult hit Gravity Falls. Okay, Variety is saying they’re in negotiations but it looks like they’re actually going to do the movie.

If all goes well, the duo will pen the script for a live-action film based on Detective Pikachi, an adventure game from Nintendo. The story follows a Pikachu who isn’t as strong as the others but is very intelligent. He teams up with a boy named Tim Goodman to solve mysteries around the city.

Details from the movie are scare but we do know that production begins in 2017 and that this is a collaboration between Legendary Pictures (who secured the rights) and the Pokémon Company.

Since we don’t have a trailer yet, enjoy this lovely picture of Pikachu in a detective hat, courtesy of the game’s trailer. 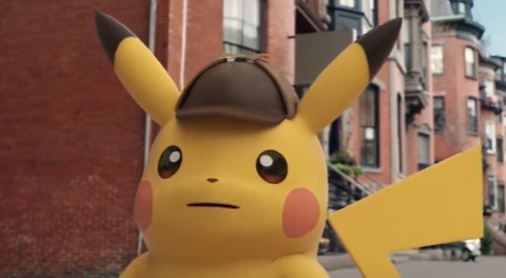