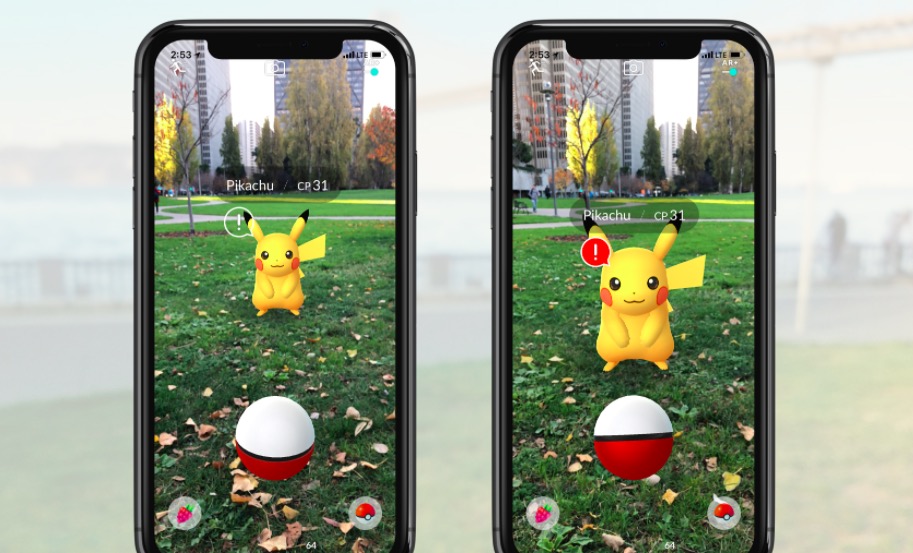 While hardly the craze it once was—which is probably a good thing—augmented reality mobile game Pokémon GO is still going strong and adding new features, and one of them is about to make good on the game’s initial promise, if characteristically late. Apple’s ARKit augmented reality software is making it easier for developers to take advantage of the iPhone’s AR potential, and that’s going to mean getting up close and personal with Pokémon like never before.

The way the game functioned up until now, using a device’s camera to view Pokémon in real-world surroundings was fun for photo ops, but it didn’t really do anything else. Most players quickly turned it off in order to combat the game’s battery draining habit, having no effect on gameplay whatsoever. That won’t be the case when developer Niantic puts their ARKit compatible update in place (on compatible iPhone models) and introduces new gameplay mechanics to reward players for physically sneaking up on Pokémon with the AR feature.

Thanks to ARKit’s capabilities, a Pokémon on-screen will stay put in a real-world location as the player approaches it (mostly, anyway, since ARKit still isn’t perfect), rather than functioning as an overlay that moves around wherever the camera is pointed. With this new capability, Niantic is adding a gameplay feature that gives players bonuses (in XP and Stardust, as well as easier catching) for sneaking close to Pokémon before capturing them, although the Pokémon will also be aware of the player’s approach, and potentially get spooked and flee. You’ll also apparently be able to circle behind Pokémon, but there’s no gameplay benefit to that—yet.

It’s reminiscent of the game’s original trailer, which made a big show of its idealized version of players tracking down Pokémon in the wild and watching them from a distance. The gameplay isn’t likely to ever match up to the feeling of the marketing—at least not in the near future—but this is a big step in the right direction. It may only be on iPhones for the time being, but with Google working on their own “ARCore” tech, it’s only a matter of time before it’s more widespread.