Be the Very Best: Pokémon GO Team Leaders Can Tell You How Strong Your Pokémon Are

Since the launch of Pokémon GO, plenty of players have made deciphering the game’s subsystems something of a hobby. A lot of research has been poured into finding out how to track Pokémon, how to maximize combat power, and when you should evolve your Pokémon to ensure maximum gains. While the first of those issues (hopefully) grows into obsolescence with the new tracking features seen being tested in San Francisco, the latter issues still prove to be a bit of a mystery. Until now, that is.

Niantic has rolled out a new feature for Pokémon GO that will put your team leaders to work. You’ll be able to ask them about the strength of your various Pokémon, to which they’ll reply not in specifics but in a small handful of canned responses that allude to their possible combat power levels. These messages are, of course, themed to each leader’s attitude or given personality, just for that extra-nice touch of immersion. For example: Team Mystic’s leader, Blanche, is characterized as being analytical or very stat/researched focus. Thus, their assessments are themed after calculations and the like. 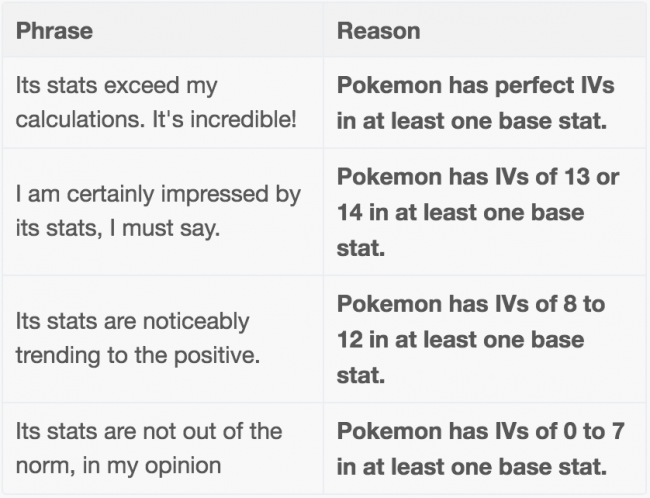 Team Instinct’s leader, Spark, is characterized as being a bit happy-go-lucky (or just Naruto), and that reflects in his assessments because he’s just so darn happy you’ve got a Pokémon. Ever the optimist, you know. 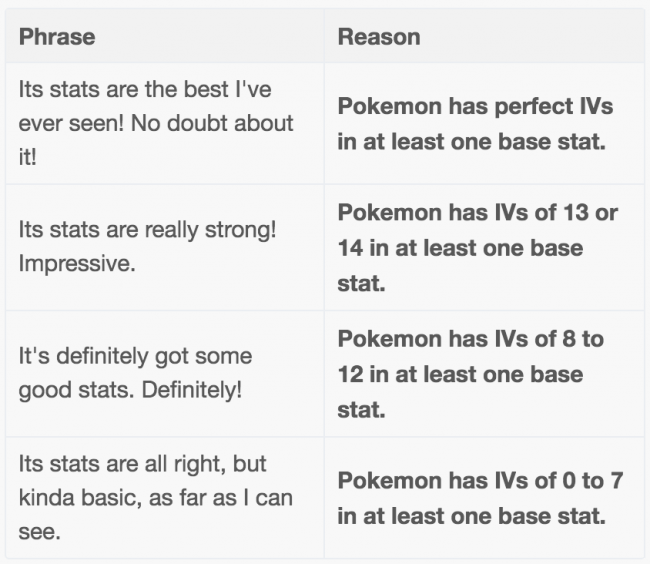 The folks over at Pokémon GO Gamepress have the full breakdown, but in short it works like this: you present your Pokémon to your gym leader, who will respond by telling you just how ready or adept it might be at fighting. They can tell you about your Pokémon with an overall rating, stat analysis, and then size. While the overall is nice to know, you should pay the most attention to the stat analysis, as this will tell you about your Pokémon’s IVs—their individual values, or inherently rolled stats.

If you’re curious, you should head on over to Pokémon GO Gamepress to read more. And, I mean, if you want to be the very best, then you have to be curious, right?