The Pokémon Electronica Remix You Should Hear Today 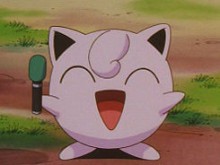 Redditor mattsweeney13, a.k.a. Credulity Kills, has created an unlikely but crazy catchy electronic jam in the form of “Pokemon Red&Blue (I Wont Let You Take Me Seriously Remix),” which fuses the canonical chiptune score of the original Pokémon Game Boy games with drum machines, lots of reverb, and a somewhat insane backstory.

This is pretty much what would happen if Ash Ketchum dropped acid & ecstasy, ran through viridian forest, and then got into the most epic pokemon battle he’s ever experienced. Though his brain is swimming in dopamine and serotonin, Ash pulls it together at the end to clench victory.

This was completely for fun, and intentionally over the top. Blue version holds a special place in my nostalgic heart, and I would ALWAYS get the music stuck in my head, because its so awesome.”

To hear all of the layered sounds and attain maximum enjoyment, blast it as loud as is socially acceptable. Hear it below: