Wolves. Ghosts. Germans. This story has it all. 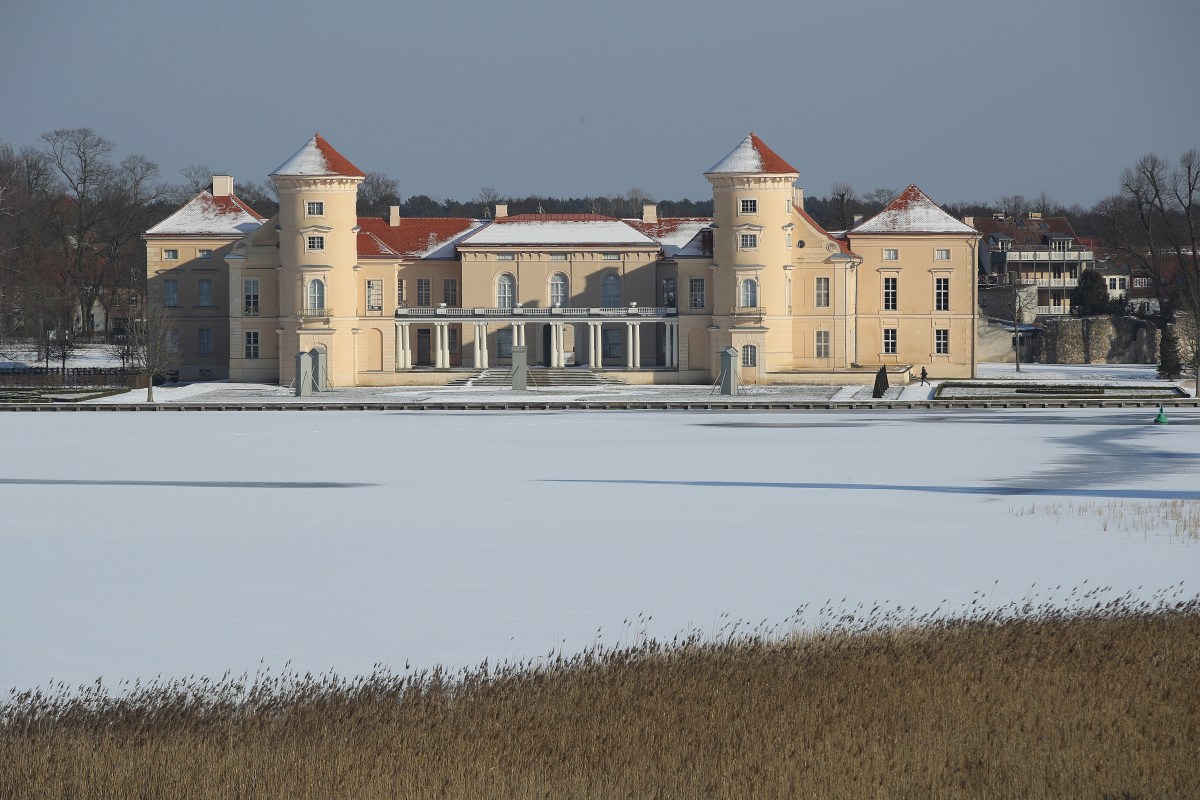 Quarantine: we’re all doing it. Some of us are alone, others are staying with family, while many are shacked up with significant others and roommates. We’re accompanied by various assortments of children, pets, and more toilet paper than a human could conceivably use. With travel restricted and stay at home rules imposed, many of us find ourselves stranded on a seemingly permanent vacation.

And then there’s this Bolivian orchestra, which is currently taking up residence at a haunted German palace surrounded by wolves. In a situation that is equal parts Vincent Price movie and 90s Disney musical, The Orquesta Experimental de Instrumentos Nativos find themselves quarantining in Rheinsberg Palace, a moated castle just north of the city of Berlin. The musicians have been there for about 75 days.

What was supposed to have been a two week-long spring concert tour in Germany has now been extended to a strange extended stay in a centuries-old palace. Carlos, one of the musicians, was quoted as saying, “Our bus broke down on the motorway. I remember joking that this was bad luck and perhaps our concerts would be cancelled, … but never did I think it would actually happen.”

The company tried to return home to Bolivia, but were unable to after their home country closed its borders. Now the orchestra has nothing to do but explore the palace grounds, practice their music, and wait. Unfortunately, if the musicians wanted to explore the surrounding woodlands, they would be confronted by packs of wild wolves roaming the area.

That’s right, wolves. And in case that weren’t enough, there have been rumors of the palace being haunted by the ghost of Frederick the Great. Another musician, Camed said, “We all joke that Frederick’s ghost is following us and trying to trip us up, … I don’t usually believe in such things but it does feel as if there are ghosts on the grounds.”

With travel bans lifting, the musicians are hoping to return home in June, or before the last petal of the enchanted rose falls off the stem. Many took to Twitter to discuss the strange and deeply cinematic situation. I mean, this story has EVERYTHING: pan flutes, aristocratic specters, German wolf packs. What more could you want?

Oh to be stranded with a Bolivian orchestra in a German castle surrounded by wolves https://t.co/I2R5pGmGfI

I've been working on this screenplay for a year and… they just tweeted it.

So much for Castle WolfenStrauss.

Rarely do I get to use my wolf knowledge, but the wolves the Bolivian orchestra are used to are very different from the European grey wolves in Germany. Bolivian maned wolves are like a cross between a fox and a wolf and look really cool. Also very tall! pic.twitter.com/CpNE45S7ch

This BOLIVIAN orchestra just inherited the Estate of a lifetime, but only one can be the true heir, to find out they will have to spend Quarantine together. But wait, what’s that creeping into the Foyer.. could it be the GHOST of the Manor?! No it’s a PACK of bloodthirsty wolves!

In my humble professional opinion, I think there's room for multiple haunted Bolivian wolf orchestra novels. I personally would read at least 3 (assuming one is wolf POV, of course).

you are a member of a bolivian orchestra, I am the ghost of a bride in a haunted german castle, we are not the same

In the meantime, the orchestra is being sheltered and taken care of in the castle. Miguel Cordoba said, “There are worse places to be trapped, … When I wake up, I watch the sun rise over the forest and the lake. Back home, I only hear the sound of traffic.”