A New Plant Has Been Discovered And It’s Basically Mystique

Except green instead of blue. Because it's a plant. 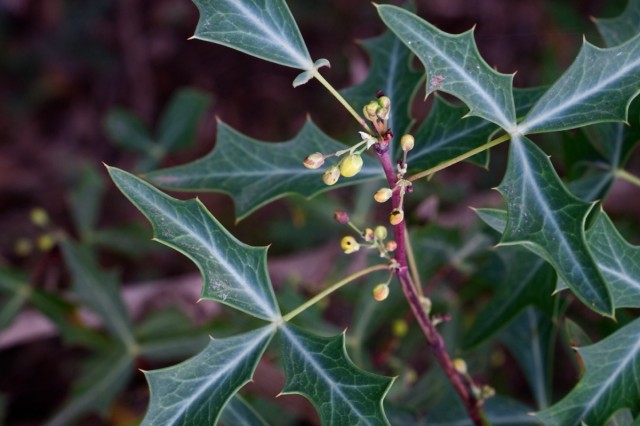 Jennifer Lawrence isn’t the only game in town when it comes to genetic mutants who can change their shape to copy whomever they want (I mean X-Men JLaw, not IRL JLaw, probably). A new South American plant has been discovered with all of Mystique’s shape-changey powers, and it’s pretty rad.

A woody vine called Boquila trifoliolata, native to Chile and Argentina, has demonstrated a skill called “mimetic polymorphism,” which definitely makes it sound like an X-Man. An ability previously only observed in butterflies, it essentially means that B. trifoliolata can imitate several different host plants after getting all vine-y up in their business.

B. trifoliolata actually transforms its leaves to match those of its host plant – their leaves change shape, color, size, orientation, and vein patters to match the foliage around it. As soon as the vine hits another plant, boom, those leaves get different – up to ten times the size as other leaves on the vine. Like if Mystique were to suddenly become the Hulk.

The polymorphism is meant to serve as a defence against bugs that think plants are delicious, like weevils and leaf beetles – with anywhere from a 33% to 100% success rate. Researchers have pretty much no idea how the plant does what it does, but I hope they harness it soon. I personally would like to look just a little bit more like JLaw.