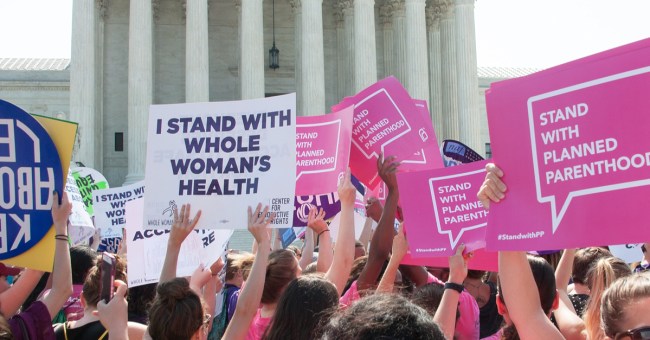 Planned Parenthood, ever the bastion of healthcare for many people throughout the United States, has improved their care with the integration of transgender hormone replacement therapy services. According to the program’s new website, they’re offering, “hormone therapy for transgender and gender nonconforming patients.” They go on to also say, “We also offer the full range of sexual and reproductive health care to people of all genders and identities.”

The move comes at a pretty heated time when transgender equality and rights are under severe fire from the federal government. Just last week, the Justice and Education departments moved to rescind an Obama-era guideline protecting transgender students from discrimination based on their gender identity. Although this was an expected move, it nonetheless caused waves throughout those communities fighting for equality for all LGBTQIA identities.

Of course, that can only last for so long. The misinformation campaign that exists around Planned Parenthood’s very existence is still going strong, and thus, the misconception that they only exist to offer abortions continues to run rampant. It’s unfortunate, and bears a resemblance to the ACA/Obamacare mix-up debacle that has many Trump supporters reconsidering just what the hell they’ve gotten us all into.

The move to ensure trans people get the hormones and healthcare they need is a sorely needed one, and it’s yet another reason as to why organizations like Planned Parenthood deserve our support.

(via Uproxx, image via Shutterstock)