72,000 People, So Far, Have Donated to Planned Parenthood in Mike Pence’s Name 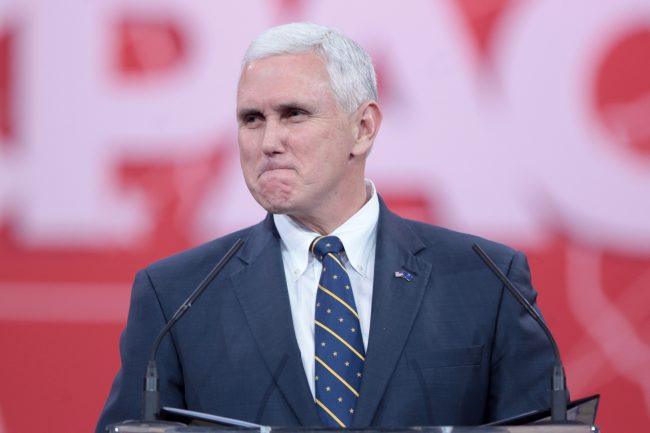 Have you made a donation to Planned Parenthood in the name of America’s future vice president, Mike Pence? You’re not alone. What started out as a post-election statement has ballooned outward to encompass 28% of Planned Parenthood’s current donations roster, according to Pajiba.

To answer the obvious question: No, Mike Pence doesn’t reap any personal benefit from having these donations made in his name. He can’t mark it down on his taxes, or anything. It’s just one small way to spite him, personally, for his stance against the organization.

Planned Parenthood has enumerated an 8-item list of Pence’s deplorable record of stances taken against reproductive rights. All of the items on the list are abhorrent, but one stand-out bizarre example is when Pence said in 2002 that “condoms are a very, very poor protection against sexually transmitted diseases” (so, that’s false!) and that condoms are “too modern” (??????).

All you USA residents out there might be thinking to yourselves, at least he’s not the President. Historically, the Vice President isn’t a role that’s been imbued with much power, but this incoming administration has set a new precedent when it comes to that. The AP reports that Pence has been getting daily intelligence briefings, whereas President-elect Trump has only received three such briefings since taking office.

MTV has a long feature up detailing the extent to which Pence has been framed as the “de facto president” in terms of the role he’ll play in domestic and foreign policy. The piece quotes Kevin Kruse, professor of history at Princeton University, on why Pence’s VP role will be different from all other VPs:

“What Trump has proposed with Pence is entirely different… As Trump has described it, his vice-president would run things like an acting president, under the terms of the 25th Amendment. Trump would nominally remain president, but Pence would handle all the actual duties. Basically, he’d be the decider, not Trump.”

In other words, Pence’s hardline stance against organizations like Planned Parenthood, among other things, could pose a very significant and concerning problem. This is our new administration, folks.

If there was ever a time to donate to Planned Parenthood, this is it.