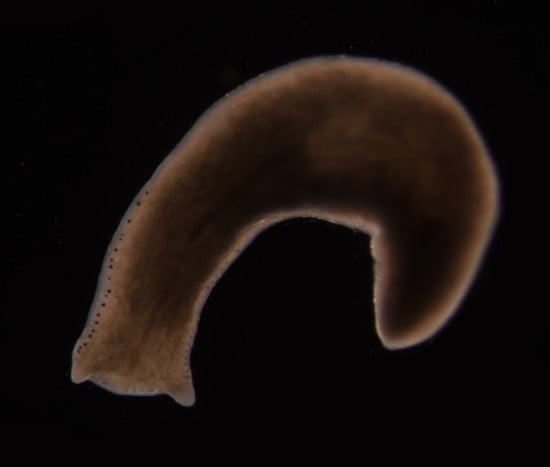 Planaria, or flatworms, have interested scientists for a long time and have since become mainstays of both research and education. Though they are extremely well studied, a research team from the Howard Hughes Medical Institute and MIT have discovered that these tiny creatures can be regenerated from a single cell.

Scientists have long known of planaria’s regenerative abilities: If you cut one in half, you’ll soon have two fully functional organisms. How the worms accomplish this is not known, but scientists have thought that it had to do with certain neoblast cells, which are similar to human embryonic stem cells in that they can transform into nearly any other body cell. The difference is that human stem cells take on specialized roles as the person ages, meaning that they can only become specific types of cells. Some planaria cells, on the other hand, never loose the ability to take on any role.

In their study, scientists prevented most of the cells of a planarian from dividing. This would eventually kill the creature, but they allowed a type of cell called  a cNeoblast to remain untouched. Instead of withering away, the cNeoblasts eventually formed replacements for the dying cells.

They then took it one step further by extracting a single cNeoblast cell from a planarian and implanting it in the body of a second worm that had been exposed to a lethal amount of radiation. This second planarian was of a species that naturally lacked cNeoblast cells and could not regenerate on its own. Overtime, the researchers watched as the single cell divided and eventually replaced all the cells of the second worm with exact copies of cells from the first worm. In short, the lone cNeoblast cell rebuilt the first planarian on its own.

Of course, this goes beyond pure science. If researchers can understand how planaria can regenerate themselves, it could allow for the quick and easy regeneration of human tissue. Though that is still a distant possibility, this new research shows that we still have much to learn from these humble little worms.

(PopSci via TYWKIWDBI, image via Wikipedia)