'Plan B' Is a Funny, Poignant, and Necessary Teen Movie | The Mary Sue

Plan B Is a Funny, Poignant, and Necessary Entry to the Teen Girl Film Canon 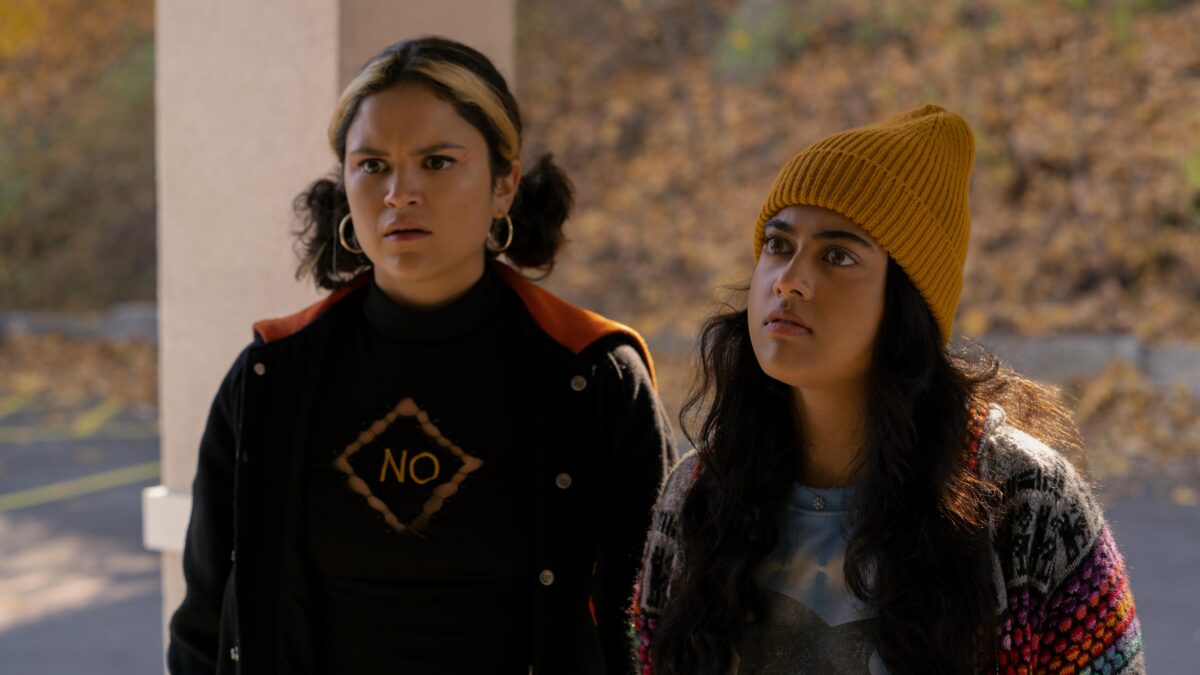 Teenage girls are met with a dizzying array of expectations, many of which contradict one another. Once puberty hits, young women are forced to navigate the confusing world of burgeoning sexuality, aggressive male attention, parental restrictions, and a society poised to criticize everything from their future aspirations to what kind of jeans they wear. Between the cognitive dissonance of the messaging they receive to the rampant hypocrisies of sexism they endure, these years are difficult to navigate at the best of times.

Maybe that’s why we devote so much love and energy to female friendships. After all, who else could understand and commiserate with the emotional quagmire of being a teenage girl?

Plan B is first and foremost a love story between its two leads, ride-or-die besties Sunny (Kuhoo Verma) and Lupe (Victoria Moroles). Sunny is a shy, inexperienced academic struggling to maintain the high expectations set by her Indian mother. Lupe is a punky, relentlessly vaping wild child rebelling against everything and everything her Mexican-American pastor father preaches. The two exist on the sidelines of the high school social caste, where their only friend is awkward Christian nerd and amateur magician Kyle (Mason Cook).

When Sunny’s mother goes out of town for the weekend, the two decide to throw a party and invite the school, including Sunny’s woke bae crush Hunter (Michael Provost). It’s a classic teen movie set-up: a house party gone wrong, an unrequited crush, and an overly spiked party punch.

In the ensuing chaos, Sunny loses her virginity. Panicked that she might be pregnant, Sunny and Lupe head to the pharmacy to procure Plan B, the morning after pill. Unfortunately for the friends, they live in South Dakota, where the judgmental pharmacist refuses to give them the pill due to the state’s “conscience clause”, a real-life law that allows pharmacists to abstain from dispensing emergency-contraception drugs if they are morally or religiously opposed to them.

The girls set out on a road trip to the nearest Planned Parenthood, which is located several hours away in Rapid City. Along the way, they meet a host of crazy characters, lose their way, and reveal the closely held secrets they’ve been keeping from one another. Plan B is directed by Natalie Morales (Dead to Me, Abby’s), an actress known for creating likable, authentic characters. Morales’s directing is self-assured and confident, effortlessly balancing the comedy with the more dramatic elements of the story. She also finds two stars in the making in Moroles and Verma.

Both actresses have an easy chemistry and rapport with one another, making their friendship the emotional cornerstone of the movie. The film will no doubt draw comparisons to Booksmart, and while the cast of Plan B is more diverse, it similarly centers the deep connection between two friends. Plan B features plenty of raunchy and laugh out loud moments, but isn’t afraid to delve into more serious topics like reproductive access (or the lack thereof), Christianity, and the casual racism the girls consistently face as women of color in a mostly white town.

The film is also lowkey revolutionary in the way its characters deal with sex and relationships. There is a scene where Sunny discusses her sexual history with her crush that sets a bold new sex positive standard for talking about sex. We’ve come a long way from the teen movies of the 80s and 90s, and the next generation will be all the better for it.

Plan B is currently streaming on Hulu.