It’s 2021, and Most States Still Need to Decriminalize Abortion 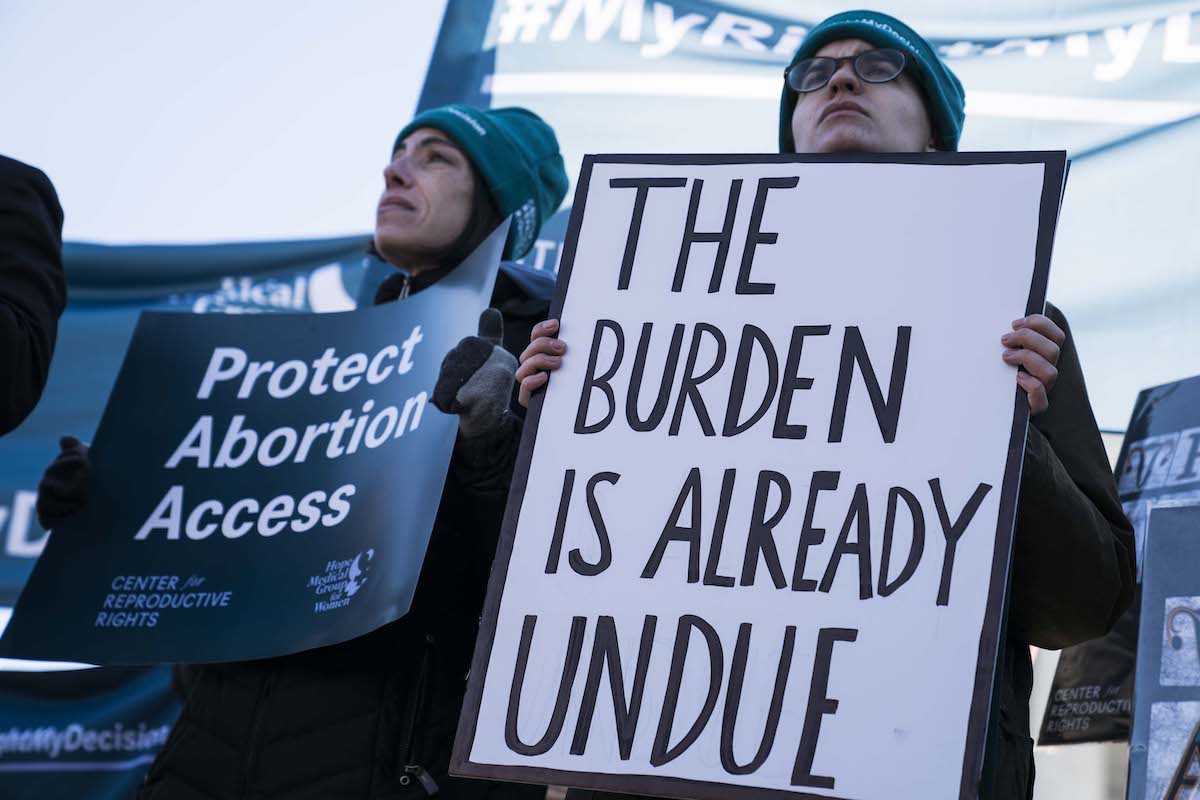 At the end of last month, New Mexico Gov. Michelle Lujan Grisham signed a bill that lifts the state’s abortion ban—yes, you read that right. The dormant, nonenforceable ban would have automatically taken effect if Roe v. Wade were reversed, which, unfortunately, isn’t too big of an “if” in light of the 6–3 anti-abortion majority on the U.S. Supreme Court, and the constant influx of lawsuits on state-level abortion bans and restrictions flooding the court system.

Right now, it may be tempting to breathe a sigh of relief with the so-called “most pro-life” president in American history—and his vice president, who pledged to toss Roe into the ash heap of history—officially out of office. But with state legislatures like those of South Carolina and Arkansas already pedaling out total-abortion bans within weeks of their legislative sessions opening, and more barriers than ever to reproductive care because of the pandemic and recession, now isn’t the time for anyone to take their foot off the gas. If anything, other states should be following New Mexico’s lead and taking bold action to protect and expand reproductive rights.

A daunting reality brought to light by New Mexico’s bill, which was notably introduced by Indigenous reproductive justice activists in the state, is that despite how it’s literally 2021, the majority of states technically still need to decriminalize abortion. If Roe were struck down right now, 29 states would still have trigger laws in their state constitutions that would either automatically criminalize abortion or stop protecting abortion rights.

For years, the existence of Roe has softened the reality that sexism, reproductive coercion, and violence against pregnant people are all still very much alive across the country. The fact that nearly two-thirds of states continue to technically ban or neglect to protect the right to abortion, because their legislators don’t view the autonomy and safety of pregnant people as high enough of a priority to take action, speaks volumes about our supposedly post-sexist country.

At any rate, how concerning is this landscape for abortion access in the U.S.? It’s definitely encouraging that the Biden administration has explicitly pledged support for codifying Roe into federal law, although advocates and people who have had abortions have long pointed out that even with Roe, there are still too many barriers to get care. Additionally, despite how six out of nine Supreme Court justices have records of opposing and voting against abortion rights, it seems likely the court will continue to uphold abortion restriction after restriction until the right remains in theory alone, rather than explicitly strike down Roe.

You may be thinking that, as long as Roe remains on the books, even if just on paper, then states’ trigger bans are harmless. But abortion decriminalization bills like New Mexico’s, or Massachusetts’ ROE Act and New Jersey’s Reproductive Freedom Act, are actually more important than ever. For one thing, laws that treat abortion differently from other health care create a culture of abortion stigma and lead to policies that restrict coverage of abortion care.

And even more concerning, for years, even with Roe in place, many people—and disproportionately women of color—have already faced criminal charges for the outcomes of their pregnancies, or for inducing their own abortions using medication abortion, which has become more common amid the pandemic, as it can be taken at home.

Today, more than one third of first-trimester abortions use medication abortion, which was approved by the FDA in 2000 and has an extremely low complication rate. But there’s a long history and ongoing trend of pregnant people—and especially people of color—facing criminal charges for using abortion pills or experiencing miscarriage, due to ongoing anti-abortion stigma, as well as weaponization of feticide laws in 38 states. Because medication abortion ends a pregnancy through inducing a miscarriage, if Roe were reversed or abortion were criminalized in any state, miscarriage would be treated as criminally suspect, too.

In 2012 and 2016, Bei Bei Shuai and Purvi Patel, both Asian-American women, were prosecuted for induced miscarriages. In 2011, a mother of three named Jennie Linn McCormack, who had her first child at age 14, was arrested for ending her pregnancy with medication abortion that she had purchased online. And in 2007, a Latina teenager named Amber Abreu faced felony charges for “procuring a miscarriage” when she used medication abortion.

We also encounter the criminalization of pregnancy even without medication abortion being involved. In 2019, Marshae Jones faced charges for manslaughter and was jailed after being shot in the stomach and experiencing a miscarriage. That same year, Brooke Skylar Richardson was charged with aggravated murder, involuntary manslaughter, child endangering, and gross abuse of a corpse upon giving birth to a baby she says was stillborn, when she was still a high school student.

In other words, pregnancy, medication abortion care, and being a person of color remain legally risky and potentially subject to criminalization. It certainly doesn’t help that most states maintain dated abortion bans, or would no longer explicitly protect the rights of pregnant people without Roe.

Donald Trump and Mike Pence may be out of power, but the court system and majority of state legislatures remain stacked against abortion rights, and pregnant people remain vulnerable to criminalization. We can’t rely on Roe alone, or grow complacent under a presidency that identifies as pro-choice. We need more states to adopt New Mexico’s approach, and proactively protect people who have abortions.