The Remake of Plan 9 From Outer Space Starts Filming Friday! 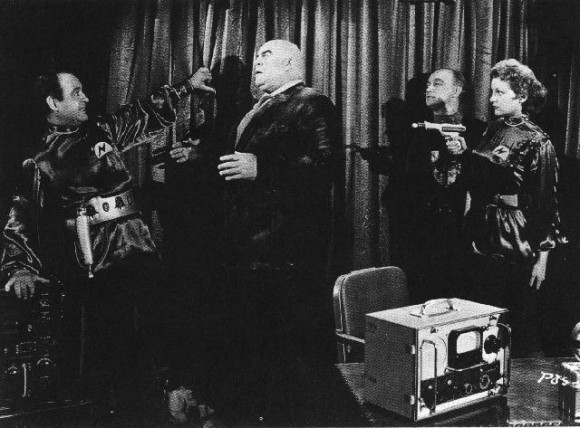 In other news: someone is doing a remake of Plan 9 From Outer Space!! Writer/director John Johnson confirmed to the Roanoke Times that filming begins this Friday and that expects to wrap by April 25. He plans to release it on DVD when complete. Johnson said that remaking what is generally referred to as “The Worst Movie Ever Made” started as a joke among fellow filmmakers, then snowballed into what looks like a more-than-halfway-decent remake. Seriously! Judging by the trailer (after the jump), this has potential to be pretty awesome!

The original Plan 9 From Outer Space by Ed Wood has been a target for anyone who loves B-movies and loves to make fun of them. It was a common joke on Mystery Science Theater 3000 to compare things to Plan 9 and Ed Wood because the Wood estate wouldn’t let them anywhere near his work. (Once they ended MST3K, they got the access they always wanted when they started RiffTrax.) But because of its horrible script, bad acting, inconsistent production, etc. the movie has been a laughingstock since its creation, and then a “reverse masterpiece.” And now, Johnson says that he will remake it as an homage to Ed Wood. From his site:

Simply titled Plan 9, the remake will be a serious-minded retelling of the original story, paying homage to the spirit of Wood’s film without resorting to camp or parody … Johnson’s goal for Plan 9 is to make a film that not only honors the original source material, but also Ed Wood’s intentions when he made Plan 9 From Outer Space.

Plan 9 is being made with the blessing of the only surviving cast member of the original movie, Conrad Brooks, with whom Johnson will be doing a commentary for a 2-disc DVD release of Plan 9 From Outer Space.

“… We are all interested in the future, for that is where you and I are going to spend the rest of our lives. And remember my friend, future events such as these will affect you in the future..”

(Plan 9 via Roanoke Times via io9)