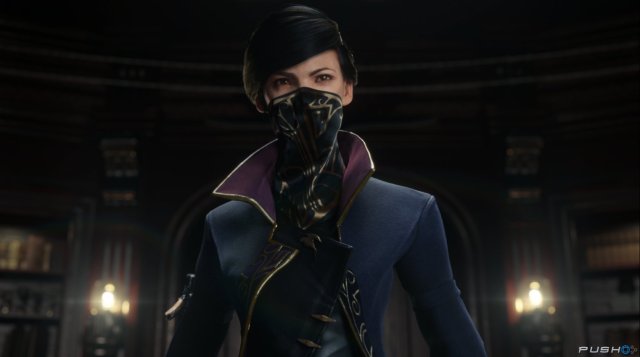 This year’s E3 has just passed, and that means tons of new game trailers, some previously announced, but many others not, were shown. And that also means (for me, anyway), tons more costumes to ogle/side-eye at. Here are some of the games, and their clothes, that caught my eye this year, and exactly what I think about them based on the small glimpses that we get to see in trailers.

Man oh man, I am so excited for Dishonored 2. Not only do we get to play as Emily Kaldwin, but her costume is also fantastic. There are a lot of little details that are easy to miss, like the asymmetrical hem on the coat that’s echoed by the asymmetrical lapels on the front, the little bird pin on the front (which I initially thought was supposed to be a swan, a symbol of the Empire, but it actually looks more like a falcon, which is possibly a reference to Corvo, whose name means “crow” or “raven.” Or maybe the symbol of a new pagan god?), her very modern and minimalist starched white shirt and cuffs (a huge departure from the large, fussy collars of the first game). It has echoes of the design for Corvo with the long coat, but these little touches make the look distinctly her own, and not just a riff on the previous game. I don’t think it’s a coincidence they chose purple and a deep blue as the dominant colors for Emily—those are after all the color of royalty.

However, it does strike me as kind of incongruous with the new setting. The city of Karnaca could not be any more different from Dunwall—the thing that struck me the most about this trailer is how sunny it is. But it also makes Emily’s costume seem kind of out of place. Let’s look at Corvo’s look—very dark and grey, and perfectly matched to the gloom of Dunwall. It’s meant to make him blend in better, to become one with the city and the surroundings. This is, after all, the point of a stealth game, especially one where achieving pure stealth and not killing anyone is such a key part of the game’s experience. Emily’s heavy coat and layers, even the color, don’t blend in with the surroundings at all. In fact, she sticks out like a sore thumb.

It also looks way too heavy for the weather—look at what the guards are wearing, short sleeved khakis. This is subtropical or even tropical city here. Emily’s garb is more suited to Dunwall than this place. Now, it’s possible that this is intentional, that we are supposed to mark Emily as an outsider here, as a person who is clearly from Dunwall. This may even wind up being significant. Obviously I can’t really make that call just based on a trailer, but I will be very interested to see if that’s the case when the game comes out. 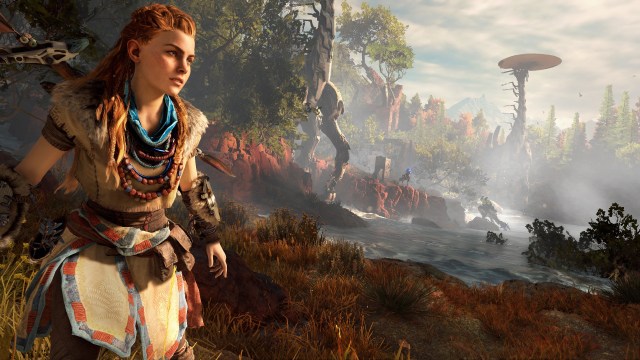 I think Horizon Zero Dawn looks like a lot of fun but I have probably never hated a video game costume more than I hate this one. They chose to put a white woman in dress clearly inspired by First Nations dress (or rather the Hollywood approximation of it), and I am incredibly not OK with this. This is cultural appropriation 101 here. Not only is it not even that representative of what Indigenous peoples in America actually wore (most buckskin dresses are one piece, for one); it also barely makes sense considering the setting. Why would people living in a post-apocalyptic North America immediately go for the “Hollywood Indian” look in the first place?

It shows no imagination whatsoever. No, this was chosen for what it codifies (because there are apparently only two ways you can do “tribal” and that is First Nations or African, which is problematic in a lot of ways) rather than putting any actual work into it. There is plenty of inspiration out there from say, Bronze Age Europe (see; the Egtved Girl, whose outfit is awesome, by the way.) that could have achieved the kind of look they were going for without being outright appropriate and borderline-offensive. (I only say borderline because at least she doesn’t seem to be wearing anything ceremonial.)

Sure, we could argue that these people probably don’t have access to wool because of giant robots running around everywhere that would probably eat them, and so buckskins probably makes more sense, but they did not have to be styled like this. I also think there was a huge missed opportunity here to incorporate bits of the robots she hunts into the design, in the form of jewelry and other accessories.

I am slowly coming around on Rise of the Tomb Raider. I absolutely hated the first reboot, like, hated with the power of a thousand suns, but it looks like a lot of the stuff that drove me bananas about the first game isn’t there in this one. Hooray! But I’m from Canada. We do not mess around when it comes to dressing for winter. Where are your snowpants, Lara? Why is your coat halfway unbuttoned even though it’s so cold out it’s visibly freezing the outside of the coat? That’s how you get frostbite, girl! Even Beyond: Two Souls didn’t do this. 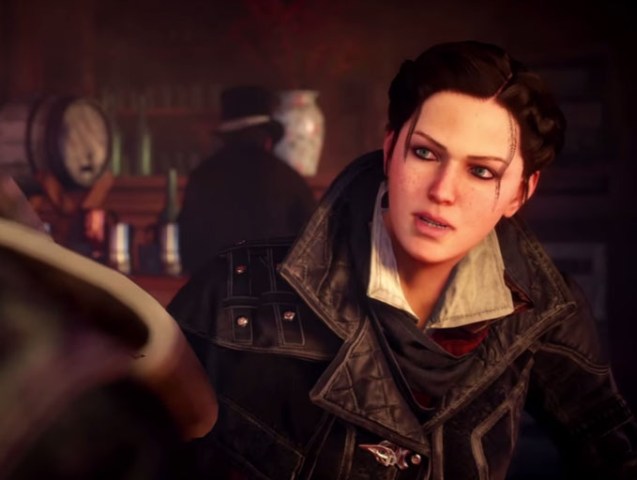 Can I talk about how much I hate Evie Frye’s hair? It’s so anachronistic for the period. I mean, everyone had that exact hairdo in like, 2006. It doesn’t look 1860s at all. (Though really no one in this game does.) While braiding the front of the hair was a popular hairstyle in the 1860s, the braids tended to be much lower, as were the buns that they were typically tucked into. The buns were also pretty large, as you can see in the hyperlinked image, because of course most ladies had very long hair in this period.

Deciding what to do with Evie’s hair was probably a bit of challenge: how women were wearing their hair in the 1860s doesn’t really lend itself all that well to the Assassin lifestyle. Most likely she would have chopped it off entirely, opting for a more boyish look instead, because that would probably make her life a lot easier. More women did this than you probably think. There was even a bit of a short hair craze in America in 1861, though their definition of short is definitely different from ours.

My inner Victorian goth teen is ALL ABOUT THIS: puffed sleeves! Frills! Embroidered details on the skirt! FEATHERED SLEEVES. I love how it’s dark and edgy AND feminine, because I feel like that’s something we don’t get to see in a lot of games. There are also a lot of small details that make this look and feel like real clothing, rather than a skin that’s just been slapped onto a sprite. I’m not super familiar with the NieR franchise but I feel like this outfit gives me a very good sense of who this girl is while at the same time looking like something I think she’d wear. 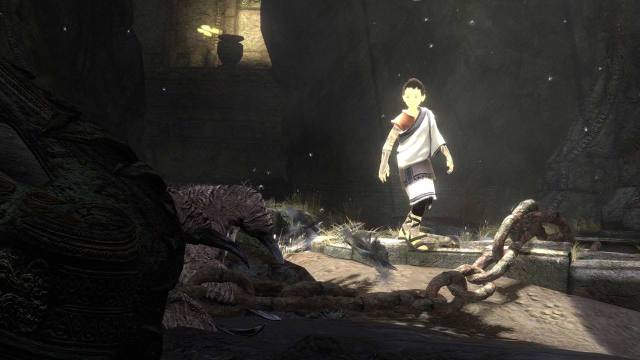 In 2010, The Last Guardian’s director Fumito Ueda was asked why his games, which include the cult favorites Ico and Shadow of the Colossus, don’t include female protagonists; he replied that it was because “girls have to wear skirts.” Unfortunately, later clarification did not do much to make this statement any less problematic (in fact it probably made it worse). Of course girls don’t have to wear skirts, and feeling like a character has to in order to be perceived as the correct gender is ridiculous, but what really gets me is how the character design for the boy character is basically wearing a dress.

OK, yes, it’s technically a toga, and he’s clearly wearing leggings underneath, but that is not that much different from a dress. Which is fine! There are cultures from all over the world (including Western ones) where trousers were not worn for thousands of years, and nobody thought it was weird or somehow not masculine at all. In fact, the rise of trousers probably had more to do with horseback riding than with gender, at least according to evolutionary biologists. And in fact, I think the decision to have the main character wear a garment like this makes for a much more interesting design, one I think more games could benefit from making. A long tunic and maybe a belt and a cloak to go over top were the standard male dress in a lot of places for a long time, after all.