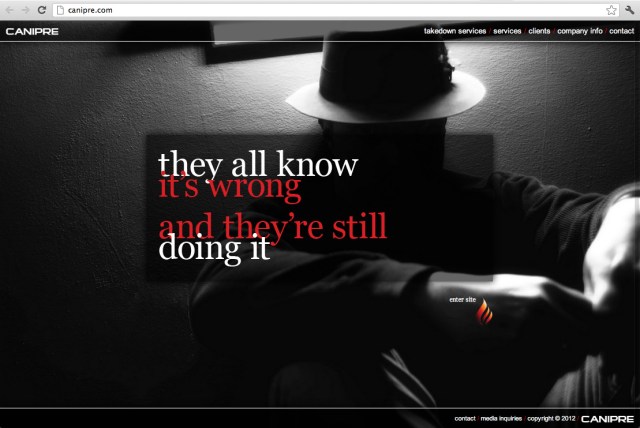 There are few things more amusing than anti-piracy advocates being caught, well, pirating. It’s the best kind of hypocrisy, if that’s a thing. That’s the situation Canadian anti-piracy company Canipre found themselves in this week after it was revealed that they totally didn’t receive permission to use a bunch of the images associated with their website. Oops.

See, besides taking a moral stance on piracy, Canipre also included a whole mess of pictures from various photographers on their website. One even had “they all know it’s wrong and they’re still doing it” plastered across the portrait. Vice Canada decided to take matters into their own hands and contacted Steve Houk, the man in the above photo, about whether Canipre had requested permission or maybe licensed the photo.

Turns out, nope. They sure didn’t:

I contacted Steve and asked if they had sought permission to use the picture. Steve said, “No. In no way have I authorized or licensed this image to anyone in any way.”

Since then, the image has been removed, and one Barry Logan at Canipre apparently blamed the vendor that developed their website for including images they had no right to use. Thank goodness for screenshots.