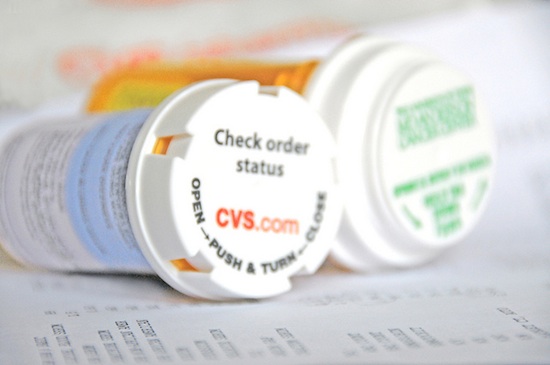 Crimes related to the theft of pharmaceuticals are a growing problem in and around New York City. Have no fear, though — the city’s police department has the answer, and it’s only mostly a George Orwell wet dream. Police Commissioner Ray Kelly announced today that the NYPD would take the unprecedented step of attaching GPS tags to prescription pill bottles, allowing the bottles — and the person they’re with — to be tracked in the event that the drugs are stolen.

Now before you get all up in arms about government agents tracking your movement through prescription drugs, there’s room to take a little heart here. The GPS tags won’t be on every bottle — just so-called “bait bottles” filled with fake oxycodone, one of the most commonly abused prescription drugs and one that’s near the top of would be drug thieves’ wish lists.  That’s because the GPS trackers aren’t meant to capture some knucklehead teenager sneaking off with Mom’s bottle of Xanax, but to keep tabs on armed robbers who can make off with garbage bags full of prescription pills at once. Throwing a bait bottle into that mix could help police track down violent criminals, and the idea of invisible trackers coming with a haul could even dissuade a few.

Kelly assured reporters that the tracking capabilities of any given bottle would only be activated by the NYPD if they are reported stolen, making the tags into a sort of high-tech answer to the dye packs sometimes used to mark stolen money. That could help lead police to dangerous criminals in no time flat, and maybe isn’t as creepy as the plan initially sounds.

That said, we’re talking about installing police tracking devices in medicine that people need to live or function. Even if you manage to make that prospect a lot less creepy than it sounds at first blush, it is still really, really creepy.