Phoebe Waller-Bridge Proves She’s the Inspiration We All Need 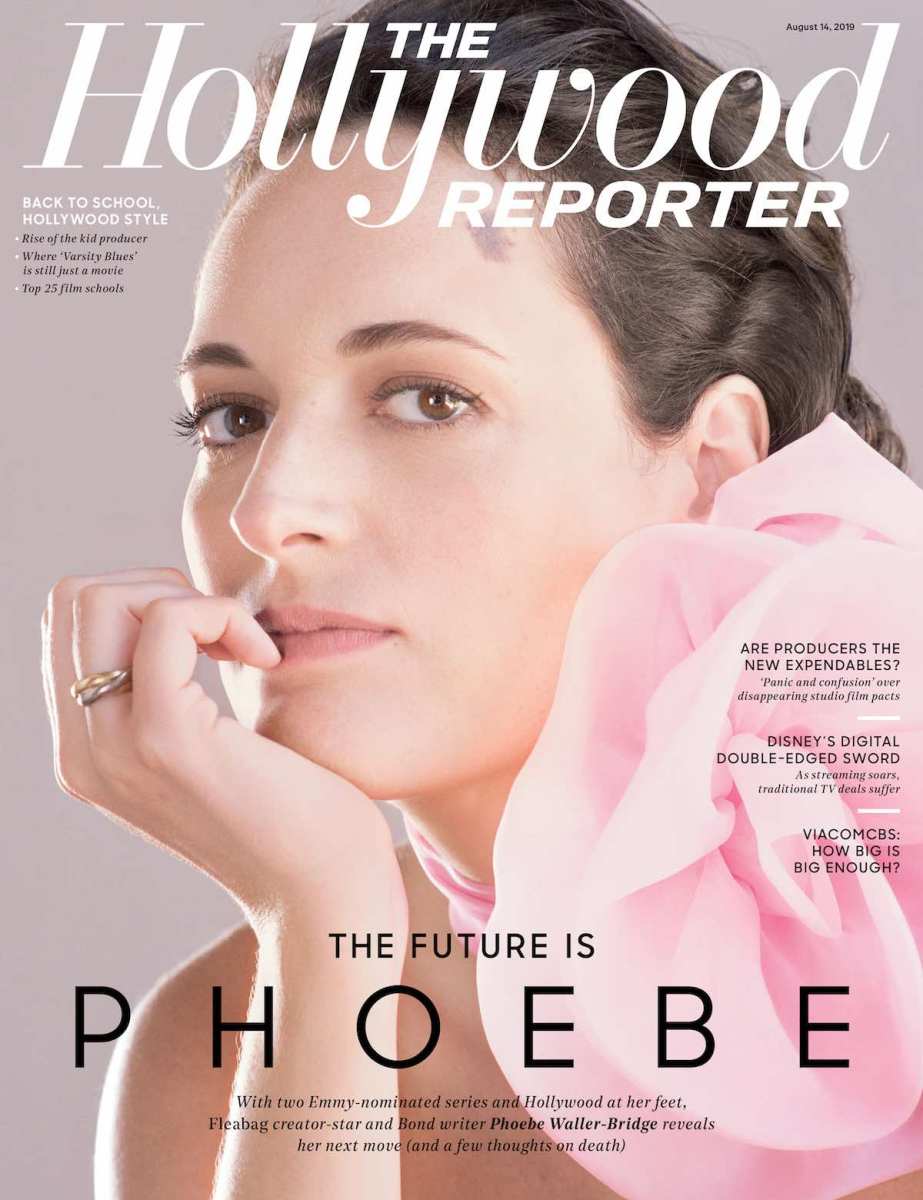 Phoebe Waller-Bridge is the kind of writer and actress that makes you want to get your work out there until you see her brilliance played out on screen and then maybe realize you can’t even compete in the same league as her. Sitting down with The Hollywood Reporter, Waller-Bridge got candid about writing, her work on Fleabag, and what the casting rumor of Lashana Lynch in Bond 25 can mean for the next generation of James Bond fans.

Also, just look at this cover. How does she manage to both convey so much emotion and also look like she’d not hesitate to kill me off in Killing Eve?

For many of us, we fell in love with the world of Phoebe Waller-Bridge through her work on Fleabag. A show about Fleabag, a young woman lost in her own grief over the loss of her friend and mother, who turns to a path of distraction and breaking the fourth wall, it became something of an internet classic. But, for me, it was more about Waller-Bridge’s writing and her ability to talk about topics typically deemed “unladylike” in a way that didn’t feel cheap or as if she was doing so to just for the sake of pushing the envelope.

She told THR, “I’m not saying [Fleabag] wasn’t a show about sex. What’s interesting is that when women write about sex, suddenly sex becomes the headline, the theme of the whole show.”

What’s even more fascinating is that Waller-Bridge has been in complete control of her show. It started as a one-woman stage show, the first TV season premiered in the summer of 2016, and we didn’t get the second season until this year, which, for many shows, seems like a wild time gap. Unless you’re Steven Moffat and this is Sherlock, that rarely happens, and when it does, it’s usually because a man has a say it in. But Waller-Bridge has remained in control of her own stories, and that, in turn, has made her a force to be reckoned with.

Still, many want to know what the future holds for Fleabag and whether or not a third season will happen. Phoebe Waller-Bridge’s thoughts on the matter? “When I’m 50, maybe, when you know there’s been a life lived and it’s a different face looking down the barrel.”

Not only is Waller-Bridge taking on the world of television, but she’s also hitting the Bond 25 writing team and making history as only the second woman to write on a Bond film. “There’s something about James Bond that always intrigued me in a similar way that Villanelle did. They live a fantasy! But it’s a life none of us would ever want, if we’re honest. We don’t want to go put a bullet in someone’s head to sleep with people and have martinis. It’s a kind of fantasy nightmare.”

To be quite honest, I’m excited to see a woman bring the famous spy to life. For so long, it was a male-dominated world, and now we, as female fans, can have our voices heard a bit more in the iconic franchise.

There is something incredibly inspiring about Waller-Bridge, who bares her soul through her work and makes it entirely captivating to watch. Often, we find ourselves watching her work and relating to characters that may never have fit into our ideas of what we thought were important to us. Watching Fleabag, I didn’t think I’d see a character who loses herself to sex and who constantly makes a mess of her life as someone I’d relate to, because I’m more of the “spend all my money on dumb shit” type, but still, while watching it, I found ways to relate to her, and that’s how many who watched the show feel.

Seeing her work in Crashing had a similar feel, and even Killing Eve has fans who love to see themselves as Villanelle or Eve. At the end of the day, Phoebe Waller-Bridge is one of the best storytellers we have out there, and I personally cannot wait to see what she does with Bond 25.