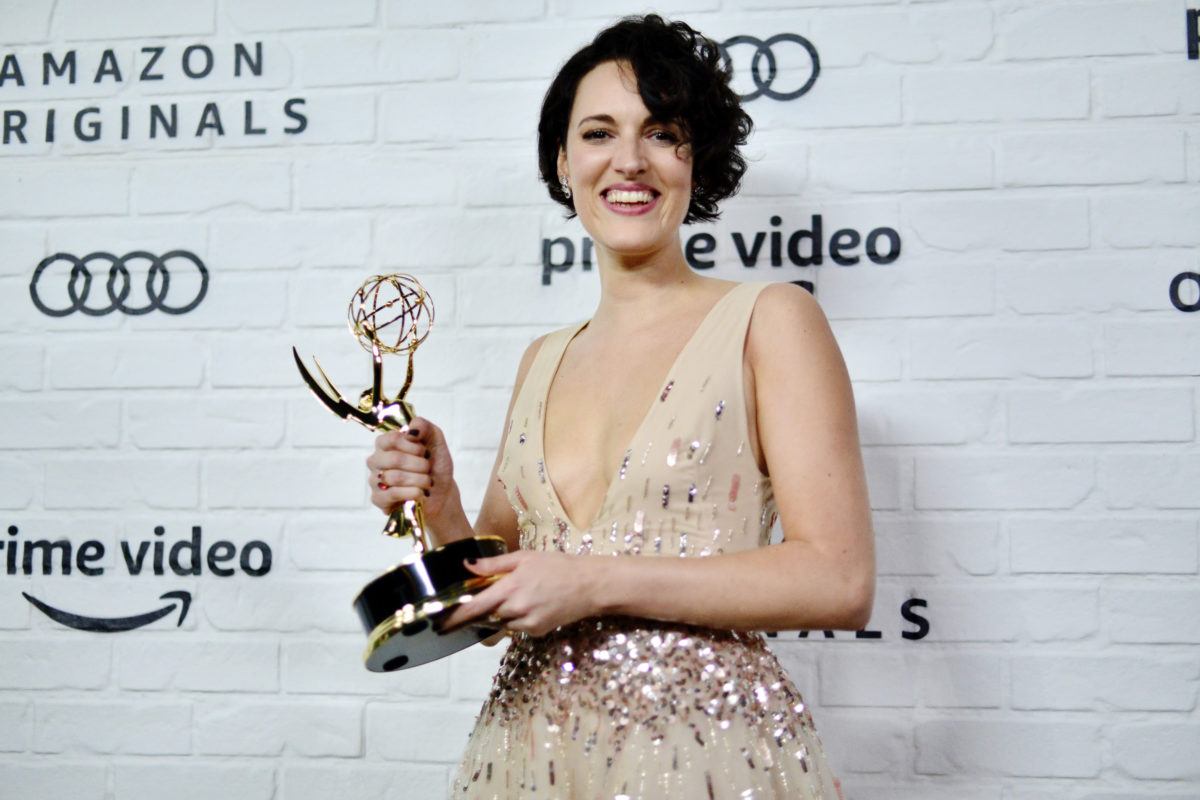 An image has surfaced the likes of which we have never seen before—two images, in fact, with the power to stop the internet in its tracks and force every Twitter user into a catatonic state. Those pictures? Two images of Phoebe Waller-Bridge celebrating her Emmy wins with a cigarette, Emmys, and a margarita.

Waller-Bridge became a household name with her show Fleabag on Amazon Prime Video. Based on her one-woman show, the television program brought to life the titular Fleabag, a woman who was constantly tearing her life apart and struggling to figure out not only herself, but adulthood—so, you know, relatable. She was messy, made mistakes, and became someone many of us could relate to in some way.

But, with the second season came the knowledge that Phoebe Waller-Bridge was not planning on doing a season 3. That mentality hasn’t changed, and seeing these two pictures of her, it’s certainly a power move and one that I most definitely respect.

These pictures seem to have emerged out of nowhere, much like our love of Fleabag, because I searched for at least twenty minutes, and there is no source to them. They just appeared to break us all down and force us to realize that maybe we’re all in love with Phoebe Waller-Bridge.

A post shared by Phoebe Waller-Bridge Source (@phoebewallerbridgesource) on Sep 23, 2019 at 7:43am PDT

A post shared by Phoebe Waller-Bridge Source (@phoebewallerbridgesource) on Sep 23, 2019 at 9:34am PDT

To be fair, if I just destroyed all expectations and won multiple Emmy awards, I’d also have this power pose—or, at least, I hope I’d be nearly as regal as Phoebe Waller-Bridge is while still being a badass. The Fleabag star has completely taken over our hearts and television screens with both Fleabag and Killing Eve, and soon, we’ll be seeing her take on the iconic James Bond as one of the writers on No Time to Die, the 25th film in the James Bond franchise.

Still, these pictures are … something else. So now, let us venture down the path of Twitter discovering these images …

this is so fucking hot it’s insane pic.twitter.com/HcgZZWNzvY

the hugest of moods pic.twitter.com/JHaZwBScOp

Me not giving a fuck about your bullshit: pic.twitter.com/Xybfx517Zy

I’ll say it once more. Fleabag changed my life and Phoebe Waller-Bridge is my queen and idol and I want not only to be her but also to be with her and to be murdered by her. pic.twitter.com/lBV185BFzw

Here’s hoping you move forward this week with the same energy that Phoebe Waller Bridge exudes in this picture: pic.twitter.com/SVsJubxcNG

While we probably won’t be getting a season 3 of Fleabag any time soon (Phoebe Waller-Bridge says never, but I’m never going to accept that), we still can thrive in our standom of Waller-Bridge and the brilliance she has both onscreen and throughout her writing!