Philip Pullman’s La Belle Sauvage Is Here and People are Loving it! 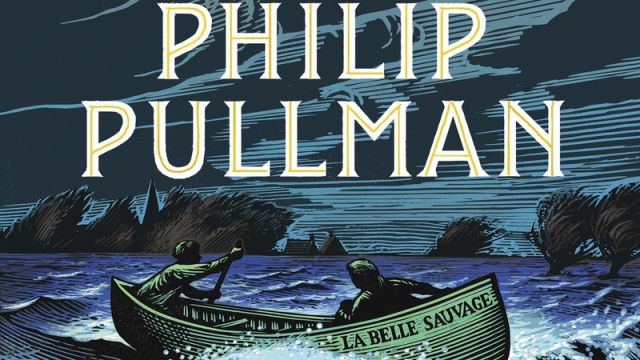 Back in February it was announced that Philip Pullman was working on a sequel/prequel series to his iconic His Dark Materials to much excitement and anticipation from readers. Well today, October 19th (also Pullman’s birthday) is the official release of La Belle Sauvage, the first book in the Book of Dust trilogy.

For those unfamiliar, His Dark Materials is a trilogy about a young girl named, Lyra and her friend Will going on a quest to defeat a powerful being in a world filled with magic and daemons.

People are already clamoring to read it, this humble writer included. Initially reviews have been praising the book as an interesting, if a little darker, return to the world that Pullman created.

“Fans of His Dark Materials will find themselves joyfully immersed in a familiar world of daemons, alethiometers, the evil Magisterium, friendly witches and foul night-ghasts, yet also delighted by Pullman’s new material; meanwhile, awaiting first time readers is all the pleasure of commencing their own journey into this most captivating of universes at the very beginning of Lyra’s story.”

“Much mythological material is being brewed: a predestined wonderful foundling, a child snatcher, a few treacherously beguiling spectres and perilous fairylands. Pullman’s immense powers of kinaesthetic visualisation keep the story pulsing on an epic scale as enchanted allegory combines with a full-on retelling of the Biblical story of the flood: defences cave in and banks break under roiling storm clouds, and the familiar world of Oxford and its meadows is drowned.”

“That world is succinctly described in the preface to His Dark Materials as “like ours, but different in many ways,” and it’s with great pleasure that La Belle Sauvage slips effortlessly back into Pullman’s richly imagined Brytain. Perhaps the best fantasy writer alive, and certainly a master of world-building, Pullman’s new tale is more broadly fantastical than The Golden Compass and its two follow-ups.”

Fans have also taken to Twitter to show off swag from some exclusive release parties in London that will make anyone feel hella jealous they were not able to attend.

RT & follow for the chance to win a #LaBelleSauvage; tote bag, to carry your copy of Philip Pullman’s new #BookofDust; pic.twitter.com/7CXJQaMSQC

I am beyond tired but today has been one of the best days. #LaBelleSauvage; I’ve visited Jordan College and drunk tokay pic.twitter.com/uFsJtc1jeG

When Pullman first released a statement on the new release, he stated that Lyra would be at the center of the story (thank goddess) and that this volume and the second will cover the early parts of Lyra’s life and the final will jump to her life 20-years later.

So, who is looking forward to reading more about Lyra’s story? Which book in the original trilogy is your favorite? My vote is for The Golden Compass, the less Will the better.

(via, The Independent, image: Knopf Books)