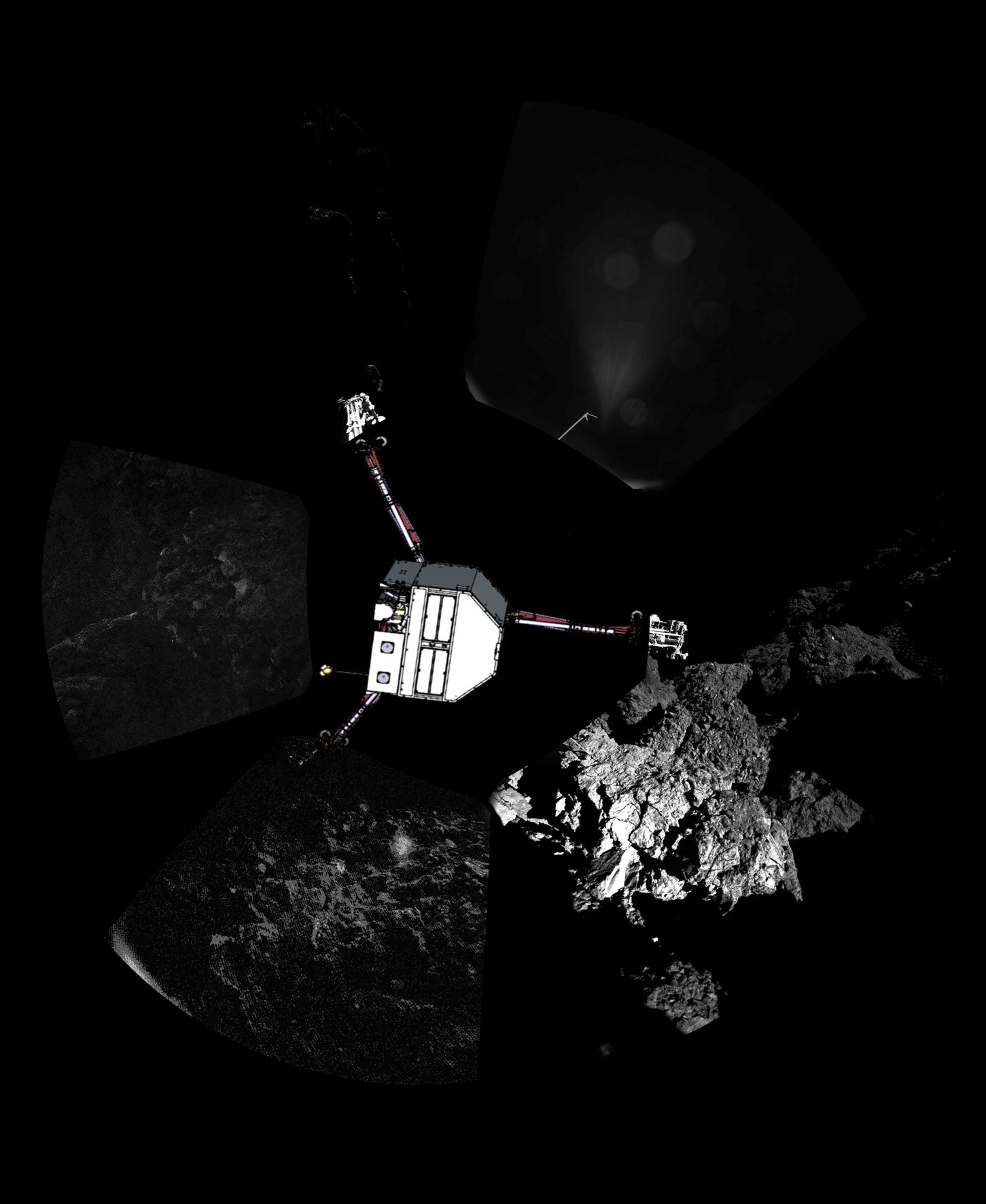 Celebration over ESA’s historic landing on a comet may have been temporarily put on hold when the Philae lander was determined to be in a poor position to use its solar panels and lost power, but data it sent back before then still holds potential for some amazing discoveries. Now, ESA has announced that the comet is indeed home to organic compounds—but no actual organic organisms. Still just one little robot. Sorry.

There is no word yet on just how complex the organic (carbon-based) compounds are—whether they’re simple molecules or amino acids. Philae’s readings and experiments on the comet’s surface are still being examined, but one of its instruments was able to sample the loose atmosphere around the comet and found the organic building blocks that will help us understand where those compounds come from during the formation of a star system—including ours.

Philae also managed to try to drill into the comet’s surface and found that under about half a foot of dust, the comet is solid ice that it was mostly unable to penetrate even with the maximum force of its instruments, despite risking flinging itself into space. For more, we’ll have to wait until the sun is at a higher angle in the comet’s sky and Philae gets more sunlight on its solar panels for further attempts at data collection.

But with these discoveries so far and more to come as existing data is analyzed, Rosetta mission manager Fred Jansen told New Scientist that Philae’s bouncy landing has actually allowed them to get data from multiple sites on the comet, saying, “For me this is an absolute success on such a daring enterprise.”

(via Universe Today and New Scientist, image via ESA)