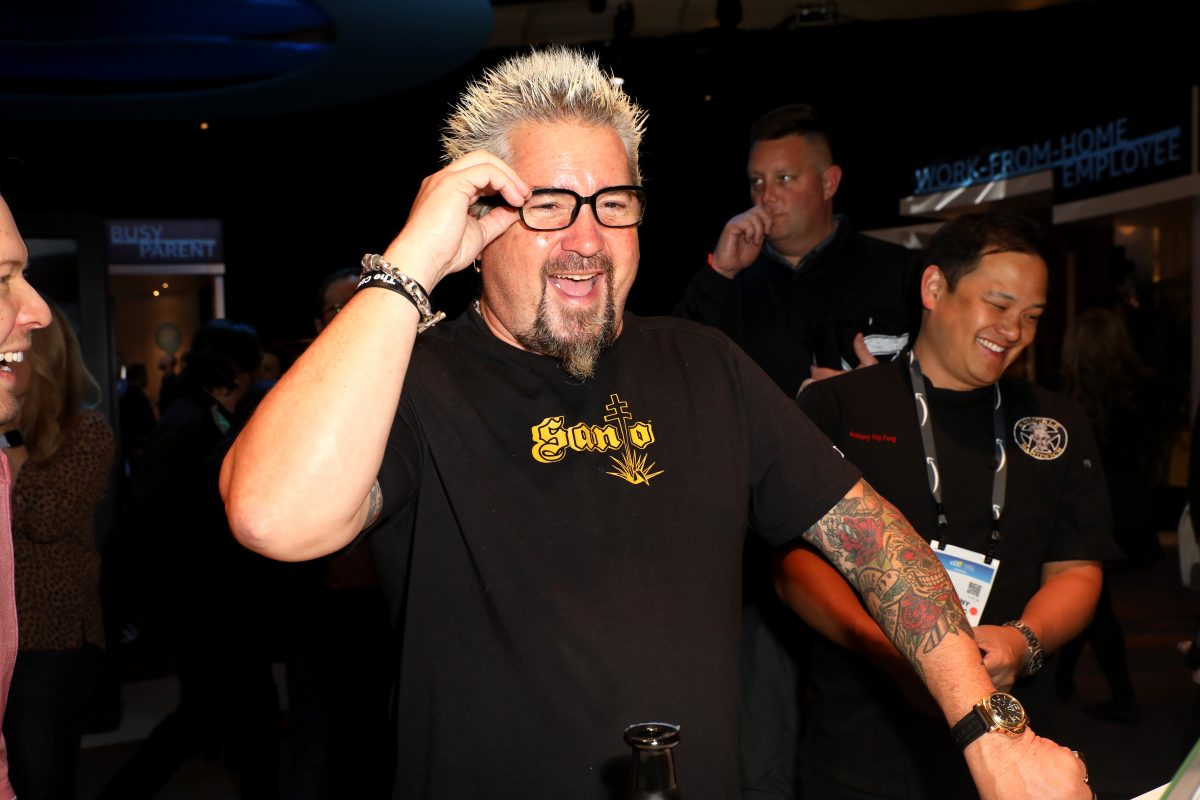 America is in the midst of a major reevaluation of how we see our history: what we honor, what we teach, and who we commemorate. We’re tearing down Confederate statues, but there are artifacts of our racist past that inform and support our racist present all over—in names, holidays, and more. This is why a petition is gaining steam to rename Columbus, Ohio “Flavortown” to honor an actual great Italian American: Guy Fieri.

Columbus is named after a murderous slaver who raped and tortured a whole lot of indigenous people after he “discovered” a continent that was already full of people. (And he wasn’t even the first European to reach the Americas! The Vikings beat him by hundreds of years!) Christopher Columbus was an extremely terrible person, who never set foot near the land that would one day be known as Ohio, so why is their state capitol named for that jerk?

The city of Columbus was founded in 1816, 13 years after Ohio became a state because the state leaders wanted a new, central capitol and I guess in the “west” the idea of naming things after a great “explorer” was popular. (Yeah, I’m looking at you, Columbia river). But that was over 200 years ago, and now we can admit that there’s no reason for such an important city to bear the name of a racist murderer.

Who should it honor then? Well, Guy Fieri, true unproblematic fave, was born there, and the city has a reputation as a hub for food culture so … Flavortown!

The petition to rename Columbus “Flavortown” has amassed over 75,000 signatures as of this writing. Petition organizer Tyler Woodbridge makes a very good case for the change in the text of the Petition as well:

Columbus is an amazing city, but one whose name is tarnished by the very name itself. Its namesake, Christopher Columbus, is in The Bad Place because of all his raping, slave trading, and genocide. That’s not exactly a proud legacy.

Why not rename the city Flavortown? The new name is twofold. For one, it honors Central Ohio’s proud heritage as a culinary crossroads and one of the nation’s largest test markets for the food industry. Secondly, cheflebrity Guy Fieri was born in Columbus, so naming the city in honor of him (he’s such a good dude, really) would be superior to its current nomenclature.

Now, while “Flavortown” seems a bit like the Boaty McMoatface of renamings, this does bring attention to the fact that the capital of Ohio should be renamed. Across the nation, many states have rebranded Columbus day as Indigenous People’s Day because more and more people are recocking with the fact that the man who did not discover America was the absolute worst, and the people of Ohio need to have the same conversation about their capitol.

And if Ohio wants to keep a place named after Columbus, just for Nostalgia, maybe consider the portal to hell near Cincinnati. Feels fitting.