Saying Goodbye to Peter Mayhew, the Heart of Chewbacca | The Mary Sue

Saying Goodbye to Peter Mayhew, the Heart Behind Chewbacca 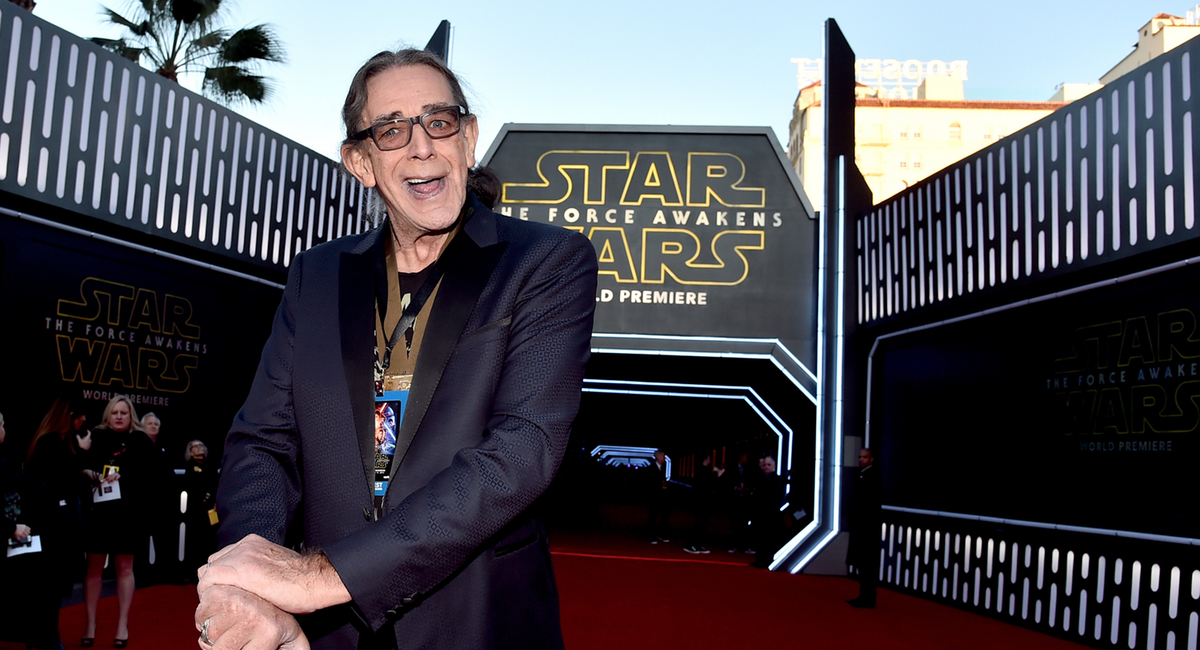 Yesterday, the Star Wars family lost one of its founding members. Peter Mayhew, the actor who brought Chewbacca to life throughout the Star Wars movies (until Joonas Suotamo took over in The Last Jedi), passed away on April 30. His family released the news to the public last night.

The family of Peter Mayhew, with deep love and sadness, regrets to share the news that Peter has passed away. He left us the evening of April 30, 2019 with his family by his side in his North Texas home. pic.twitter.com/YZ5VLyuK0u

Chewbacca is a vastly underrated character, mostly do to Mayhew’s incredible work. Chewie is compassionate, ferocious, and brave. While the human characters of the original and sequel trilogies tend to take precedence when we talk about iconic Star Wars characters, but Chewbacca has been part of the soul of the franchise since day one, and we would not love him as much if Mayhew hadn’t crafted such amazing work.

Mayhew himself was also an immensely kind man who loved his fans and his costars. He founded the Peter Mayhew Foundation, a non-profit that, as defined by the website, is “devoted to the alleviation of disease, pain, suffering, and the financial toll brought on by life’s traumatic events. By providing its available resources directly to deserving children and adults in need, we assist numerous charitable organizations in order to promote and  boost their effectiveness and provide support where needed.”

Mayhew’s costars took to Twitter or released statements about his passing, all expressing profound sorrow and also profound gladness that they knew him.

He was the gentlest of giants-A big man with an even bigger heart who never failed to make me smile & a loyal friend who I loved dearly-I’m grateful for the memories we shared & I’m a better man for just having known him. Thanks Pete #RIPPeterMayhew #Heartbroken @TheWookieeRoars pic.twitter.com/8xbq9HEWF2

You wrote him one of the most wonderful notes at the Rogue One premiere. He looked back on that very fondly and it meant a lot to him and us. https://t.co/9dzmzFjfDP

But perhaps the most important response came from Harrison Ford, Mayhew’s copilot. Ford released a statement to the Hollywood Reporter shortly after Mayhew’s passing was announced, saying, “Peter Mayhew was a kind and gentle man, possessed of great dignity and noble character. These aspects of his own personality, plus his wit and grace, he brought to Chewbacca. We were partners in film and friends in life for over 30 years and I loved him. He invested his soul in the character and brought great pleasure to the Star Wars audience.”

Mayhew’s family, still running Mayhew’s Twitter as a memorial, had a simple yet powerful response.

To mourn the death of such a beloved icon is hard. I can only hope he’s sipping Diet Coke with Carrie Fisher and Kenny Baker somewhere in the stars.

Thank you, Mr. Mayhew, for everything you gave us.