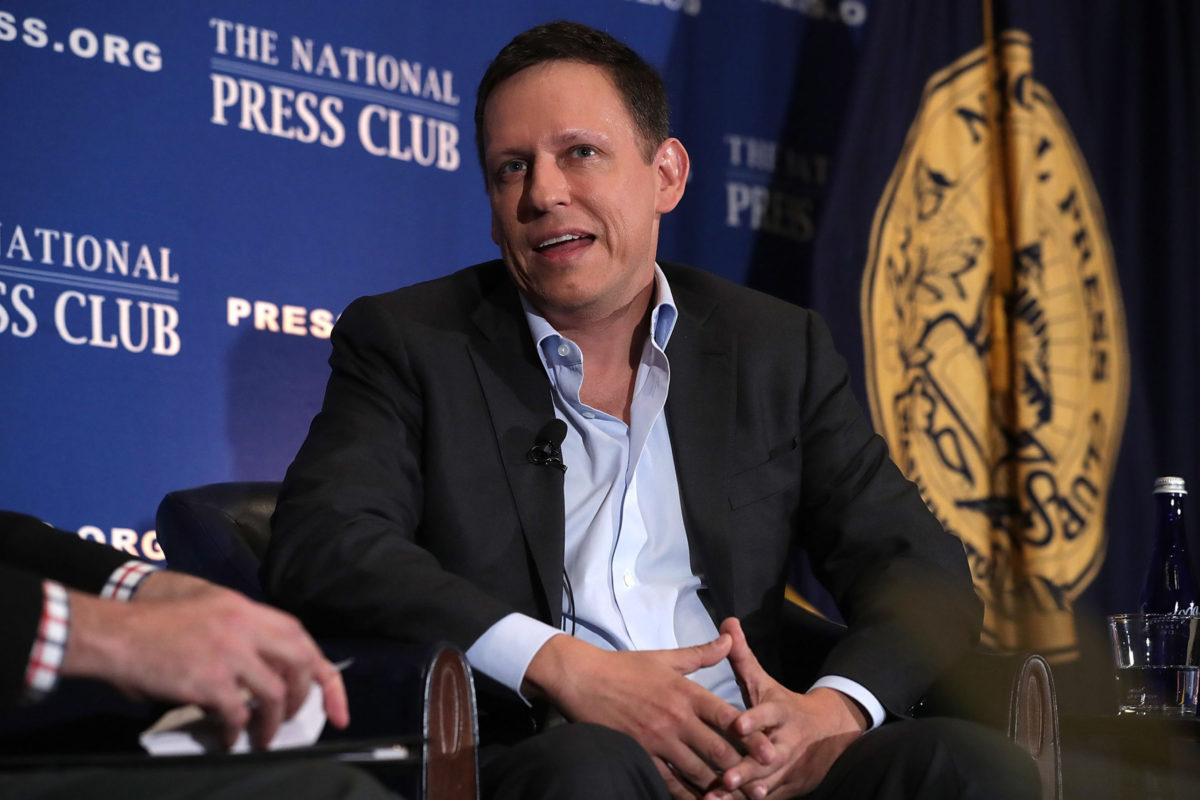 Lunatic billionaire and actual vampire Peter Thiel is at it again! Capitalism’s patron saint of the panopticon gave a lecture to donors of the Manhattan Institute for Policy Research conservative think-tank on “The End of the Computer Age.” He sweated his way through a 40 min long speech (and subsequent audience Q&A) that covered everything from Margaret Thatcher regretting entering the EU to accusing Michelle Obama of being a hypocrite for sending her daughters to Harvard.

But the true gem of the evening was when he decided to try and tackle both cryptocurrency and AI. According to Thiel, Bitcoin is “libertarian” and AI is … wait for it … “communist!”

“If we were to tell the two technological stories about scale at this point, one of them is still the sort of crypto revolution which is still going on with Bitcoin and has this sort of this libertarian potential. But I think there is sort of an alternate tech story which is about AI, big data, centralized databases, surveillance, which does not seem libertarian at all. You’re sort of going to have the big eye of Sauron watching you at all times, in all places. And I often think that we live in a world where the ideology always has a certain veil on it. So if we say that crypto is libertarian, why can’t we say that AI is communist, and at least have the sort of alternate account of scale?”

He seemed content to drop that hilarious mind-melter of a statement and move on, however in the audience Q&A he was asked to explain his thoughts on it. To which he answered:

“The main AI applications that people seem to talk about are using large data to sort of monitor people, know more about people than they know about themselves […] where you can know enough about people that you know more about them than they know about themselves, and you can sort of enable communism to work, maybe not so much as an economic theory, but at least as a political theory. So it is definitely a Leninist thing. And then, it is literally communist because China loves AI; it hates crypto. And so that, I think, tells you something. And then I think there’s a commonsense level on which people are creeped out about it and this is why. And we should label it accurately.”

Oh Thiel! Our boy is going Libertarian in the streets but Authoritarian in the sheets! Let’s not forget that this dude founded Palantir, the big data analytics company that quite literally helps ICE organize its brutal authoritarian tactics and human rights abuses. Thiel also founded the Anduril surveillance company with right-wing troll and Oculus VR creator Palmer Luckey. And aside from having a boner for naming his most ominous projects after Lord of the Rings weapons, Thiel is also most famous for using his billions to destroy Gawker (RIP), bankrolling the Hulk Hogan lawsuit from the shadows. He is literally the definition of authoritarianism run amok but go off I guess!

First, because I’m a nerd and it bothers me, while Palantir is actually a very good name for a creepy surveillance company (the palantirs were the orbs Sauron and Saruman used to spy on Middle Earth), Anduril is the name of Aragorn’s sword. Anduril means “flame of the west” and was supposed to be bright and unbreakable—the ultimate weapon for destroying the evil of Sauron. I guess you could make the argument that as a surveillance company tasked with border security they are trying to shine a light into everyone’s business? But that one is a stretch my evil dudes!

Second, I want to actually examine this bad faith argument that AI equals Communism. His main critique seems to be about the authoritarian use of data and surveillance, which is concerningly true! Except that we must remember he is a huge perpetrator of that authoritarian surveilling, he just doesn’t want anyone doing it back to him. But then he moves on to calling it “Leninist” and saying it must be “communist” because China loves it.

But Leninism is specifically the political theory that argues for the creation of a revolutionary vanguard party in order to achieve the “dictatorship of the proletariat” which both Lenin and Marx believed was the essential in-between step to transitioning from a capitalist state to a communist one. It’s not the final stage, it’s the messy middle. As a political theory it is essentially arguing that us proles need one political party to unify behind that can help re-educate and get the revolution done.

People love to freak out at the word “dictatorship” but for Marx it meant that the power of the state would be controlled by the people and not the much smaller capitalist ruling class. None of that feels congruous with AI or even AI as a surveillance tool. However, China does love both surveillance and authoritarianism, but that just makes China bad at communism. Those tools themselves are not inherently “communist.”

But … uh … if Peter Thiel wants to try to trick a bunch of other millionaires and billionaires into thinking that they (and him) are libertarian for acting like dragons hoarding their piles of gold in their Lonely Mountains (how’s that for a Tolkien reference, Thiel!) then he can go right ahead, because this video gave me the heartiest of LOLs on this wintry Tuesday.