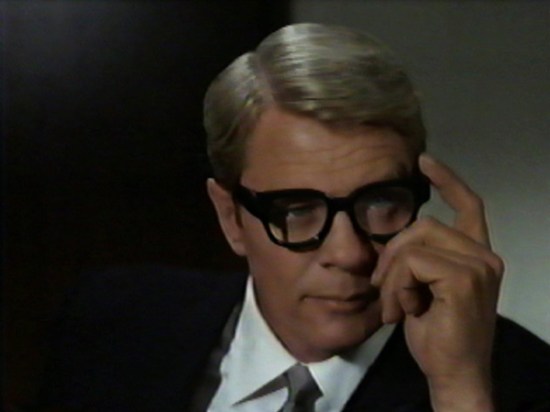 Peter Graves, the Mission: Impossible star who inspired countless geeky fantasies of espionage and self-destructing tapes as the star of the kinda-funny, kinda-serious series from season 2 on, but who we’ll remember best as Captain Clarence Oveur from Airplane! and Airplane II: The Sequel (“Clarence Oveur, over”), passed away yesterday at the age of 83 due to an apparent heart attack, the Washington Post reports.

From the Post‘s obituary:

As American secret agent Jim Phelps in “Mission Impossible,” Mr. Graves was called on for daunting tasks each week by the Impossible Missions Force.

The request for his services always began with the resonant, much-repeated catchphrase: “Your mission, should you choose to accept it…” Ever cool and competent, Mr. Graves’ secret agent chose to accept. An Air Force veteran and champion high school athlete who stood an imposing 6 feet 2 inches, Mr. Graves let down neither the task force nor audiences during the course of more than 140 episodes.

The show ran from September 1966 to March 1973. As a member of the cast and leader of the secret task force for all but the first year, Mr. Graves accepted and completed missions as vital as they were suspenseful. The show has been described as one of television’s most watched, and Mr. Graves reprised his small-screen life as a secret agent when the show was revived.

Here’s Reuters’ video of Graves getting a star on the Hollywood Walk of Fame last year: