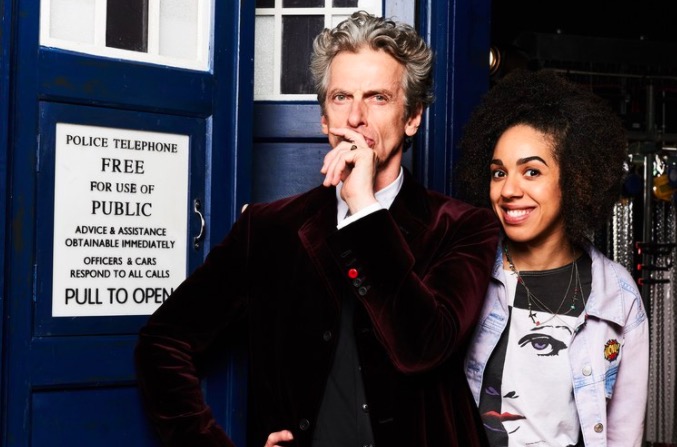 “Things end. That’s all. Everything ends, and it’s always sad. But everything begins again, too, and that’s always happy. Be happy. I’ll look after everything else.”

This quote, from holiday episode “The Return of Doctor Mysterio,” is perhaps the most succinct summation ever of what it feels like to be a Doctor Who fan, particularly as another regeneration looms before us. The process by which the Doctor passes from one actor to another is always a bittersweet experience, as we say goodbye to a character we all love—or at least have more than a passing familiarity with—and take a leap into the unknown with someone new. It’s both exciting and sad, thrilling and anxiety-inducing. How will this new Doctor stand up to the previous incarnations? Will we like them as much as our previous favorites? What sort of stories will they tell?

The transition between the old Doctor and the new feels particularly momentous this time around, given that the Thirteenth Doctor will be played by a woman for the first time ever. It’s hard to overstate what a big deal this switch is, both for Doctor Who itself and for the female fans who have spent so long loving it. But in our eagerness to get to the Jodie Whittaker era, we’re perhaps forgetting something quite important, and that is to take a proper look at outgoing Doctor Peter Capaldi and everything his run on the show has meant. As Twelve faces down regeneration, it’s clearer than ever that, while this Doctor may not have claim to the series’ best stories, he does have what is perhaps the definitive handle on its heart.

When the history of Doctor Who is written, it will be exceedingly kind to Capaldi and his Twelfth Doctor—not because he had a particularly memorable catch phrase, or edged around an angsty romance with a companion, or a starred in one of the series’ all-time great stories or specials. Capaldi’s Doctor did none of those things, yet, despite the fact that the Twelfth Doctor era has been both uneven narratively and divisive critically, we’ll likely remember Capaldi as one of the best of the modern Doctors, long after we’ve forgotten the specific details of his episodes.

The Capaldi era is marred by wildly inconsistent characterization, overly complicated narratives, season arcs that couldn’t stick their landings, clunky filler episodes, and a companion who got at least three different exits before actually managing to leave the show.

Yes, there are some truly awful episodes during Twelve’s run. Looking at you, “Kill the Moon.”

Some of the biggest arcs have disappointing payoffs. The conclusion of the return of Gallifrey story in “Hell Bent” feels infuriatingly wasteful.

There’s too much repetition, as several stories tread familiar ground from previous episodes. That Bill Potts gets what is essentially Clara Oswald’s ending feels particularly lazy.

And no one expects the series’ most shocking twists to last for very long. We all knew Clara would never stay dead.

However, none of that actually matters that much, in the end. Ultimately, the story of Capaldi’s Twelve is more of a thematic arc than a narrative one. His time on Doctor Who won’t be defined so much by the Doctor’s return to Gallifrey or his irregular stewardship of a quantum fold chamber as it will the emotional journey around these (and other) points.

In his earliest days, the Twelfth Doctor was much darker than his immediate predecessors. Brusque, grumpy and much more emotionally reserved, Twelve could often come off as harsh or uncaring. A more kindly reading of his Season 8 attitude is simply that his standoffishness is as much a defense mechanism as anything else, a more stripped down version of Eleven’s aggressively stylized quirkiness. His persona may seem radically different from previous versions, in that he is more withdrawn, less warm and generally a great deal pricklier this time around. Whether this is meant as an in-character reaction to the final few years of Eleven’s life, a byproduct of his sudden new set of regenerations, or simply because the folks behind the scenes hadn’t quite got a handle on how to write him yet, is unclear. Yet, despite the stumbling characterization and overly gruff manner, the overarching character narrative still works. At the end of the day, this is still a man who chose his own face as both a reminder and a promise: Be the Doctor. Show compassion. Save people. Be kind. (It just takes him a while to figure that out, in the end.)

The larger story of the Twelfth Doctor is not just realizing this promise, but living it, in the end. By the time Season 10 rolls around, Twelve has not only become a softer, less abrasive figure, but someone who tries uphold the vow that’s implicit in the face he chose. He’s the Doctor. He saves people who deserve it—and just as many who don’t. He embraces adventure, but he ultimately stands for care and courage, forgiveness and second chances, in defiance of a world that says those things aren’t important. This Doctor—and Doctor Who itself, particularly in the Steven Moffat era—argues that kindness matters, that being decent is a choice, that love is the most radical act in the universe. Every day is a chance to choose the side of light—to love our friends, sometimes beyond all hope, and to forgive our enemies, sometimes beyond all reason. To do all of this, even when it’s hard—even when you fail—because it’s what the Doctor would do. It’s what Capaldi’s Doctor, particularly, does.

In the end, Capaldi’s rendition of the Doctor will likely be remembered most fondly for his barnstormer speeches, which often implored others—and us, by extension, as viewers—to do better than they had before. They insist that we always have the ability to move beyond our worst impulses, that it’s never too late to embrace choosing the right thing. The specifics of Twelve’s story, when taken individually, may not make a tremendous amount of sense. (If I’m honest, there are aspects of “Hell Bent” I’d like to erase from my brain entirely.) But, ultimately, it gets the proverbial spirit of the law—of Doctor Who itself—exactly right. For all his flaws and rudeness and hubris, this Doctor never stops trying to do better than he has before.

The story of Twelve is one that implores us over and over again to find the best in ourselves, and cling to it. To talk to those who are different from us. To help people that need it, just because it’s decent. To do the right thing, even and especially when it’s not easy or profitable—without hope, without witness, without reward.

Jodie Whittaker’s Thirteen will doubtless go on a similar journey. It won’t look like Twelve’s, because every Doctor’s story is different, but hers will likely hit many of the same themes. That’s a good thing, because the true magic of Doctor Who is that it reminds us of the tremendous capacity for goodness in all of us, and then encourages us to use the power of that goodness to change the world. (Or even save the universe, when necessary.) So even as we celebrate the arrival of a Doctor that many of us have been waiting our whole lives to meet, let’s not forget the incarnation that ultimately got us here, whose heart was the story, in the end.