Peter Capaldi Not Thrilled With How the BBC Handles Doctor Who 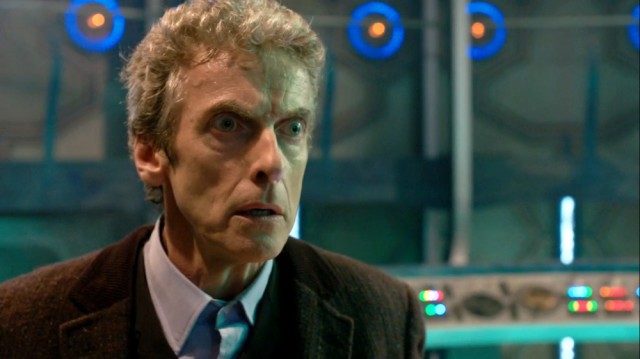 It seems the Doctor isn’t thrilled with the BBC’s handling of his show.

In a recent interview with Newsweek, Peter Capaldi talked about – among other things – the fact that the way the BBC schedules Doctor Who in the UK may have a direct impact on its ever-decreasing ratings, believing that scheduling the show later impacts how families with children are able (or not) to enjoy the show. He says:

It does frustrate me. If you’re going to have a family show, I think you have to build up a little ritual around it—and that ritual usually starts with having it on at the same time [every week]. Even I didn’t know what time it was on because it got later and later and later.

The BBC is an incredible organization, but… sometimes people there think, That [it’s] looking after itself. And [Doctor Who is] not being looked after. I think maybe their eye was taken off the ball, or the show was seen as a thing they could just push around. It’s not. It’s a special thing.

io9 highlights why this scheduling is particularly a problem in the UK. Doctor Who is very much still considered a family show in Britain. Not only does airing it later mean that kids often aren’t awake to watch it when it’s on, but those that do stay awake are affected, too:

9:00 pm is also a very specific and important time in UK TV. It’s the beginning of a period called the “watershed,” a period between 9:00 pm and 5:30 am where adult content (explicit sex, graphic violence, swearing, and so on) can be legally broadcast. It’s sometimes called “safe harbor” in the US, and runs between 10:00 pm and 6:00am, but is generally not as strictly enforced.

Meaning that if kids stay up to watch Doctor Who, parents run the risk of their kids seeing something immediately before or after that’s totally inappropriate for children. It’s a bit of a conundrum.

Sure, parents can DVR shows now and whatnot, but there’s something to what Capaldi says about rituals. Children thrive with rituals and structure, and DVRing shows kind of encourages people to put off watching until whenever. Is it any wonder then that the ratings are suffering a bit.

Hey BBC, you might want to listen to the Doctor’s advice. He’s had all of time and space to think about this.