Study Shows That Injecting Yourself With Young Blood Won’t Cure What Ails Ya, So Maybe Don’t Be a Vampire? 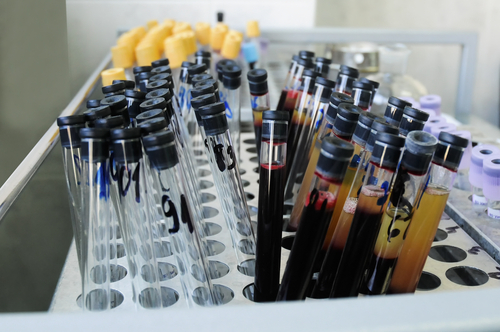 In a headline that looks like it was ripped straight out of a dystopian vampire YA novel, Popular Science shared the news that you can’t exactly make yourself healthier by getting transfusions of blood from younger people. Sorry, Peter Thiel. The study, published by Nature Communications, actually says that while blood from a younger source isn’t a panacea, blood transfused from older sources is actually harmful.

The test was performed on mice, where blood was exchanged between a young mouse and an old mouse. While the older mouse didn’t show any concrete health improvements that can be attributed to just the blood, the younger mouse showed an increase in problems affecting its organs. One of the only possible benefits brought about by transfusion of blood from younger mice was a the improved regeneration of muscle after (simulated) injury. The older mice were able to more efficiently regenerate muscle thanks to the young blood.

But again, these results weren’t exactly conclusive. The study goes on to explain that “the positive effects of young blood could also be explained by dilution of old blood, and not necessarily by young factors.”

In the inverse, younger mice showed significant decline in performance when they were given older blood. The test they used involved having the mice hold on to a mesh with their paws while hanging over a soft landing pad. The time it took for them to tire out and let go was measured, and the study showed that mice who received older blood had a marked decrease in performance—they weren’t able to hold on as long. Older mice with younger blood similarly did not show any increase in performance.

All that being said, I’m finding myself morbidly curious about how this is going to turn out. While I shudder at the more further-flung implications of such studies, my horror is offset by my (admittedly alarmist and likely hyperbolic) jaded cynicism regarding what rich baby boomers will do to continue stealing futures from younger people.

I mean, really, they’ve already crippled us socially, financially, and otherwise. What the hell, why not take our blood and our youth, too?