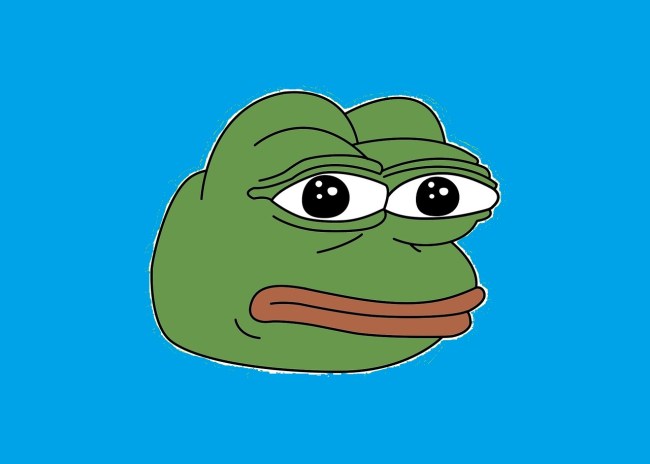 Happy Free Comic Book Day (FCBD), readers! I apologize for the clickbait headline, but I didn’t want to spoil anyone. If you’re planning to read Fantagraphics’ FCBD offering, World’s Greatest Cartoonists, and don’t want to be spoiled for Matt Furie’s one-page comic, read no further! But if you’re not too worried about spoilers, have I got news for you.

Pepe the Frog, as many of you may know, started life as a chill, pot-smoking frog in Matt Furie’s Boys’ Club digital zines – but was eventually co-opted by white supremacists as a symbol of the alt-right. When Pepe was first officially designated a hate symbol by the Anti-Defamation League, Furie suggested that this racist iteration of the Pepe meme was “just a phase, and come November, it’s just gonna go on to the next phase.” After all, Pepe had been extensively and variously meme-fied before.

However, in October, Furie offered two far angrier responses. He published a Time magazine piece that read, “It’s completely insane that Pepe has been labeled a symbol of hate…It’s a nightmare, and the only thing I can do is see this as an opportunity to speak out against hate.” He also published a truly terrifying response comic over at The Nib, clearly demonstrating some existential horror at Pepe’s fate. And now it looks like he’s really accepted that there’s no taking Pepe back.

Today, on Free Comic Book Day, as part of World’s Greatest Cartoonists, Furie published a one-page comic…of Pepe’s wake. In the strip, Pepe lies in a casket while his Boys’ Club friends – Landwolf, Brett, and Andy – gather round to memorialize him. Though the tone is still marked by irreverent, slacker humor (Landwolf pours booze on Pepe’s face to toast him), it’s a clear declaration that Pepe is now dead. The alt-right has killed the joy.

Feelings-wise, I’m a little torn. I love Furie’s bold, take-that rejection of a hate group’s co-opting of his art. But I’m also sad that true control of this fun, easily meme-able character was taken from him in such a way. It must be disturbing to see your “blissfully stoned” frog character used by actual Nazis to facilitate jokes about genocide and hate.

Back in September 2016, Furie reflected on the nature of a relatable character like Pepe, one who works as “a symbol for feeling sad or feeling good and many things in between.”

“This isn’t the first time that Pepe has been used in a negative, weird context,” he told The Atlantic, “I think it’s just a reflection of the world at large. The internet is basically encompassing some kind of mass consciousness, and Pepe, with his face – he’s got these large, expressive eyes with puffy eyelids and big rounded lips, I just think that people reinvent him in all these different ways. It’s kind of a blank slate. It’s just out of my control, what people are doing with it.”

In-canon, at least, Furie got some control of his character back. And while I mostly want to barf when I see Pepe nowadays, there is one exception: sometimes, in videos of Richard Spencer getting punched and glitter-bombed in his racist face, I’ll catch a glimpse of his Pepe pin, smirking up at the camera. And I get the brief feeling that there’s a little karma going ’round.

(Via CBR; image created from Pixabay)