Penny Marshall To Direct Biopic of Effa Manley, The First Woman In The Baseball Hall Of Fame 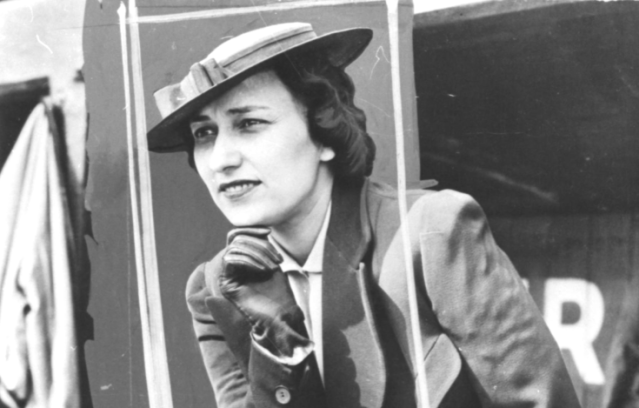 Penny Marshall – famous for directing A League of Their Own, the story of an all-female baseball league during WWII – is heading back to the baseball diamond, taking on the story of Effa Manely, the first-ever women to be inducted into the Baseball Hall of Fame.

Effa’s story is fascinating, and deals not only with issues of feminism and sexism in the ’30s and ’40s, but is also inherently tied to issues of race. Though her particular background is unknown, Effa personally identified as black. Her husband, Abe Manley, was a black man fifteen years her senior, with whom she owned the Newark Eagles, part of the Negro National League – and they won the League World Series in 1946.

Effa was a fierce civil rights defender and fighter, participating in “Don’t Buy Where You Can’t Work” campaigns, and advocating for better scheduling, pay, and accommodations for the entirety of the League. The Eagles supported and fundraised tirelessly for the Newark community, and helped to open the Booker T. Washington Community Hospital, Elks lodges, and student camps. Basically, not only was she breaking down gender barriers by being a female team owner, she was also breaking race barriers. And that’s pretty rad. And she was the first woman inducted into the Baseball Hall of Fame! In 2006!

Yeah. There were no women in the Baseball Hall of Fame until 2006.

“The story is a fascinating tale of a woman who broke through so many barriers and accomplished so much for the players and the game, during a time when the face of baseball changed forever,” said Marshall.

Marshall will start shooting Effa in Savannah, Georgia in early 2015 with a script by Byron Motley.

(via Movies.com, image via Baseball Hall of Fame)