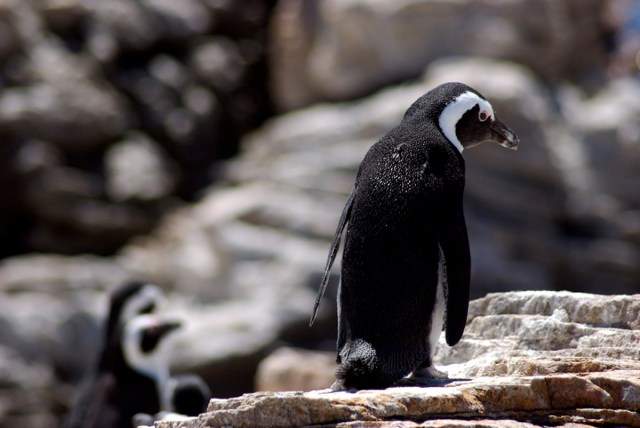 You know how it goes. You’re hanging out with all of your penguin buddies, giving rocks as signs of affection, enjoying the snow and being adorable… and then you’re in a zoo in Britain in a record-breaking rainy season, and it really bums you out. That’s why zookeepers in Britain are slipping their penguins antidepressants.

The group of 12 Humboldt penguins at the Sealife Centre in Scarborough, Northeast England, are used to the cold in their natural habitat in Peru and Chile, but the unusually prolonged rainy weather in Britain is stressing them out. (The “being in captivity” part probably doesn’t help much, either.)

That’s why the zookeepers are slipping antidepressants into their food. Then they probably take a few themselves, because how can you even live with yourself when you’ve got sad penguins? The animals are literally the basis for a movie called Happy Feet.

Go ahead and try to imagine something sadder than stressed out, shivering penguins huddling together for warmth. Or don’t, if you want to enjoy the rest of your day at all.

I hope they at least tried the Dick Van Dyke method first.

At least the penguins aren’t in any actual danger from the weather, according to Lyndsey Crawford, the Centre’s display curator. The prolonged bad weather is confusing them, and it’s causing them to avoid their natural habitat (or as close as they can get to it in Britain) in the water and instead shiver in the cold on land. If the antidepressants can calm them down, the penguins should go back to their normal, happy lives.

The pills are administered covertly in the fish they eat so that they’re not even aware of the treatment, which is probably to limit additional stress from forced medical treatment, but still sounds kind of creepy. Once you’ve got a group of stressed penguins, you probably don’t have a wide range of treatment options, though.

It’s not like you could do penguin psychology on them. Although, the image of adorable penguins lying on miniature therapist couches and talking through their problems is a lot less sad than the reality, so I recommend imagining it that way to avoid needing antidepressants slipped into your fish.

(via Phys.org, image via Nick Farnhill and Mary Poppins)