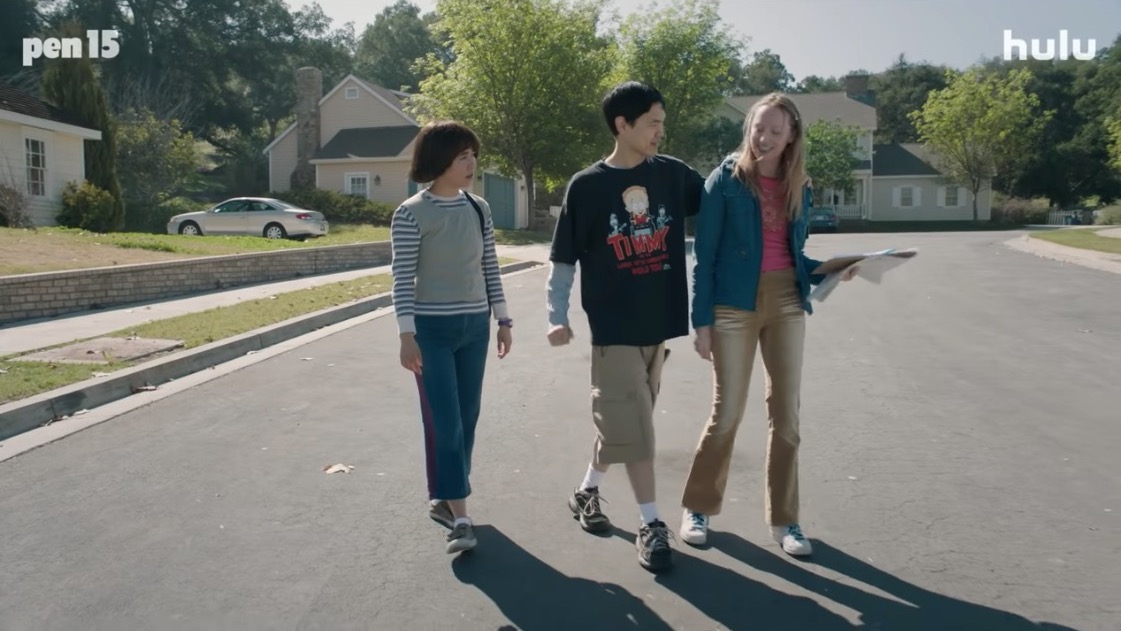 Hulu announced the return of its Emmy-nominated “traumedy” Pen15 today, which will release all seven episodes of season two, part two on December 3.

Pen15 is a legitimately hilarious comedy, but its absurd premise—presenting two women in their 30s as fictionalized versions of their middle school selves, playing opposite a cast of actual tweens—often belies its poignancy.

This show has always balanced out its comedy (and then some) with heartache, and season two (part one) saw the girls getting further into teenagedom and amped up the emotion appropriately. Anna struggled with her parents’ divorce, Maya grappled with getting her period, and both girls had to deal with their developing sexualities, as well as their complex relationships with their mothers. Yes, this is a comedy, but it’s heavy stuff.

Based on the new trailer for season two, part two, things are only getting heavier.

What do you think of the new trailer?