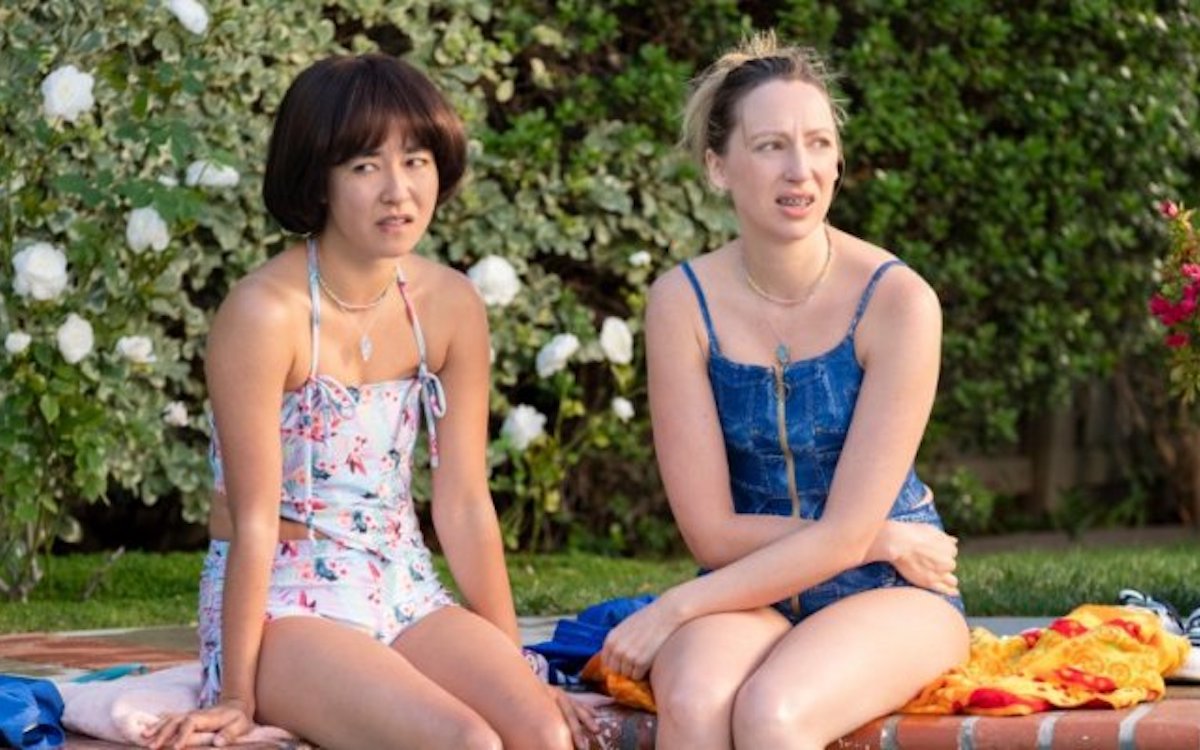 PEN15 is back for a second season and it’s just as funny, weird, and mildly traumatizing as the first.

PEN15 stars co-creators Maya Erskine and Anna Konkle as slightly fictionalized versions of their middle school selves. Season two picks up just days after the school dance that ended the first season and has the girls moving on to eighth grade, where this year, everything’s going to be different and totally great for them! (It is not.)

The show’s first season was an alternately painful and cathartic reminder of the emotional rollercoaster that is middle school and as the girls get closer to teenagedom, those emotions don’t get any less confusing. Anna’s parents’ ongoing divorce is still agonizing for her, while Maya stresses over having gotten her period. The two have to navigate their budding sexuality in the judgmental, cruel, slut-shaming hellscape that is middle school.

Both girls’ deteriorating relationships with their mothers also play a major role this season. Maya can feel ignored by her mother while Anna gets far too much attention, being put in the middle of her parents’ constant fighting. Both use their mothers as a sort of emotional target practice, lashing out because they have no other outlet for their enormous preteen agitation.

While Maya focuses most of her energy on her crush Brandt, Anna’s arc this season is really powerful as she struggles to find that outlet for herself. Her quest to feel in control of her own sense of self will likely bring back a flood of all too familiar middle school memories for most viewers, especially if you happened to be a girl in the 90s/early aughts. She finds inspiration in the sexy, strong world of pro-female wrestling. She dips her toes into witchcraft. She finds a sense of authority in tech theatre. Once again, the show perfectly (and painfully) captures what it was like to be that age, with all those emotions swirling inside you, not having any idea where to put them.

The decision to have Erskine and Konkle play their younger selves, surrounded by a supporting cast of actual preteens, could so easily have been just a quirky gimmick. Instead, it gives their young pain a real weight, as well as driving home the fact that the even relatively small traumas of our youth stay with us long into adulthood. This season, I repeatedly found myself forgetting that I was watching two adults. Erskine and Konkle play their characters so straight, every moment feels genuine. Their young castmate Dylan Gage, who plays Gabe, has an incredible small arc that I really hope gets expanded on when the show returns with the second half of the season. His performance acting opposite Konkle is profoundly moving.

PEN15 is easily one of the funniest comedies on right now, and it’s made so much better by the fact that the conceit of having two adults play middle schoolers surrounded by actual children is never the source of that comedy. Rather, that’s where its heart lies. That’s nothing short of remarkable.

The first seven episodes of PEN15 season two will be available on Hulu Friday, September 18th. The second half of the season will come sometime next year.