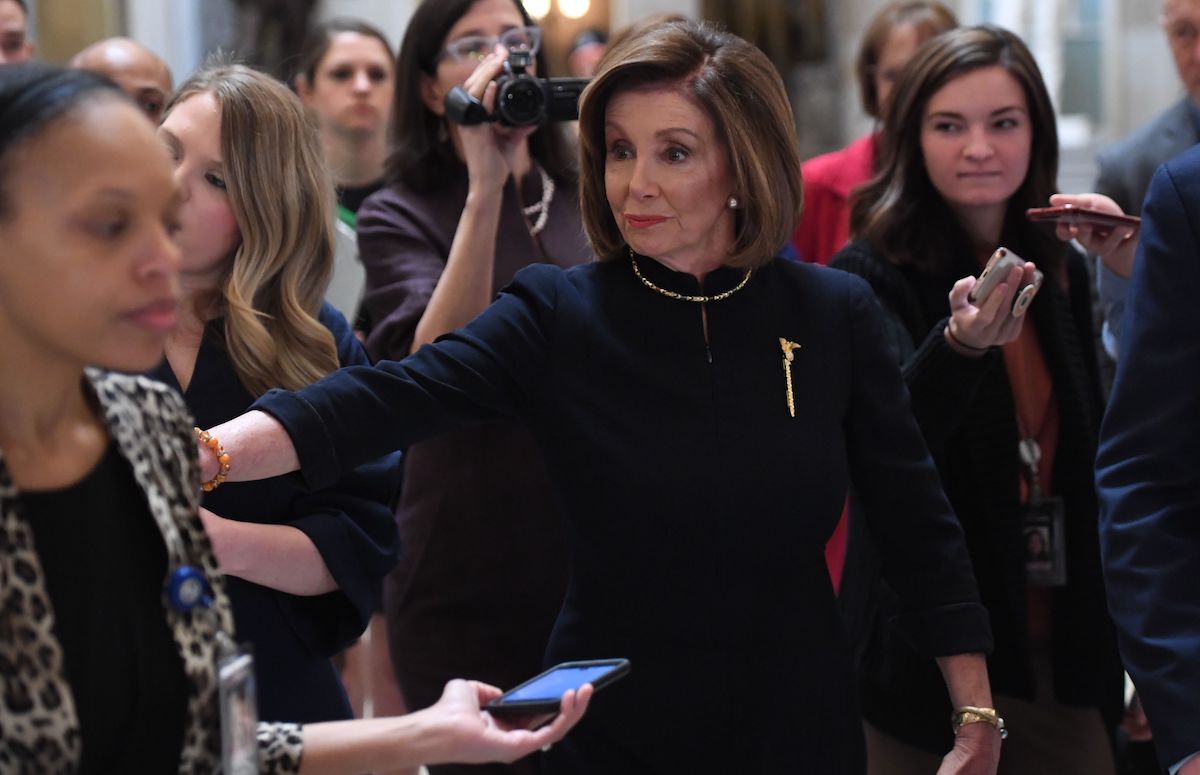 Donald Trump sent House Speaker Nancy Pelosi a letter Tuesday, which basically reads like five and a half pages of angry tweets. On the eve of the House impeachment vote, Trump used the letter (which you can read in full here) to rail against Democrats.

In the letter, Trump accuses Democratic lawmakers of violating the Constitution (they’re not) and their oath of office (still nope) for “turning a policy disagreement between two branches of government into an impeachable offense.” (That’s not at all what this is. Asking a foreign government to investigate your political opponents is not a “policy disagreement,” nor is obstructing a Congressional investigation.)

Here are some other ramblings from Trump’s letter:

–“More due process was afforded to those accused in the Salem Witch Trials.”

–“You have developed a full-fledged case of what many in the media call Trump Derangement Syndrome and sadly, you will never get over it!”

–“It is a terrible thing you are doing, but you will have to live with it, not I!”

–“Even worse than offending the Founding Fathers, you are offending Americans of faith by continually saying you pray for the President when you know this statement is not true, unless it is meant in a negative sense.” (I don’t know how Trump knows for a fact what Pelosi does and doesn’t pray for, but he seems to have some inside information here.)

–“You conducted a fake investigation upon the democratically elected President of the United States, and you are doing it yet again.” (He seems to be referring to the Mueller investigation which wasn’t conducted by the House and also definitely wasn’t fake. It resulted in dozens of indictments and prison sentences for a number of Trump’s former aides.)

Here’s my favorite line, though: “One hundred years from now, when people look back at this affair, I want them to understand it, and learn from it, so that it can never happen to another President again.” Because … same. That’s the point of impeachment–to make sure future leaders don’t think they can get away with these sorts of abuses.

So what does Nancy Pelosi think of the letter? Turns out, she hasn’t even read it. She’s a bit busy after all, what with getting ready to impeach Trump and all.

“It’s ridiculous,” she told CNN’s Manu Raju Tuesday. “I mean, I haven’t really fully read it, we’ve been working. I’ve seen the essence of it though and it’s really sick.”

Pelosi’s first reaction to Trump’s letter. “I don’t have a reaction. It’s ridiculous,” she told me. I asked her why no reaction: “I mean, I haven’t full read it. We’ve been working. I’ve seen the essence of it. It’s really sick.” pic.twitter.com/pPhvsb0axh

Not reading long screeds written by the president is self-care and self-preservation, IMO.

(image: SAUL LOEB/AFP via Getty Images)
Want more stories like this? Become a subscriber and support the site!