Is Peggy Carter Back for Infinity War? | The Mary Sue

Is My Beloved Peggy Carter Coming Back for Avengers: Infinity War? 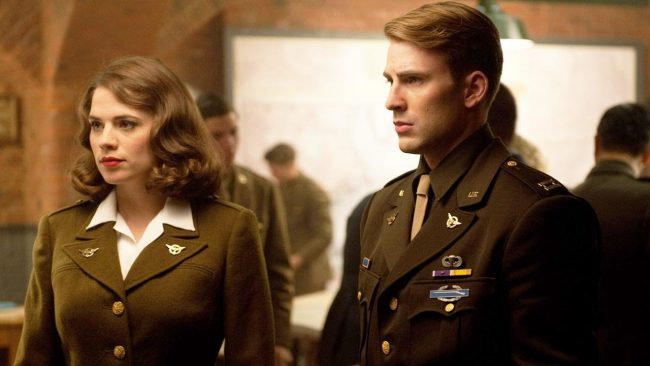 This is the best idea in the history of time.

Over on Moviepilot, Tom Chapman makes a compelling case that the Russo brothers may add Hayley Atwell’s Peggy Carter to the ever-expanding Infinity War lineup. For those of you just joining us, Peggy was the badass, take-no-prisoners, feminist trailblazing WWII agent and one-time sweetheart of Steve Rogers’ Captain America who went on to co-found S.H.I.E.L.D. The elderly Peggy passed away in Captain America: Civil War, with a tearful Steve serving as pallbearer.

Shut up, I’m not still crying about it. 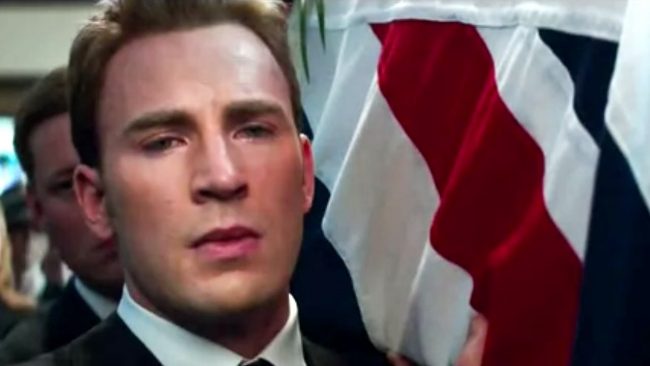 I SAID I WAS FINE. OH MY GOD WHYYYYYYY?

Chapman has several theories on how Peggy’s return could come about, grounded most convincingly in a moment from the Infinity Wars footage shown at Comic Con:

…an interesting detail from the leaked Infinity War footage could point to Peggy’s presence in the third #Avengers movie. The clip goes through the various Infinity Stones that Thanos has been collecting for his golden gauntlet, but it is the Time Stone segment that alludes to Peggy. As the voiceover proclaims, “Time can fix anything,” we then cut to the elderly Atwell lying on her deathbed in The Winter Soldier. It may just be some inconspicuous editing, or it could herald Carter’s return.

I still haven’t seen all of the SDCC footage (DAMN YOU MARVEL), but this seems like a pretty significant moment to include in a limited amount of time if it wasn’t meant to hint at Peggy playing a part in the Avengers‘ two-parter. Why would they?

Over at Uproxx, Donna Dickens has even more info:

During the montage, the voiceover says “Time can fix anything,” while the camera lingers on the Time Stone. The scene then cuts to Captain America taking to old Peggy on her deathbed before she morphs back into young Peggy Carter from the first Captain America movie. None of it is new footage, but the implications are pretty clear. Someone is going to phutz with time to bring Peggy Carter back. Or at least attempt to.

OK, PEGGY MORPHS BACK INTO YOUNG PEGGY. YOU GUYS. C’MON, YOU GUYS. THIS IS NOT SUBTLE AND I LOVE IT.

I freaking adore Atwell’s Peggy Carter and her vivacious presence is much missed in the MCU. The short-lived Agent Carter TV show was excellent and was never given enough space to grow or the promotion it deserved, but it cemented Peggy as a fan favorite and vastly expanded awareness of her character.

So it’s easy to believe that there may be a role for her in Infinity War, considering that Thanos’ gauntlet (with all six Infinity gems in place) gives him control over Time, Space, Mind, Soul, Reality, and Power. Even if a de-aged Peggy isn’t brought to the modern day, it’s a snap of the fingers for Thanos to make Steve—or anyone—think that he’s seeing and interacting with her.

Even just the Time Gem alone would provide endless opportunities for Peggy’s return. Per the Marvel wikia:

The time gem allows the user total control over the past, present and future. Its most basic ability grants its user visions of possible futures. It allows time travel, control over the age of beings and also be used as a weapon by trapping enemies or entire worlds in unending loops of time. At its peak, when used with the other gems, it allows its user to exist at all points in time simultaneously.

We last saw the Time Gem (held inside the Eye of Agamotto) in the possession of Dr. Stephen Strange. Who knows what events could unfurl that might necessitate Peggy’s appearance even prior to Thanos assembling the gauntlet? Not to mention, it seems as though the lines between life and death are going to be thin indeed in Infinity War, and that might mean any (or all) characters who have passed in the Marvel universe may be fair game for a resurrection or reappearance.

Of course, a truly tragic part of any Peggy come-back is that we’re likely going to witness Chris Evans’ last bow as Steve Rogers. He was already tortured with unattainable visions of Peggy in Age of Ultron, and we could see something similar play out here—Peggy-as-hurtful-hallucination. Or she could be brought into the present day somehow, only to be once again separated from Steve.

Or maybe they get to fly off into the sunset together and finally get that dance. Yeah, I’m really expecting Infinity War to end on a cheery happy note. I’m not going to be curled up in a fetal position in the theater at all!

In all seriousness, it would make a lot of sense for Atwell’s popular Peggy to join the modern-day MCU restored to youth. She’d fare better in the present without the pernicious ’40s-era sexism she faced on Agent Carter, and with Hydra running amock throughout S.H.I.E.L.D., who better than S.H.I.E.L.D.’s co-founder to help set things straight? My fingers are crossed.

There’s a potential complication in the form of Emily VanCamp’s Sharon Carter, who is Peggy’s niece and was last seen smooching Steve in Civil War. The Captain America movies have been trying to position Sharon as a potential love interest since Winter Soldier (in the comics, she and Steve are together), and it seems unfair—not to mention awkward—to abandon the Sharon-as-romantic-interest ploy in favor of Sharon’s aunt. (Leave Steve alone, he just really loves women called Agent Carter. And men named James Buchanan Barnes.)

So if Peggy really does make a return, it’s likely it will be in a transitory or temporary form, to hurt Steve—or help him. Of course, Peggy went on to have a long and eventful life and other relationships after Steve’s disappearance—but a Peggy brought from the past or as manifested in his mind would still have feelings for Steve. Maybe she’ll be there for him, at the end of everything.

While I know this would destroy my capacity to handle emotions, I am really hoping we’ll have Atwell and Peggy back. One of the best things about comic book movies is their ability to bend reality, and considering we’re getting two whole movies starring a supervillain whose entire deal is messing with reality, anything seems possible. I think Infinity War is going to be such a relentlessly trippy experience that it’s impossible to predict what direction it’s going to go, but please, dear Russo brothers, please let us cross paths with Peggy Carter once more.