Review: Delightful The Peanuts Movie Is as Edgy as Our Protagonist’s Head 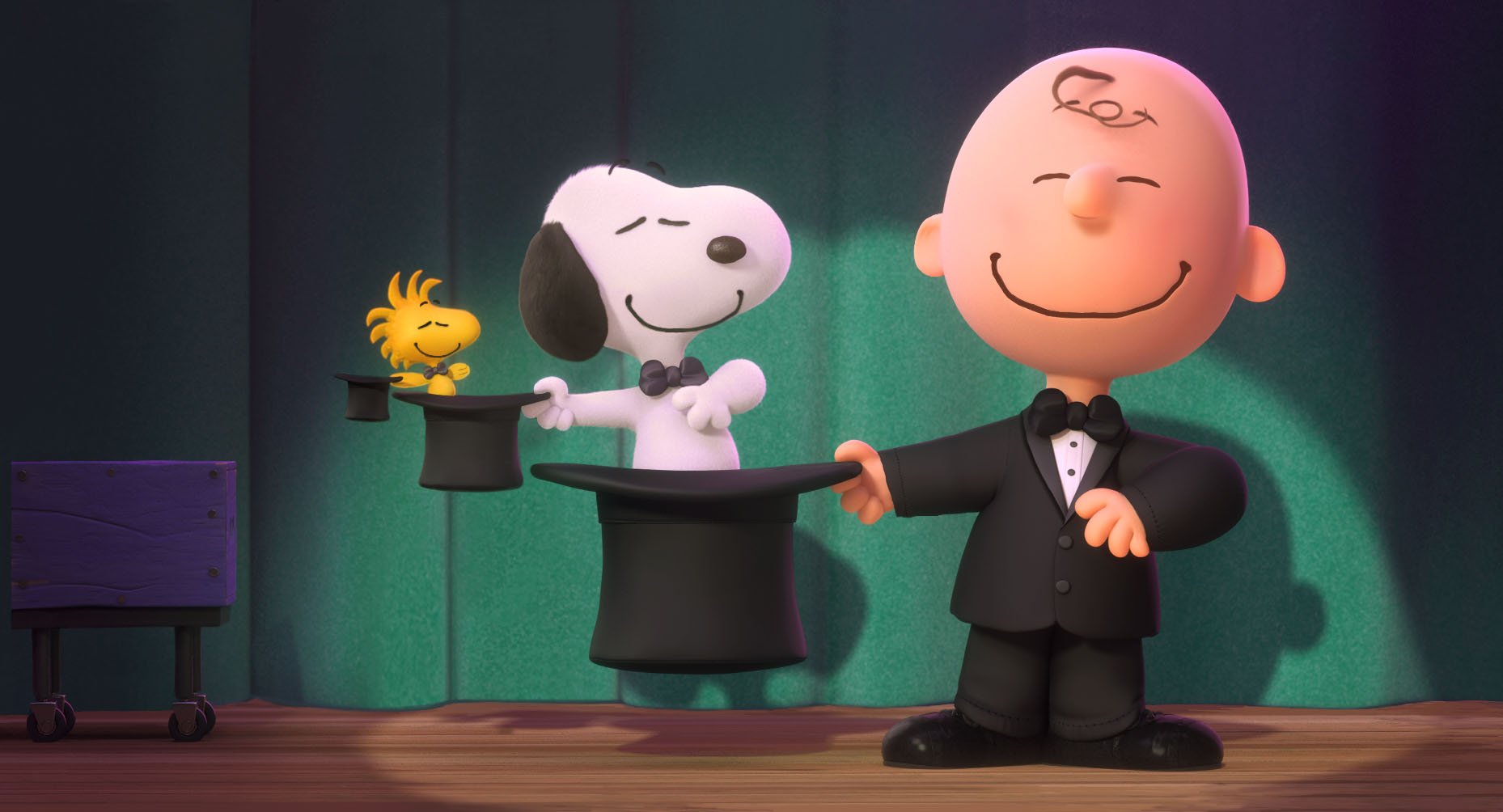 The Peanuts will always feel to me like they come from another era. If I were placing The Peanuts in any time period, I would say they were closer to something from the 50s, which might have aired before Leave it to Beaver; a show which, despite being dated, is still often sweet and funny. Not laugh out loud funny, but definitely capable of earning a smile. And that is the way I felt during The Peanuts movie.

The Peanuts is a sweet little movie; not make-you-sick-from-eating-candy sweet, but sweet like the Multigrain Cheerios I keep for snacking. Just sweet enough to be satisfying, but still with the crunchy assurance that this “hey, this is a good-for-you option.” The Peanuts movie is that kind of sweet…just enough to make it go down easy, not so sweet you’ll get a headache.

The Peanuts should be praised for truly feeling like a KIDS movies. If you don’t have one to take, this might be a movie to skip this week. The humor is dry enough for adults, but considering the complete adherence to being just sweet and harmless, it’s still manages to drag, even with a pretty short run time. Movies made purely for kids aren’t a problem, and I’d rather have a kid or family movie focus on appealing to kids, rather than throw in so many pop culture references and mature jokes that they are essentially excluded. Very few kids movies manage to be simultaneously inclusive of both adults and kids (yes, Pixar does it well). But good for the Schultz family for wanting to make this movie in the tradition of the cartoons and comics; the movie is for kids, but never talks down to the kids or underestimating them.

The Peanuts Movie is focused on our little round headed hero, Charlie Brown, and his crush on the elusive little red headed girl. I have to say, Charlie Brown seems a lot peppier in this movie than I remember. The gloom is gone for the most part and replaced with a Charlie Brown who is just awkward. And while this version of Charlie Brown is a nice, likable kid…so was our other version. Considering the power of a film like Inside Out, which embraced exploring the experiences of sadness and depression during childhood, it feels like a missed opportunity. Now we just have a nice kid who tends not to succeed, but tries no matter what–a good lesson, but nothing really new.

Besides that iconic red head without a name (but a little more of a person than a goal in this movie), the Peanuts gang’s all here. Linus, Schroeder, Sally, Lucy, Peppermint Patty, Marcie, Pig Pen, and all the others we remember. Most of the movie takes place in school, where all the kids are in the same class (including younger Sally and Linus) but is big enough to have an end of the year carnival the set designer of Grease would be impressed by. As for plot, it’s pretty basic. One snowy day (clearly referencing A Charlie Brown Christmas) Charlie Brown sees a pretty girl move in next door, wants to say hello, and tries make himself worthy of her.

To be honest, it is a little frustrating that they are going with such an old and outdated concept, but the idea of Charlie Brown wanting and trying to be a good person leads to some sweet moments; learning to dance, helping his sister, trying to do a perfect job on a school assignment…all good stuff. The problem I have is the absence of any other stories with the other Peanuts characters. Most of the kids are just there to talk to Charlie Brown or be a Greek chorus. This isn’t The Charlie Brown Movie, its The Peanuts Movie…why ignore them?

The only other characters with as much screen time as “old Chuck,” is of course, Snoopy and Woodstock, aka the Fonze and Spike of The Peanuts. I love those two characters, but I prefer small doses to extended sequences. That said, they did create some impressive flying sequences I’m pretty sure incorporate real backgrounds with the character animation. But the sequences of “The Red Baron” are just too long to hold a kid’s interest. Quicker cuts in and out of the Peanuts; world and Snoopy’s fantasies would have work best, as happens in one section when we see what Snoopy looks like when in these fantasies. That part probably got the biggest laugh in the theater.

I was anxious about The Peanuts being made as a 3D, computer animated movie. There is something so rooted in nostalgia about these characters, that updating their look seems wrong. But, I’m glad to say that while I think there is no reason to see this in 3D, the animation has maintained a certain simple look from the cartoons and comics. It doesn’t look hand drawn, but it also doesn’t have computer animated perfect sharpness.

However, just as I wouldn’t recommend seeing this in 3D, I don’t even know if I can recommend paying for a theatrical ticket. This just doesn’t feel like a movie, as much as it still is a TV special or extended pilot for a new series (which I would TOTALLY support).  But if you are looking for something to bring the kids too, this also isn’t a waste of money, as it certainly is a crowd-pleaser, much the way Paddington filled that family-friendly gap in the earlier part of this year (Paddington is probably a step above Peanuts).

Peanuts have always reminded me of Winnie the Pooh cartoons…things which exist to be that gentle alternative. And just the way I don’t want a cooler, edgier Winnie the Pooh in my lifetime, I’m glad The Peanuts Movie has maintained that gentle touch.