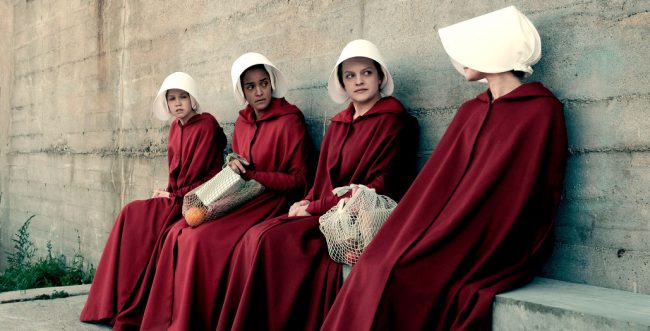 Despite the notoriously brutally hot summers of Washington D.C., and also despite there being nothing about women’s shoulders that is inherently inappropriate, women are being barred from entering the Speaker’s lobby (a hallway outside the house where reporters ask questions of the representatives) for showing up in sleeveless outfits.

Apparently, the House dress code is super vague, only saying women should wear “appropriate attire.” Beyond that, details seem to be at the discretion of Paul Ryan, who’s repeatedly proven he shouldn’t have a say in anything pertaining to the rights of women. This is real. Fellow female reporters barred from Speaker’s lobby for wearing sleeveless dresses while doing their jobs.

Can confirm I was warned the next time I would be removed https://t.co/M0BTcFYchO

One reporter even went so far as to try to fashion what I will forever refer to as “journalism sleeves,” made out of pages of her notebook. She was still turned away.

These antiquated, sexist dress codes are nothing we wouldn’t expect from a Republican party who works tirelessly to undermine the accomplishments of women, to strip them of their right to reproductive health care, and who, under this current administration has tripled the gender pay gap among White House employees. It’s also worth noting that while these rules do extend to female staff and lawmakers as well, they seem to have only been enforced so far with reporters, with whom many Republicans have a contentious relationship.

But that’s just a coincidence, right? Surely, this Republican war on bare-armed temptresses extends to all women?

Ivanka, please. There are children present.

If you’re looking to fight a pointless battle armed with nothing but outdated ideas of what women should be doing with their bodies, Paul Ryan is, as always, your man.