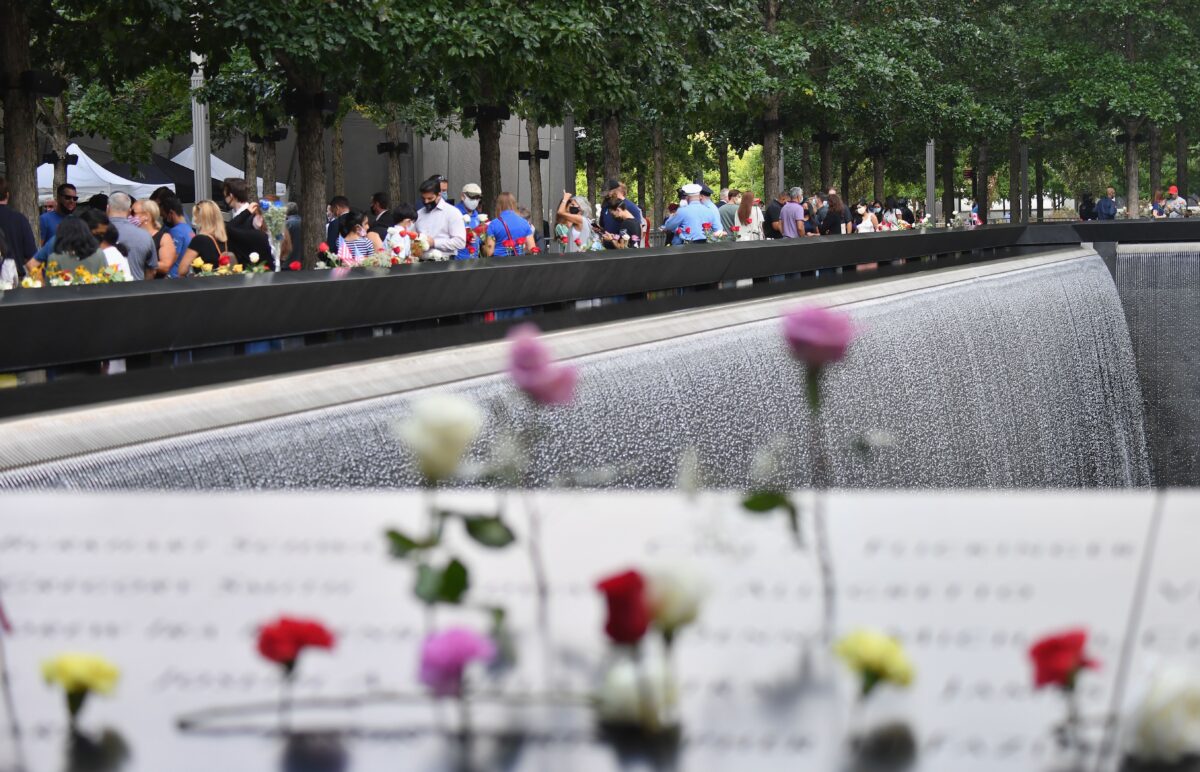 Today is a solemn anniversary, as we remember those who were lost in the terrorist attacks on September 11th, 2001. Those of us who are old enough to remember that day and the fear and uncertainty will never forget it. The events of September 11th still reverberate in the terrible power those events gave to fear and hate. The invasions and wars in Iraq and Afghanistan, and the massive loss of lives and atrocities committed there. The expansion of government power, surveillance, and militarization in the name of “homeland security.” We can’t understate how 9/11 changed the world … but the New York Times’ Paul Krugman certainly tried.

When the history books write about the worst tweets, this tweet thread will get a special place of honor for its utter ignorance, snobbery, and attempts to rewrite history.

Overall, Americans took 9/11 pretty calmly. Notably, there wasn’t a mass outbreak of anti-Muslim sentiment and violence, which could all too easily have happened. And while GW Bush was a terrible president, to his credit he tried to calm prejudice, not feed it 2/

On the other hand, I groan whenever I see some pundit describing the aftermath as a time of national unity. On the contrary, Republicans began exploiting the atrocity almost immediately — trying to use it to cut capital gains taxes within 48 hours 4/

Almost two decades on, it’s now clear that the real threat to America comes not from foreign terrorists but from home-grown white supremacists. But you know what? That was true even in 2001. 6/

While Krugman’s later point, that the real monsters are the ones right here in America, is not wrong, he’s incredibly off-base in other ways. For one, the white supremacists who continue to threaten the very fabric of our democracy were emboldened by 9/11 and the virulent, horrible Islamaphobia that gripped the country it the wake of that event.

Luckily, Krugman didn’t waste a Times column on this revisionist history, he said it on Twitter. And so the entire nation united to tell Krugman off.

Today is the 19th anniversary of 9/11 and once more we get to watch liberals and conservatives come together and praise George W Bush as if he did not lay down the very structures and institutions Trump has unleashed on immigrant, Muslim, and minority communities https://t.co/QiQkvDSuaP

Hate crimes against Muslims and anyone perceived to be Muslim, such as Sikhs, were quite literally astronomical post-9/11. (Data illustration courtesy of PRI.) https://t.co/ZcEUCxz1Od pic.twitter.com/g2ZPUsqBbG

This revisionist history is so dangerous that it’s not even funny to mock.

We were horrific to Muslims in this country after 9/11. Anti-Islamic hate crimes surged. Police targeted mosques and Muslim student groups. Oh, and we invaded two nations, killing and displacing millions. https://t.co/mrWKtj52LT

a ventriloquist made millions of dollars off his most popular character, a dead Muslim terrorist https://t.co/qMv6uHTyzY

I couldn’t go by my full name, Mohammed, for like three years afterwards. And I was 6 years old when it happened. But sure man, there wasn’t any of that https://t.co/wgjM7FMTbC

there is CURRENTLY a muslim ban https://t.co/XD3G5DqAjH

I remember the violence. The prejudice. The years and years of white demands for apologies from every Muslim.

I remember a Greek friend of mine harassed for “looking” middle eastern.

I see that racism pervade every tweet that says “why do they hate our freedom?”

On 9/11, my mother, who observes hijab, picked me up from school. A driver cut us off and yelled “f**k you Muslims.”

Next day, walking home from school, a man pointed his gun out the window of his house and yelled “keep walking before I shoot you Muslim kids.”

never forget that even I, a Filipino-, Ecuadorian-American atheist with a short beard, was jokingly called “a terrorist” by white people many, many times well beyond a decade after 9/11. https://t.co/jXjFcXGFzy

It must be nice for Paul Krugman to reminisce about a 9/11 where everyone took things calmly. Where we weren’t gripped by fear and hate for decades after. It must be nice that he remembers a trip to the Virgin Islands in the aftermath, because apparently the thing to erase the memory of years of racist, biased violence and hate is just a vacation made less expensive because of tragedy?

Paul Krugman here is the epitome of white, rich privilege. He can literally afford to rewrite history because it didn’t happen to him. He felt the fear for a little while, felt the grief, but he was able to walk away from it, take a little trip to the Virgin Islands and pretend it was all okay. It wasn’t. Nothing was okay then and nothing is okay now.

We can’t fix the present if we refuse to look to the sins of our past, and Paul Krugman should know better.