What Paul Feig Learned About Women Through Ghostbusters | The Mary Sue

Paul Feig Shares What He’s Learned About Women Through Ghostbusters Experience, Which Includes Nothing About Race

But Harambe photos, tho! 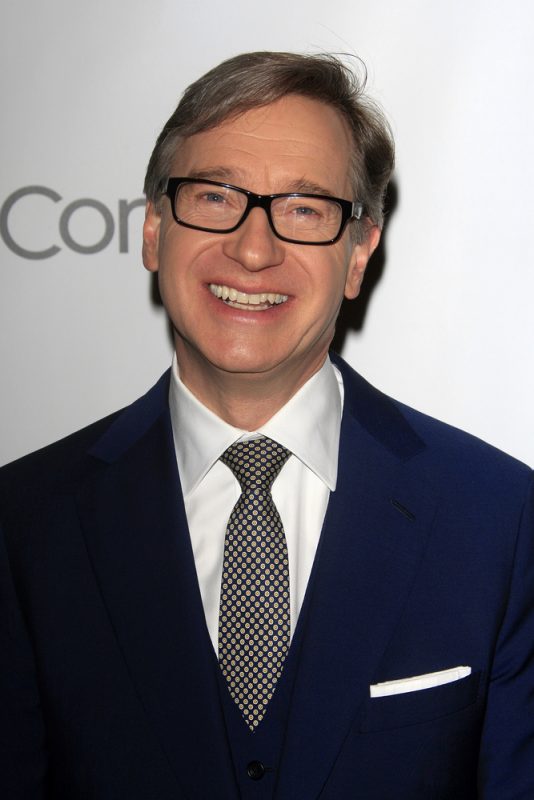 As director of the “controversial” (controversial if you have trouble believing women can do things) Ghostbusters reboot, Paul Feig has had a very interesting and not entirely pleasant 2016. In a recent short essay, Feig shares what he’s learned about “being a woman.” Notably missing are any insights he may have gained about the specific challenges of being a black woman, a la Leslie Jones.

Feig contributed a guest column to The Hollywood Reporter for their Women in Hollywood 2016 issue titled “What I Learned About Being a Woman This Year.” In it, he recounts his experience with Ghostbusters: Answer the Call, which we’ve talked about at length here at TMS.

The main lesson Feig says he learned is, “Wow, the will of women is much stronger than even I thought.” Damn straight.

He also talked about the fact that media coverage focused on the negative response to an “all-female Ghostbusters,” which also had an effect on how the film was received by audiences, both positively and negatively. He says:

“Sadly, the media kept reporting only on the negativity and insisted on referring to us solely as the ‘all-female Ghostbusters.’ I mean, it’s 2016. Are we really that shocked that four women can star in a movie? Did it have to drive all our coverage? It points out that gender can still divide folks not just in politics but in entertainment — and boy, do we need to fix that. This film never was meant to be political. But, ridiculously, it became just that.”

Admittedly, we here at TMS talked a lot about it being an “all-female Ghostbusters.” To be fair, we’re a feminist pop culture site, so we get really excited about things like that. And what I would tell Feig is that I believe that, on some level, all art is political. The second you have a vision, a story, or an idea that you want to share, and you create it and share it with the world, you’re making a statement. The personal is political, after all.

It’s a bit naive to think that the decision to do an all-female version of what was previously an all-male something could ever not be political, and that seems to be something Feig has learned as well. I understand that when he says “ridiculously, it became just that” that he’s emphasizing the fact that he doesn’t believe an all-female main cast should be a thing. We get it, Paul! You respect women and take their equality for granted. The thing is, being political is nothing to be ashamed of. You consciously made the decision to cast all women for a reason. Own that!

Something that he hasn’t demonstrated he’s learned? The intersection between gender and race when it comes to this experience. Throughout all the Ghostbusters hoopla, Leslie Jones (who just so happened to be the only black woman, or woman of any color, in the main cast) was repeatedly singled out for harassment, culminating in a racist barrage of harassment (complete with images comparing her to Harambe the gorilla) that caused her to temporarily leave Twitter.

While Feig repeatedly came to her defense on Twitter, her co-stars were conspicuously absent from the public conversation. While I understand that, as women, it would be difficult for them to get online and risk becoming targets themselves, as three white women, they could have come out in support of their costar and friend more publicly.

I hope Feig noticed this. I hope that this taught him the importance of intersectional feminism, or as I know it…feminism. I hope that he understands that supporting funny women means supporting all funny women. I hope he recognizes that there are hilarious women of color other than Leslie Jones and Maya Rudolph. I hope that he’s taken note of talents who are members of other marginalized communities, like Shakina Nayfack and Shannon DeVido from Difficult People.

And much though I love Kristen Wiig, Melissa McCarthy, and Kate McKinnon, I hope that Feig starts branching out and diversifying his talent pool. If he really wants to be a champion for gender equality, he should start making it a point to pull from a broader swath of female talent.