Patton Oswalt Joins the MST3K Reboot as the Son of TV’s Frank; Time For Some Mixed Feelings 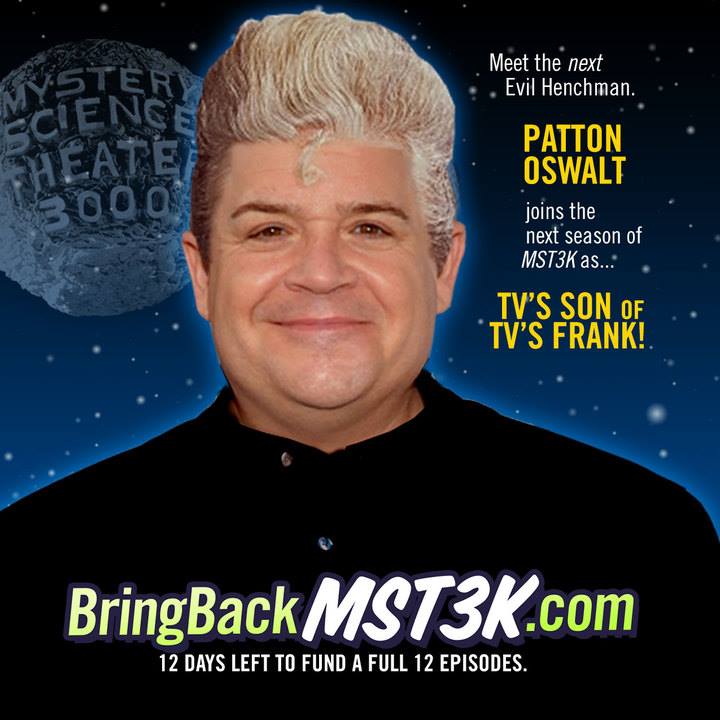 Following close on the heels of the announcement that Felicia Day will play a mad scientist character, the MSt3K reboot has announced another big casting decision: Patton Oswalt will play the son of TV’s Frank.

Remember TV’s Frank? That’s who Frank Conniff played during the second season of MST3K. If the photo above is any indication, Oswalt will style his hair in much the same way that his fictional dad did.

The weirdest thing about this reboot so far has to be the decision to tap notable nerdy icons to portray roles that were once played by relative unknowns. I gotta admit, I’m not a huge fan of Oswalt’s work, so this announcement rang a bit hollow for me. I think Felicia Day and Jonah Ray have done interesting projects in the past, so I initially felt good about the new cast. Now, I feel a little weird about it.

Those three names paint a pretty specific picture of what sorts of actors might appear in the final line-up. I’ve already seen more than a few people “jokingly” suggesting that Wil Wheaton might join the cast. As for me, I think it would be cool to see some more unknown actors appear. You know, shake things up a little?

I don’t want to go so far as to say that Oswalt’s casting feels like pandering, because I’m not sure which audience is being pandered to … but it’s definitely not me. What do you all think? Am I just being cranky? Or is this a weird casting choice?