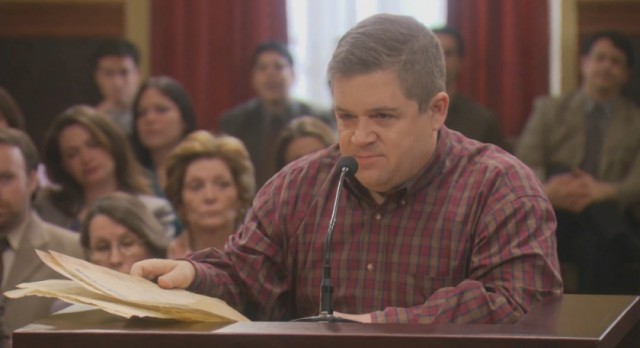 If you weren’t already a fan of Patton Oswalt, this should likely bring you into the fold: Oswalt performed an improvised eight-minute rant/filibuster for an episode of Parks and Recreation. What was said rant/filibuster about? His idea for Star Wars Episode VII, with a few surprising twists mixed in.

I won’t spoil the amusing little turns and twists Oswalt introduces, but let’s just say I would pay to see his version of Episode VII.

Oswalt apparently delivered this continuous take after being told to rant and rave about whatever he wanted, because they’d just shave down to whatever they found particularly interesting. The episode is supposed to air tonight — April 17th, 2013 — so I guess we’ll all have to wait and see what actually made the cut.