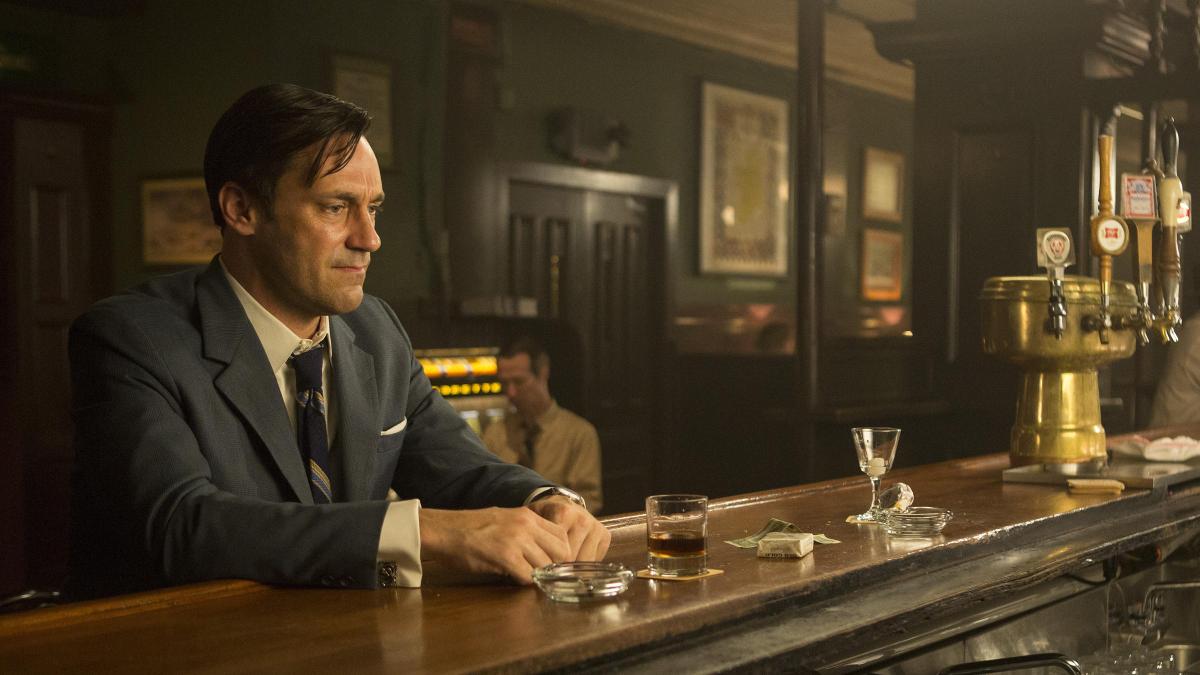 A great essay was published today in The Atlantic that I highly recommend checking out, because even the title hit home: “‘Success Addicts’ Choose Being Special Over Being Happy.”

The thesis is that success, like social media or alcohol, can become a dangerous addiction because, like those and so many other addictive things, it gives us temporary jolts of joy and dopamine that give the illusion of happiness—as the things that truly make us happy are pushed aside. Those things include family, faith, home life, and other simple pleasures. I think we need to examine how the devaluation of these things and the veneration of “success” as the only metric by which we measure our life has a lot to do with patriarchy.

The central point of the Atlantic piece is that we live in a culture that venerates “success” as the sole measure of a life’s worth and also the only thing that’s worth working for. Being “successful” is the reason people give up their time, their health, and their personal relationships. Success in a chosen career is why people are willing to work eighty-hour weeks for abusive bosses, spend time in the trenches paying their dues … all so at some point they can become the abusive boss? We should, as RENT tells us, measure our lives in love, but we don’t.

What the author of the article, Arthur Brooks, doesn’t touch on, however, is that the idea of success as something that’s only achieved in business and in a legacy of being special is an idea deeply entrenched in patriarchy. The devaluation of family, of home life, and simple, inglorious pleasure is a dismissal of things that have been historically seen as “feminine.” (I am not making a declaration on if these things are feminine, just how they are seen.) And one need only further note how often ambitious, driven, “successful” women who ascend in patriarchal terms—through finances, political power, leadership positions—are insulted and lambasted to have it driven home that this is thought to be the male sphere.

Despite several waves of feminism, success is defined in typically masculine terms: winning, being powerful and unique, rising to the top of an industry, and finding acclaim that will live beyond a lifetime. This toxic-masculinity disguised as glory goes back millennia. Brooks uses Achilles as his example, in the ancient Greek warrior’s famous choice of death in battle and eternal glory over a simple, happy life.

We can go back even further to the first written story, the epic of Gilgamesh, which is all about a dude seeking glory but not joy. But glory and success are fleeting, just like every other addictive high. To quote Brooks: “Psychologists call this the hedonic treadmill, in which satisfaction wears off almost immediately and we must run on to the next reward to avoid the feeling of falling behind.”

Patriarchy reinforces this; it supports the false idea that all happiness comes from external validation, often only from men and the power structures they create. It rejects “feminine” introspection, emotion, and quieter modes of finding joy that don’t rely on other men to provide it. It’s about power and dependence. And aggression.

In patriarchy, that’s what it means to be a man: to go off to battle and suffer for … what? To consume and fight and control and run to hit that next milepost on a race that never ends. Study after study has shown that happiness doesn’t come from success if we define it that way. Mad Men’s Don Draper is the perfect pop-culture example of this. He’s successful and powerful and handsome and a winner, but he got there through lies and he’s completely empty inside.

The temporary high from a promotion or great sale isn’t going to make you as happy as spending a night in with your friends or family. A quiet daily walk is probably more important to happiness than getting a single award. But because homelife, the low-key, often “boring” aspects of the day-to-day that bring real satisfaction are seen as the realm of women, they don’t have the same cultural value.

Simply look at the way we still divide parental and emotional labor to disproportionately fall on women. Parenting is seen as inherently feminine and so it’s undervalued at every level of our society, from making maternal health and child care a public policy priority to underpaying teachers, to the way that the work of fatherhood is seen as an elective, but the work of motherhood is seen as mandatory. We don’t pay teachers or nurses well because their work is too feminine.

And devaluing what are seen as feminine pursuits and attributes is incredibly bad for overall happiness because those are the things that actually make people happier. You may have heard about Yale’s famous “happiness course” that guides participants through the science of well-being to lead happier lives. The big takeaways from that course are that money, after a certain level, does not really make you measurably happier. But also that mindfulness, gratitude, experiences and awareness of what brings you joy are keys to happiness.

Notice that success wasn’t on that list. But also consider what comes to mind when you consider “mindfulness.” Was it Gwyneth Paltrow selling you some goop? Did you scoff at the image in your mind of an Instagram influencer in yoga pants setting her intentions for the day? Was it a woman using astrology to be more self-aware? If those ideas inspired a reflexive negative association, consider why and unpack the misogyny that might be playing a part. Because mindfulness, just like other things that increase happiness, is also seen as feminine and easily dismissed.

The things that we think will make us happy usually don’t, and yet a culture built on the ambitions and immediate gratification of men tells us that they do, and that they are worth giving up everything for. It also tells us that we have to rely on others (usually men, ugh) and their estimation and approval of us to be happy, which never works. The things that do contribute to longterm happiness aren’t out there. They’re not the next gold medal or viral tweet or whatever thing it is that you’re chasing for that next hit of hedonic pleasure. They’re not in a bottle or corner office: they’re inside us.

To turn to another pop culture figure to drive this home, we need a woman. A woman who went looking for something to make her happy over the rainbow, but found that what really brought her joy was being with the people she loved. Dorothy Gale said: “I ever go looking for my heart’s desire again, I won’t look any further than my own backyard. Because if it isn’t there, I never really lost it to begin with.”