So ... where are some key players? 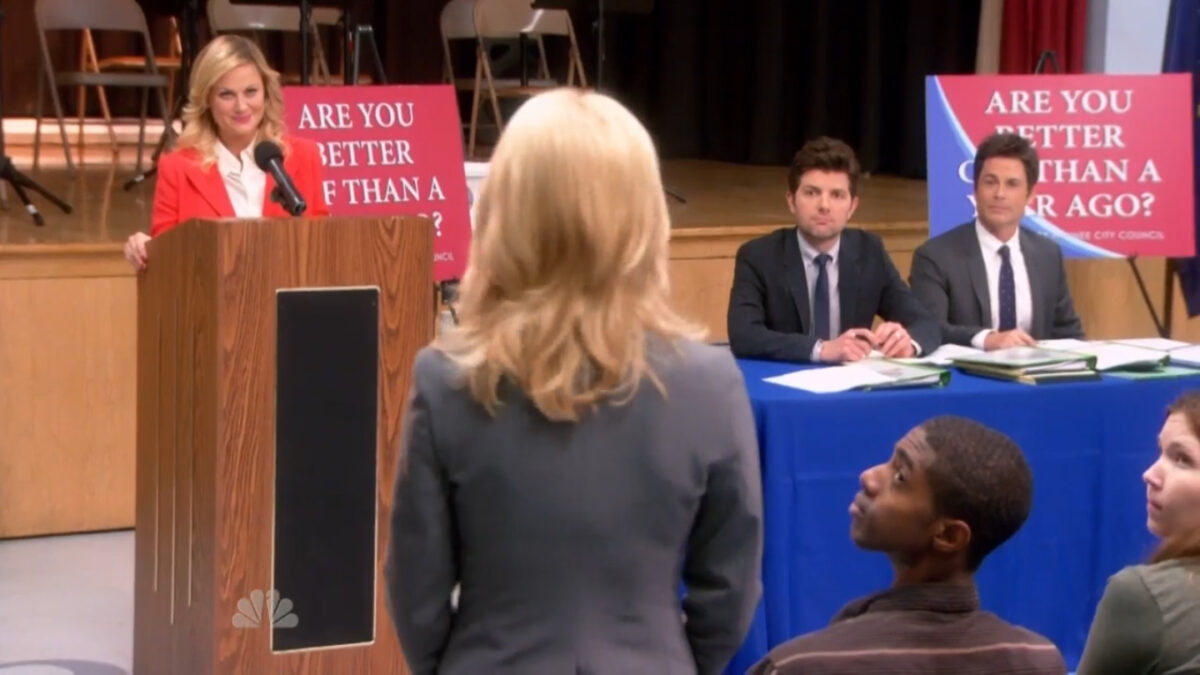 Leslie Knope is back to help us fix the government! In a truly wonderful move from the cast of Parks and Recreation, they’re reuniting to benefit the Democratic Party of Wisconsin. Helping the swing state go blue this year, the cast of Parks coming together is the second big reunion event to help the Dems of Wisconsin! (The reunion of the cast of The Princess Bride brought in 110,000 donors!)

What’s interesting to me about this upcoming event is … the cast members not present. Sure, it says “+ special guests” on the bottom of the event, but there are quite a few cast members not present at this event that do have political views that don’t necessarily line up with Leslie Knope’s—I’m talking, in particular, about Chris Pratt.

Pratt is filming a movie right now, so that could be why he’s not part of this event, but then again, it seems like Pratt’s conservative tendencies may also be a factor, despite his “both sides”-y comments about bridging the gap between the political left and right.

(This tweet was liked by Craig Middlebrooks star Billy Eichner, and honestly, that’s making me feel better about 2020.)

Rob Lowe is also suspiciously absent. But then, much like Pratt, he also teeters this line of “I just want everyone to get along,” but that almost feels like they’re both not willing to admit what the right wing has become and that Donald Trump is a danger to our democracy, and would rather people just … “both sides” everything as though that’s inherently better.

Sorry, but we’re way past that point. There’s a literal fascist loose in the White House.

Anyway, I don’t want to focus too much on those who are not partaking in it because luckily, all my favorite characters are there! Amy Poehler, Adam Scott, Nick Offerman, Retta, Aubrey Plaza, Jim O’Heir, and Mike Schur are all taking to the event to raise money for the Dems of Wisconsin, and it honestly just makes me extremely proud to call Parks and Recreation my favorite show.

What I loved about it was that Leslie Knope never gave up. Whenever the citizens of Pawnee tried to take her down, she still stood up for what was right and wanted to make sure that the America she knew and loved was protected. So … having Leslie Knope taking on Donald Trump? It’s honestly what I’ve been missing these last 4 years.

I can’t wait to see the cast reunited again! And who knows, maybe Chris Pratt and Rob Lowe will surprise us. I’d be happy if the entire cast of Parks and Recreation showed up to support the Democratic party. Leslie Knope would love it, too.