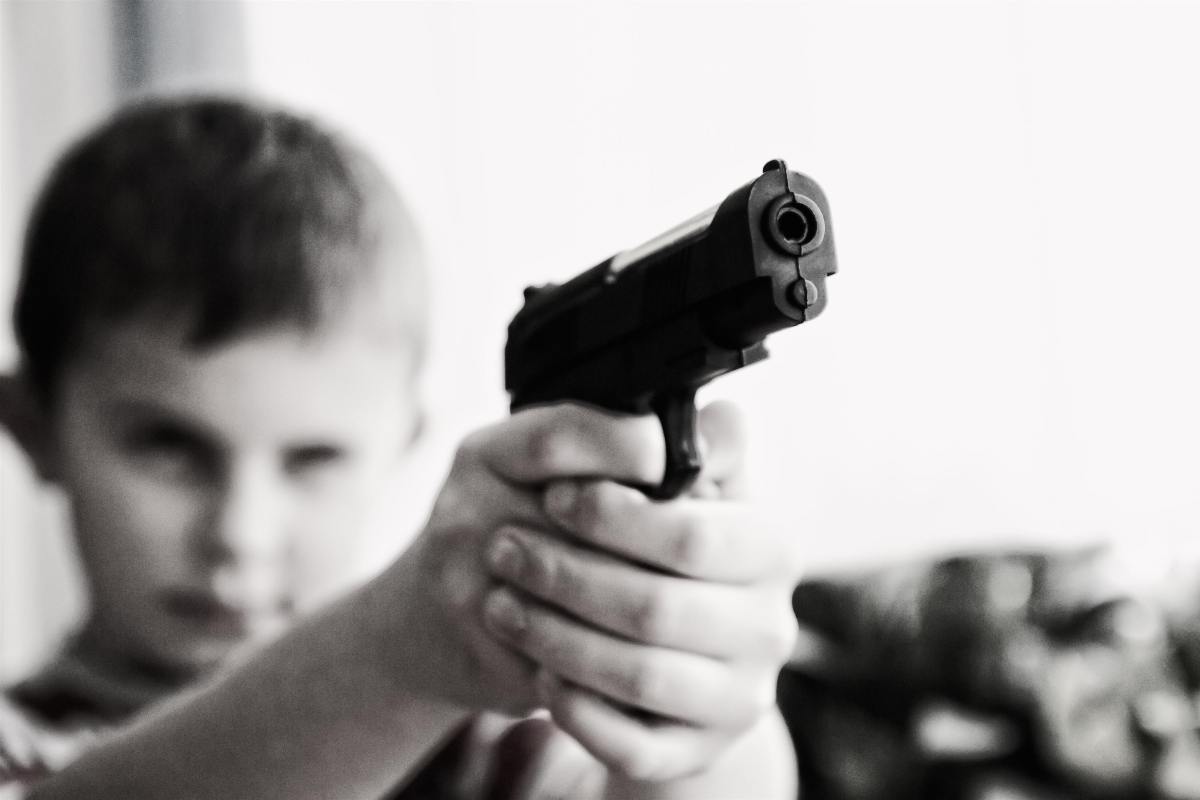 We talk a lot about “school shootings,” but the fact is, America’s gun problem extends far beyond schools. It’s at churches, and movie theaters, and now, at a Waffle House. The students of Marjory Stoneman Douglas High School in Parkland, FL are not at all happy that supposed-President of the United States Donald Trump has remained silent in the face of this latest shooting.

Yesterday, a white man with an AR-15 rifle (the same type of rifle used in the Parkland shooting) opened fire in a Waffle House in Antioch, Tennessee, killing four people and injuring at least two more. He may have hurt more people if, when he stopped to reload, straight-up hero James Shaw Jr. hadn’t wrestled the gun away from him. The suspect’s name is Travis Reinking, and he was just taken into custody today.

One would think that a sitting president would, in the face of a tragedy like this, make some kind of comment about it, even if it’s only of the “thoughts and prayers” variety. Instead, he’s tweeted about Mexico (he apparently still thinks “the Wall” is a thing), North Korea, the James Comey memos, Mike Pompeo, and “sanctuary cities.” No mention of the loss of life of four people in Tennessee at the hands of a gunman.

Whatever his reasons, the survivors of the Parkland shooting will not accept his silence on the subject, some reaching out to him directly while pointing out very important, if obvious information:

Sir, four people were shot and killed in a Waffle House.

“Nevertheless, Duwe said his own research dating back to 1900 corroborates that white men have committed more mass shootings than any other group, though he believes white men make up an even larger share than the Mother Jones data show.” https://t.co/nJlO01tTSd

This is why this conversation isn’t just about school safety. This is why adding security measures to our schools is only a baby step in curing the epidemic of gun violence in our country. https://t.co/stLD2SLGFh

Others, like one of our faves, Emma González, didn’t direct their comments at Trump, but said things that need to get back to him:

(1/4) He was white and he used an AR-15. The @NRA is about to say this man had mental health issues, so that the rest of us will get scared of anyone with poor mental health and buy a gun in preemptive defense so that gun sales increase. Shootings don’t just happen in schools, https://t.co/FIzyTCvuA1

(2/4) they happen everywhere in America, and now one has happened in Waffle House. You can donate all the shooting shelters to schools that you want, but at the end of the day, we can’t build our world out of Kevlar – someone is making Mad Money off that.

(3/4) The local police say a man at the scene wrestled his gun away – looks like you don’t need to arm a teacher (or a resource officer) to stop a shooting. There goes the sales pitch for @SmithWessonCorp 🤷‍♀️

(4/4) Removing the assault and semi-automatic weapons from our Civilian society, instituting thorough background checks and mandatory waiting periods (and raising the buying age and banning the production of high-capacity magazines) are the ways to stop shootings in America.

According to The Daily Dot, Trump sent his press secretary out to do the work for him. Press Secretary Sarah Sanders then said, “The president offers his condolences to the victims and their families. He is monitoring the ongoing situation and the White House is in regular contact with state and local officials.”

I wonder how he’s monitoring the situation while also doing all that tweeting about a wall?