Sometimes event movies are the best. 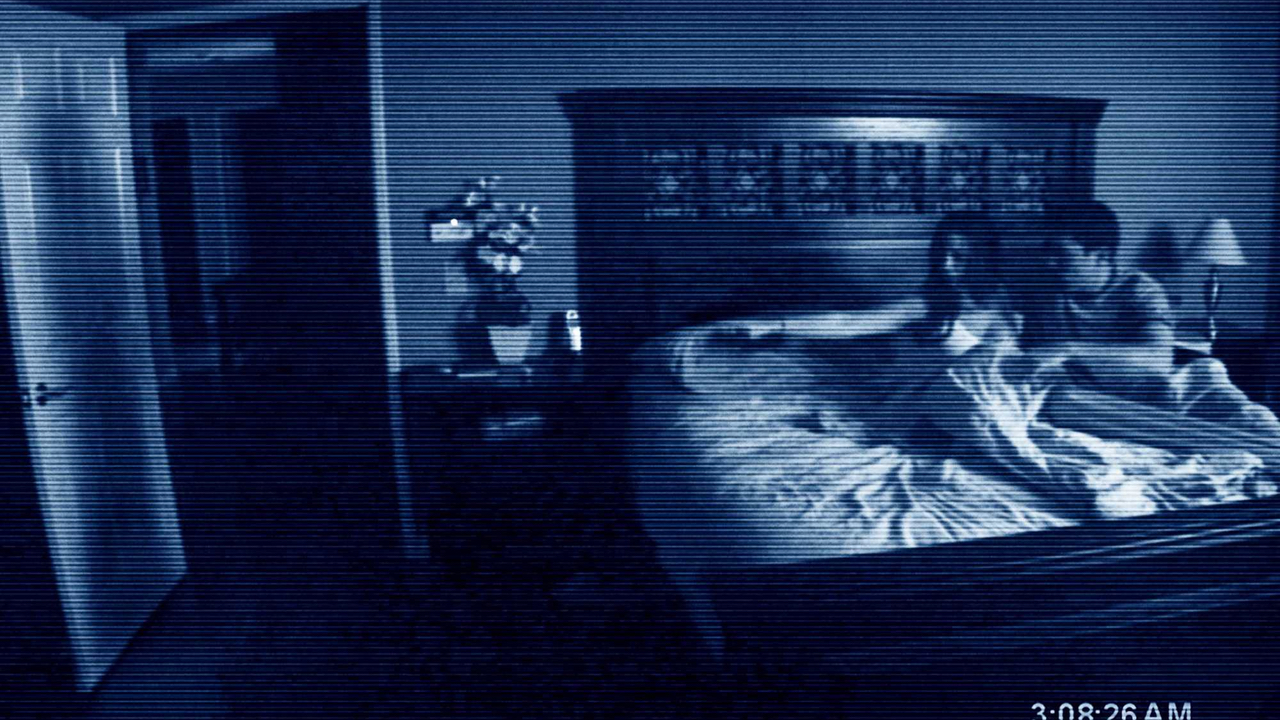 I distinctly remember the trailers for Paranormal Activity. They were less of trailers for the actual film and more footage interspersed with footage of audiences screaming in terror in the theater. The discourse around the film centered on it being absolutely terrifying to witness, with the tagline on the poster saying it was one of the scariest films ever made and taglines urging you to not see it alone.

It was the first scary movie I ever saw in theaters, so I suppose in a way I can thank the film for inspiring my love of my favorite genre. I had to sneak in to see it—I was a sophomore in high school who’d never snuck into an R-rated film before—and the audience I saw it with was far less enthused about the film than the one in the trailers. Still, my expectations at the time were met: it scared me senseless and I barely slept that night.

It’s easy to mock Paranormal Activity ten years on. It’s the source of multiple parodies, it restarted the sometimes ridiculous found footage genre, and the franchise dragged on a little too long. But when it first came out, without the gimmicks and with just the buzz, it worked incredibly well. It’s easy to see how it garnered such strong buzz. After all, what is scarier than something lurking overhead as you sleep and are unaware of the demon haunting your house.

The film also does an excellent job at building tension. We don’t start with a jump scare, just the characters going about their daily lives. We’re tense because, much like The Blair Witch Project, we know that doom is coming. We just can’t pinpoint where it will come from, or what form it will finally take.

Katie and Micah might not have been the most likable protagonists (though really, how likable would any of us be in a horror film) but they didn’t deserve possession and death, and the handheld camera and the fact the film feels more real due to a lack of music and CGI helps add to the terror of the situation. It feels like it could be happening to any real person. It’s intimate and that makes it scarier.

It also is the product of buzz. It’s easy to forget just how wild the buzz for Paranormal Activity was ten years later, but it stuck out in my mind how much of an event film this small indie was back in 2009. Despite first showing in 2007 at a horror film festival, the film was released to the general public with a new ending in 2009, first at twelve college towns (all but one screening was sold out), and later spreading to wide release slowly as more and more people demanded to see it.

It was an event film in the realest sense of the term. Just as the buzz is built around 2019’s major blockbusters, so was the buzz built around Paranormal Activity. Nothing draws moviegoers together better than a theatrical experience that promises something new. You don’t remember movies that were just so-so. You remember movies that were events, where the buzz drew you in, where you had an experience at the movie theater.

The film isn’t quite as scary outside of theaters. Some of the film’s magic is contained to those weeks in October where the ads and posters convinced us all that it would be the scariest theatrical experience we’d had since The Exorcist. However, it still holds up as a fun scary movie, which is truly what matters. Even if it didn’t age into being a classic (and since we’re only ten years out from the debut, it might somehow become one as time goes by), it is still an enjoyable ride.

Horror is a great genre to reflect on, because it either turns out to be a classic film if good or a rollicking good time if bad. The worst thing a horror film can be is boring, and the slow-burn tension and low budge fun of Paranormal Activity is anything but boring. I might look at the film with rose-colored glasses due to it being my first-in-theaters horror movie experience, but I like to think it still holds up. It drew the buzz it had for a reason after all, and even if it isn’t necessarily one of the scariest movies of all time, we can still appreciate that magical moment when it was. Who doesn’t love an event movie, after all?