Why Were the Panic Buttons Torn Out of Rep. Ayanna Pressley’s Office?

Who in the Capitol abetted the insurrection? 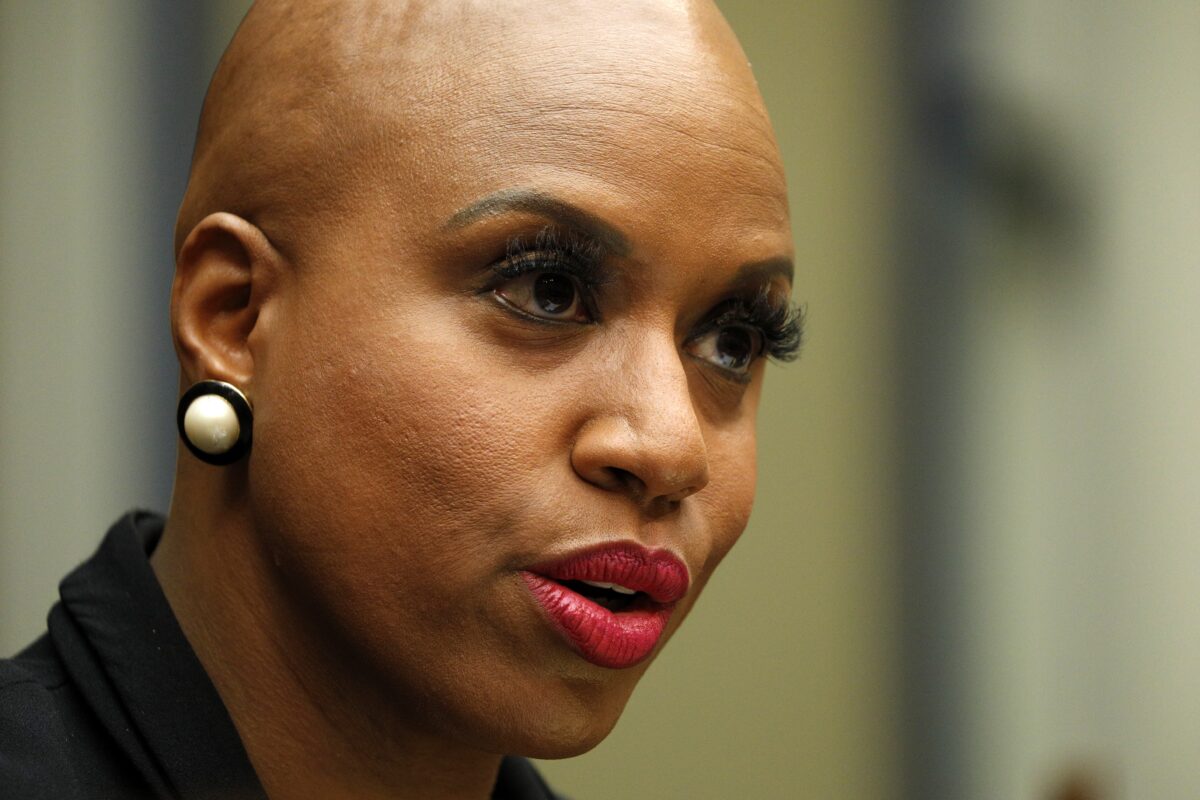 As more details emerge about the attacks and insurrection at the US Capitol, what happened only becomes more terrifying. Questions about who knew what was going to happen and paved the way for domestic terrorists to storm Congress continue to arise. The latest report raising concerns comes from the office of Representative Ayanna Pressley and it is beyond horrifying.

According to reporting from the Boston Globe, not only was the day extremely frightening for Congress members and their staff, but things were also amiss in their offices that should have protected them. Sarah Groh, chief of staff for Congresswoman Pressley, tells the Globe that when terrorists sent by President Trump attacked the Capitol and staff members barricaded themselves in Pressley’s office, the panic buttons that were usually in her office were gone.

“Every panic button in my office had been torn out — the whole unit,” she said, though they could come up with no rationale as to why. She had used them before and hadn’t switched offices since then. As they were escorted to several different secure locations, Groh and Pressley and her husband tried to remain calm and vigilant — not only of rioters but of officers they did not know or trust, she said.

This is concerning and horrifying on every level. As the first Black woman in Massachusetts’ Congressional delegation, a member of “The Squad” and a vocal opponent of President Trump, Pressley is used to threats. In 2019, thanks to, again, incitement from President Trump via tweets, Pressley received death threats from his supporters. The immediate concern here is that for some reason Pressley’s office was targeted in advance to have her security protections disabled because of her high-profile opposition to Trump.

Again, the word horrifying doesn’t feel adequate. For Pressley, this sort of horror is not new.

The acts of violence we saw last week were harrowing, but all too familiar.

The second I realized our “safe room” from the violent white supremacist mob included treasonous, white supremacist, anti masker Members of Congress who incited the mob in the first place, I exited. Furious that more of my colleagues by the day are testing positive.

This is just one more piece to add to the pile of mounting evidence some people who should have been working to protect members of Congress and our democracy may have been actively working to harm both. Look at the utter failure of the Capitol Police to do more than place a few flimsy barriers around the Capitol to prepare for what they were warned could be a violent event. Look at the failure of the Pentagon to send in National Guard troops quickly enough or even ahead of time. Something went wrong here and it was done intentionally.

Look at the recent accusation from Rep. Mikie Sherrill that some Republican members of congress abetted the insurrection and lead “reconnaissance tours” of supporters through the Capitol on the day before the attempted insurrection. Sherrill did not name those representatives, but it could be any number of the extremist Congress members who have supported the lie that the election was stolen and voted against certifying Joe Biden as the winner of the presidential election the same day the Capitol was stormed.

The help these members of Congress gave was material and essential to what happened. Ali Alexander, the extremist organizer of the “Stop the Steal” rally even shared on a since-deleted video that he was assisted in organizing the rally by Reps. Andy Biggs (Ariz.), Mo Brooks (Ala.), and Paul A. Gosar (Ariz.). These members of Congress and all the others who supported this attack on democracy should be expelled.

The insurrection at the Capitol on January 6th was planned. Trump’s supporters knew what they were doing. Hell, they even had t-shirts proudly declaring they were there for a civil war. We knew this is true. What remains to be discovered is how many people in power tried to help them. Whoever did so must face consequences with the utmost force of the law. No person who supports an attack on democracy itself gets to serve in our democratic government.